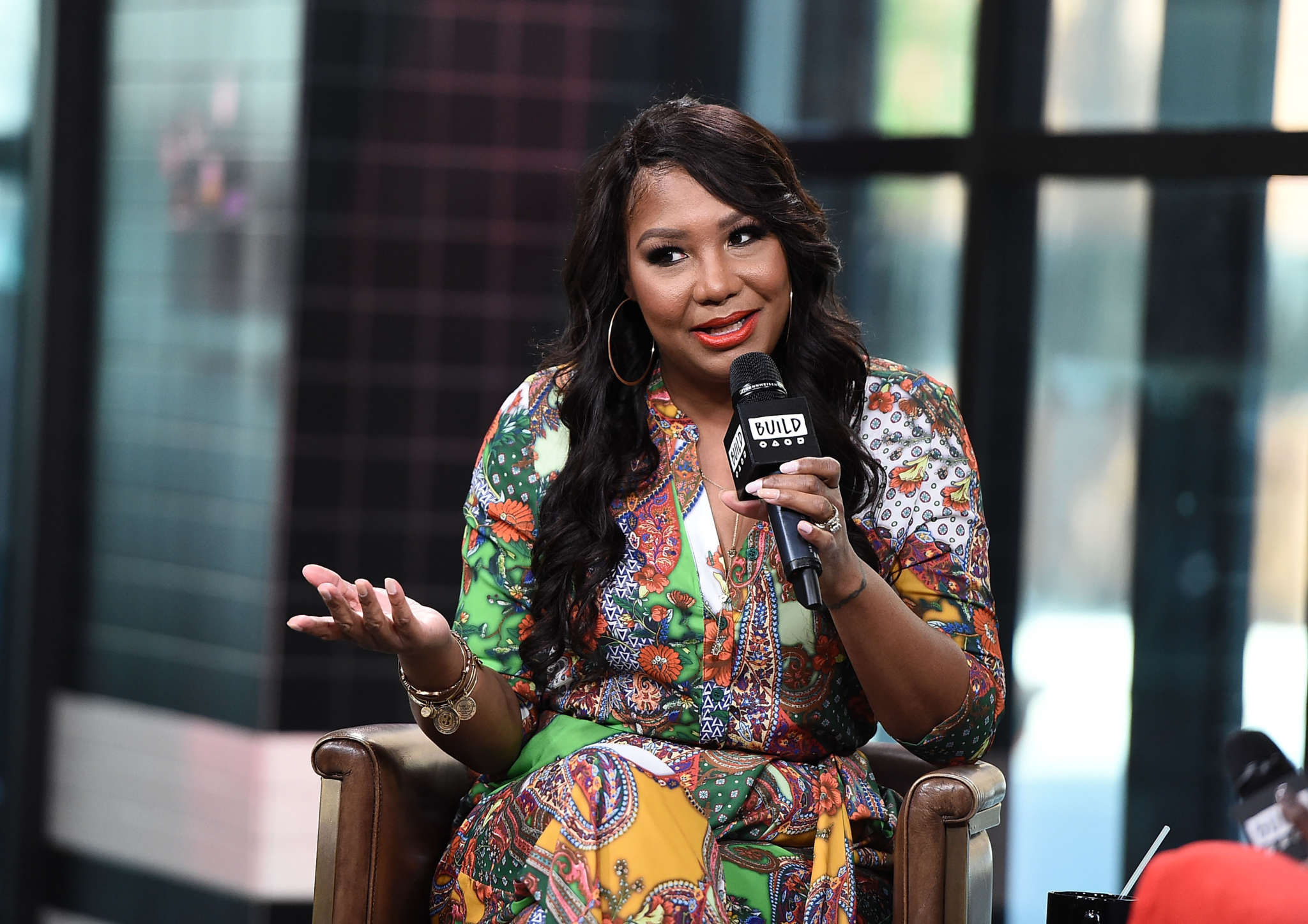 Traci Braxton recently shared a post to advertise her family series Braxton Family Values. Fans were not that excited as you will see for yourselves in the comments.

‘Y’all fight too much when they first came on they were drinking shopping for lashes. Getting along. Too much drama,’ someone said.

A follower defended the series: ‘but many families fight JUST like this and even worst. If you’re looking for a fairytale, this ain’t the show. I’m looking forward to seeing their realness as well as their growth. Im not looking for a perfect picture. And that’s where people mess up. Expecting butterflies and rainbows 🥴.’

I stopped watching when they started fighting. I preferred when they got along and enjoyed singing and dancing as a family. I can’t watch another group of beautiful women disrespect each other for money. Blessings to Braxtons family, but I can’t watch.

Someone else said: ‘Sisters argue, Traci just bring so much negative energy expecting all the sisters to kiss her behind because she took an opportunity away from herself. They don’t owe her anything. She’s filled with so much anger and resentment and try and take it out on the sisters instead of being real with herself. Traci is the ONLY sister that I’ve ever seen trying to get physical she so jealous of Tamar because she feels like Tamar take for granted what she would love to have/be. Take her off the show, and there will be no fighting.’

A follower said: ‘Not everyone was a hater and there were also people who sent love to Traci.’

Someone else posted this message: ‘I hope it’s a good season for you! You are truly an awesome soul! Your spirit and good energy stands out from the crowd…there I said it! 🤭🥰’

One other follower said: ‘I love all of you guys…but it seems that your chemistry as loving sisters has changed. I know we won’t know the truth that goes on behind the scenes, but I sincerely hope you all are good. ❤️’

In other recent news, Tamar Braxton filmed herself while in bed, wearing only racy lingerie and fans could not be happier to see her in such high spirits. Check out the video.

Dolly Parton is having a very busy 2020 and though it’s not a typical year, she’s still...

Are Joe Jonas and Sophie Turner Ready To Have Baby Number Two?

Are Joe Jonas and Sophie Turner ready to have baby number two? That’s what’s being...

November 28, 2020, No Comments on Yaya Mayweather Shows Off Her Baby Bump In New IG Post

November 28, 2020, No Comments on Ozzy Osbourne Says He Regrets Cheating on Wife Sharon in the Past

November 28, 2020, No Comments on Best Celebrity Friendsgivings Through the Years: Photos