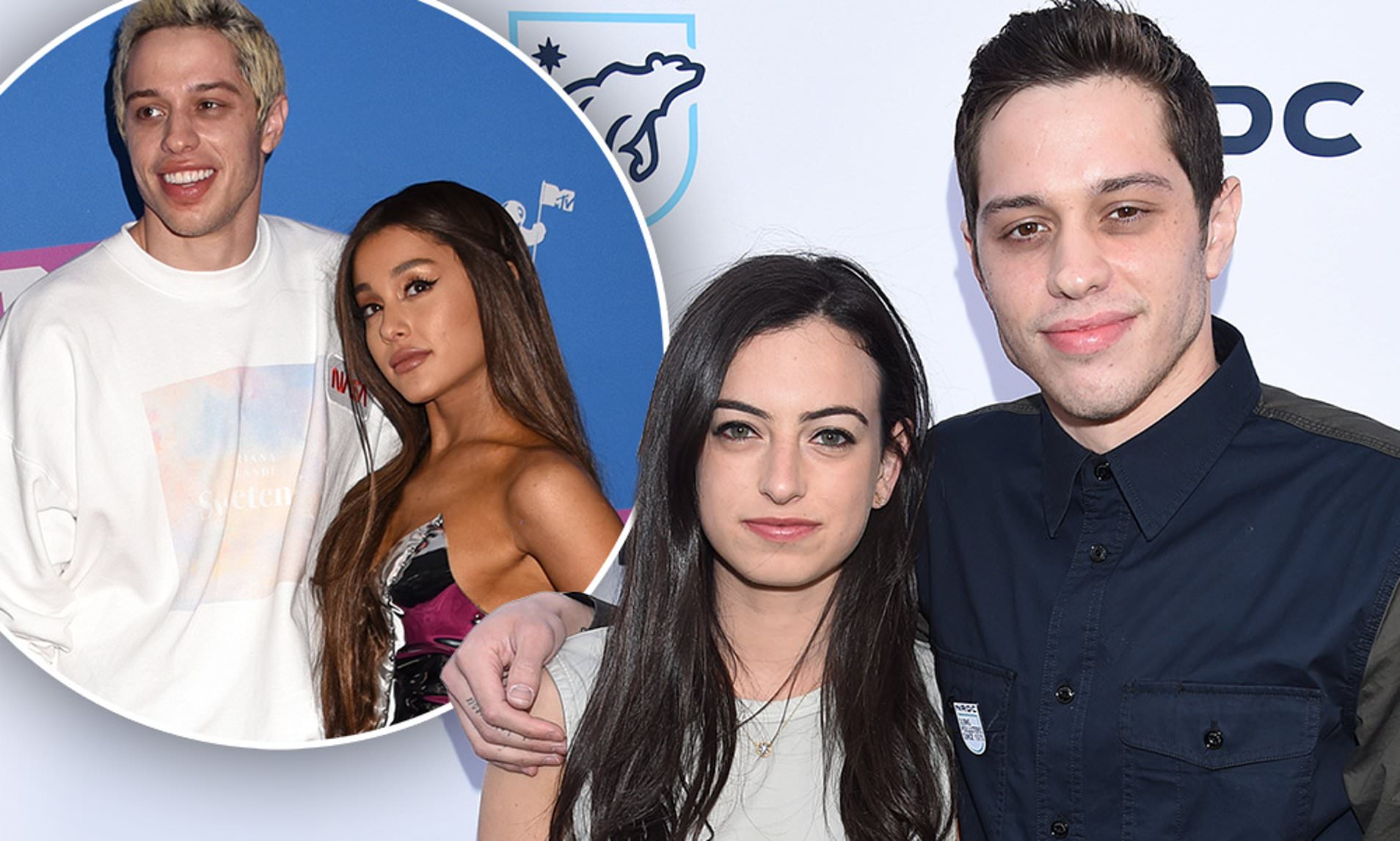 The Saturday Night Live comedian had no intention to hurt his ex, Cazzie David, when he started his whirlwind romance with Ariana Grande. Judging by her vulnerable essay for The Los Angeles Times, he really hurt her a lot and he ‘hates’ that he did!

At the same time, Pete Davidson still has ‘mixed emotions’ about Cazzie’s interview and her book that detail the breakup.

Rumor Control: Ariana Grande Not Pregnant — This Is Why She Rubbed Her Belly In ‘God Is A Woman’ Video »

This is what an insider shared via HollywoodLife and comes after Cazzie made many headlines by revealing that she ‘shook uncontrollably’ upon learning about Pete moving on with Ariana Grande.

It makes sense she was so upset! After all, he allegedly started seeing the singer only a day after dumping Cazzie via text message!

Ariana Grande To No Longer Attend The Grammys – Here’s Why! »

But Pete, despite apparently never intending to use his romance with Ariana as breakup revenge, still sees the end of his relationship with Cazzie a little ‘differently.’

The source shared via HollywoodLife that ‘Pete sees the relationship he had with Cazzie as something he enjoyed, but sees how it ended differently than she does. And when Ariana came into the picture, that was such a breath of fresh air for him that he went on that journey fast and furious because it felt so right. He doesn’t want people to feel bad, but with breakups, someone is going to feel pretty bad. Hearts were broken but Pete had to move on. He accepts that Cazzie is saying what she is saying, but he can’t pay too much attention to it and has to move on, which he has.’

Ariana Grande Says She Hardly Remembers Writing Thank U, Next »

However, all things considered, ‘The last thing Pete ever wanted was for Cazzie to get hurt because of anything that happened between them. Pete was also figuring out his own stuff at the time and needed to decide what he wanted in terms of going back to what he had with Cazzie or starting a new chapter with Ariana.’

Trina Braxton Impresses Fans With Photos Of Her Thanksgiving Meals

Ammika Harris shared new pics on her social media account in which she is wearing a really...

Ben Affleck and Ana de Armas have spent their first Thanksgiving together as engagement...

KUWTK: Rob Kardashian Is ‘Thankful’ For Little Dream On Thanksgiving!

On Thanksgiving, Rob Kardashian just had to pay tribute to the most important person in...

Audrey Hepburn: A Hollywood icon scarred by the loss of her father and baby girl | Ents & Arts News

November 30, 2020, No Comments on Audrey Hepburn: A Hollywood icon scarred by the loss of her father and baby girl | Ents & Arts News

I Almost Didn’t Fly to L.A. to Be on ‘American Idol’

Trina Braxton Impresses Fans With Photos Of Her Thanksgiving Meals

November 29, 2020, No Comments on Trina Braxton Impresses Fans With Photos Of Her Thanksgiving Meals