Nikki Haskell On Her Latest Invention, Upcoming TV Project, And Why She Didn’t Go To The Studio 54 Exhibition


The glamorous Nikki Haskell couldn’t find the best way to take a selfie, so she took matters into her own hands and invented a way. It took her eight years to create her latest invention, Star Shooterz: a multipurpose way to take the perfect photo and light yourself. We recently hopped on FaceTime with the Studio 54 legend (while she was chumming around with Clive Davis in Miami no less!) to hear about her latest project and get the details on her TV project in development. What superstar does Haskell want playing her? Read on!

Tell me about the Star Shooterz. How did you come up with this idea?
I’ve been inventing my entire life. And, one day, after the 97th time that my phone fell into the sink after I had propped it up against the wall, I thought to myself, ‘I have just got to find a fabulous [stand]. I couldn’t find one. And I thought, ‘Maybe I should design a case.’ So that’s how it started. And then I thought, ‘Well, why don’t we put some lights around it?’ and ‘Why don’t I make it so it stands up?’ It took me eight years because, first of all, when I started, selfies were a fad. Nobody took the selfie market seriously. And now, this year there’s going to be 30 billion selfies.

Tell us more about the product!
The more I use it, the more I enjoy it because it’s very light and it’s good protection for your phone. I don’t know about you, but I can never get a good selfie. With the Star Shooterz,  you can get just the right distance away for getting a good picture. This way, you get great pictures.  Everybody loves the case. It’s got LED lights and it’s got Bluetooth, so every second you can take a picture. I would never carry a selfie stick, because there’s no place to put it. I’m an all-in-one type of girl, and this stands up, lights up, and turns into a selfie stick, so it’s a multipurpose thing for me. I put my makeup on with it. 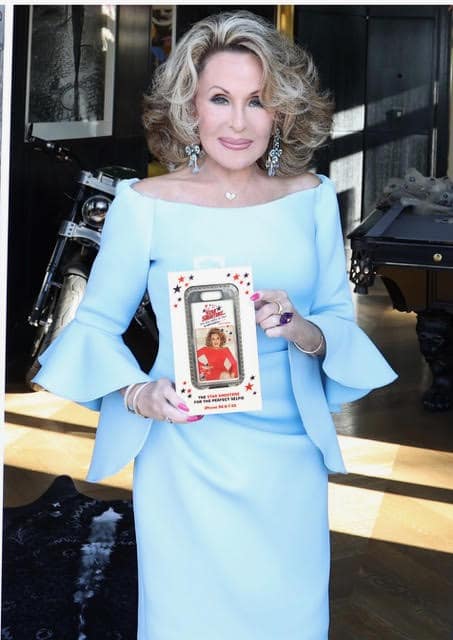 What are some of your other inventions?
I have the StarCruncher equipment, which is on Amazon Prime. Actually, we just sold out of StarCrunchers. I invented it on the dance floor of Studio 54. I thought, ‘Wouldn’t it be great if I could exercise and not go to the gym and just sort of dance?’ So I came up with the idea there. That took me years to make, too. I couldn’t find anyone to make it and I wanted a special hook, so I had to design the hooks myself. Everything is complicated, nothing is easy.

What would Studio 54 have been like if there were camera phones?!
Can you imagine? I had my television show, The Nikki Haskell Show, at the time. They wanted to shoot it in the studio, and I wanted to shoot it in Studio 54 because I liked going to discotheques every single night. I thought, ‘I better come up with a really clever idea about the fact that I like to go dancing every night!’ Otherwise, they’re going to start a discos-anonymous and they’re going to turn me in and I’m not going to be able to go.

Ha! I’ve seen you dancing at Giorgio’s in LA.
That’s my favorite place! I’m like a Giorgio’s junkie.  I do my best thinking on the dance floor. All the good ideas I ever came up with, I came up with on the dance floor. And I love Giorgio’s. I think it’s so much fun. In fact, they’re doing an adaptation of my life—a sort of a cross between Sex and the City and The Marvelous Mrs. Maisel. I originally wrote it as a screenplay, and it’s going to go all the way through to Studio 54. The other [Studio 54 projects] that have been done in studio, one was through the eyes of a bartender and a coat checker, and the other was through the eyes of Ian Schrager, but they’ve never seen the story through my eyes.

Do you have any other inventions in the works?
I have put a clamp on my inventions at the moment. I came up with some great new invention the other day and I was like, ‘Uh oh! Don’t start now.’ It takes too long and it’s very expensive between the patents and the trademarks. I can’t even tell you. Right now, my main concentration is, of course, the Star Shooterz. We may do a licensing agreement for the U.K. and Africa, so I want to make sure I get all my products in perfectly. It’s the first time I’ve done anything like this. But it’s in such an amazing market because everyone takes selfies.

You go out a lot. Are you dancing at home? What have you been up to this year?
You know, I was really lucky. At the beginning of the quarantine, Clive Davis called me and said, ‘Do you want to come to Palm Springs for a week?’ And I was there for 14 weeks, so that took care of that. And being in Los Angeles was pretty much OK. We had a lot of restaurants here. And then I just spent a month in New York. There’s no parties, and there’s no events and things like that. But at least you can get out and go to restaurants. Now I’m in Miami, which is just about open.

Tell me more about the TV show in the works!
Right now it doesn’t even have a name. It will be done by the beginning of the year at the latest.  I said I wanted it to be a movie, but movies aren’t really selling. The things that are doing much better right now are television shows. I said ‘Fine with me. Sounds good to me!’ So I’m working on that. And, you know, I paint. I’ve been painting a lot because I think what I’m going to do is I’m going to do is a calendar, a book, or, like, a diary, and each page is going to have one of my pictures on it. It’s called ‘Ports of Call.’ I’ve been painting my whole life, but what I started to do was I started to take my paints when I traveled because I ended up taking so many pictures of Saint-Tropez. I started painting, and I’ve done 150 of them. 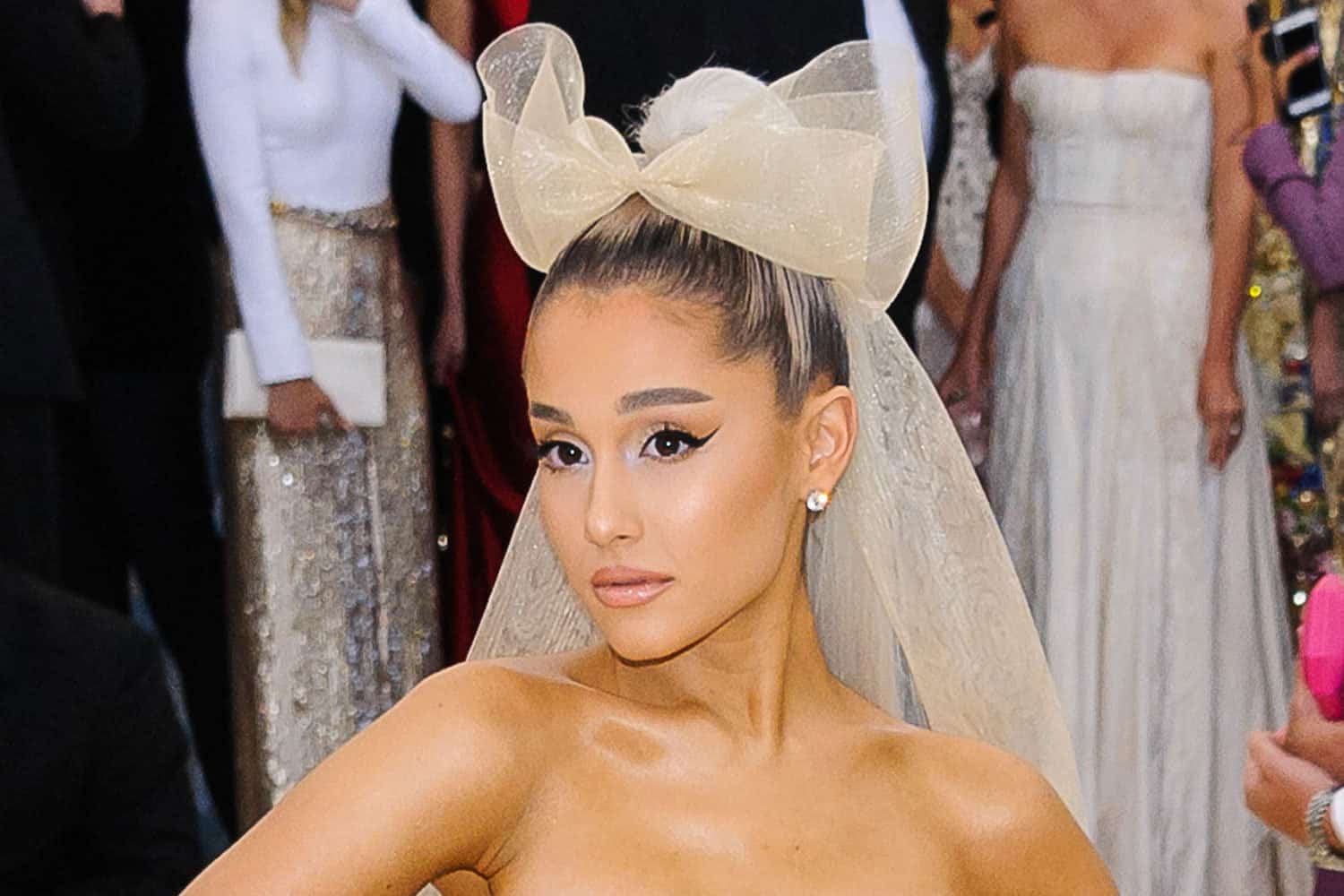 I love that. That’s very smart.
She’s little and petite─the way I was when I was 21. You know, I was brought up in Beverly Hills, and I moved to New York and I became one of the first five female stock brokers, so that’s where it opens. I was married and divorced twice with the same person.

Did you go to the Studio 54 exhibition at the Brooklyn Museum?
Actually, I didn’t. And I was going to go, but since they didn’t use any of my footage, I figured why bother.

It was great but there were a lot of missed opportunities.
I called the man who was doing it and I said, ‘I have all this footage from Studio 54,’ and he just sort of passed on it. I said I was more than happy to give it. Usually, I get $5,000 a minute for my footage. But, because it was an exhibition and something that I felt very close to, I was happy to let them use my footage. He didn’t even get back to me.

New mom Gigi Hadid has quietly revealed the moniker she chose for her baby girl, whom she...

Peter Brant Jr. penned a tribute to his late brother Harry, who passed away on Sunday after...

Physically: we’re persevering through the blistering cold on the East Coast. Mentally:...

Known predominantly for being one of the world’s top tennis players, Naomi Osaka recently...

January 24, 2021, No Comments on ZESICA Sherpa Pullover Feels Like a Warm, Fluffy Cloud

January 24, 2021, No Comments on Hannah Brown Hasn’t Worked Out for 5 Months Due to ‘DWTS’ Injuries