Nikki Bella And Artem Chigvintsev – Inside Their Holiday Plans With Their Baby Boy! 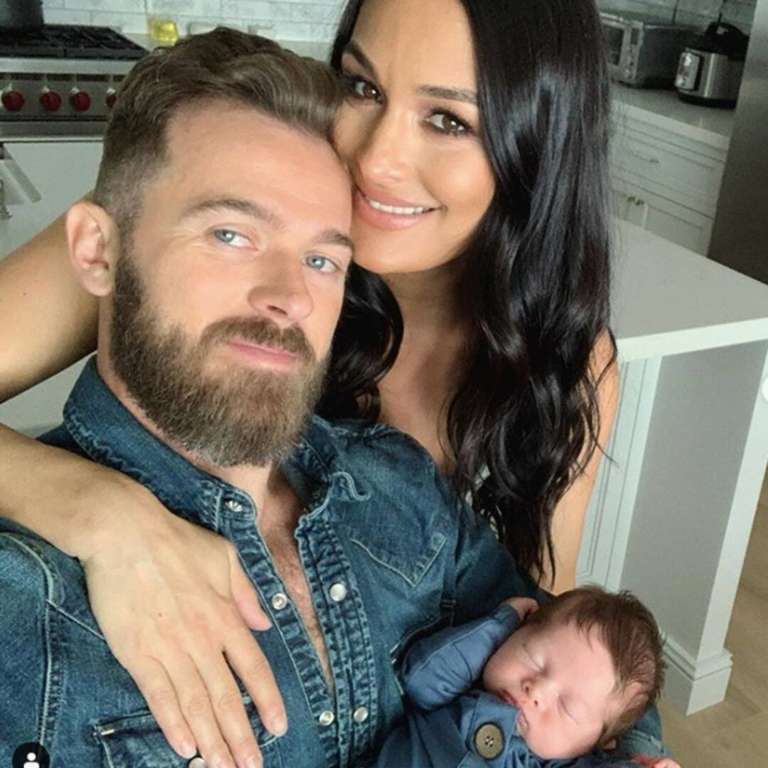 Nikki Bella and her fiancé and baby daddy, Artem Chigvintsev, are reportedly looking forward to the winter holidays! After all, not only will they get to spend those magical days with each other, but this year is extra special since their baby boy, Matteo is joining them as well!

Nikki Bella Admits She Wants John Cena Back As Well, After He Says The Same Thing! »

Nikki Bella got the best early present from Santa ever – her new son!

He came on the last day of July and it’s safe to say that there was nothing else she’d ever wanted more but now that the holidays are right around the corner, she is even happier to have her son by her side during this magical time.

That being said, one insider report claims to know what plans she and Artem have for Christmas this year!

The source told HollywoodLife that ‘Nikki has a lot of holiday family traditions that are going to be extra special this year since she has Matteo now. She and her family have a dinner they do every year before Christmas that was started by her grandfather when she and Brie were little. It is all about the grandkids, and now the great grandkids, and for the first time, Nikki will be there with her own child. That is going to be extremely special, and she is really looking forward to that. But the best part about the coming months will be having Artem back all to herself. She truly cannot wait.’

In the meantime, Artem is still on Dancing with the Stars, hoping to bring home the DWTS mirrorball trophy for the holidays!

Nikki is really rooting for him to win but, most of all, the insider stressed that she ‘can’t wait until he’s back home full time with her and Matteo. It’s going to feel amazing to have him back in time to officially celebrate their first holiday season together as a family.’

As you might have heard already, Ariana Grande has tied the knot with Dalton Gomez and...

David Adefeso Talks About Cryptocurrencies In His Most Recent Video

David Adefeso is talking about cryptocurrencies in this most recent video. Check it...

Jordyn Woods and her mother recently addressed modern dating. Check out the post that...

May 18, 2021, No Comments on Inspiring Women: Talking Bling With The Founders Of Covetable Jewelry Brand Jemma Wynne

May 18, 2021, No Comments on Henry Cavill’s Girlfriend and Fan Drama, Explained

Do you REALLY need skincare tools and devices? Expert weighs in

May 18, 2021, No Comments on Do you REALLY need skincare tools and devices? Expert weighs in

May 18, 2021, No Comments on Coldplay to Livestream Concert Supporting Red Nose Day 2021