Meet The Male Model Discovered While Working At The Polo Bar


It’s the discovery that many aspiring models are dreaming of: discovered while working their part-time gig at a restaurant. Such was the case for Niyo Malik, who was discovered while hosting at The Polo Bar in New York City. He quickly signed with IMG Models and—in a true full circle moment—ended up modeling for Ralph Lauren! He tells us about the incredible obstacles he’s overcome to get there.

Let’s start with your background! Where are you from?
I was born in New Orleans. My family moved to Georgia in 2005, because everyone had to move because of Hurricane Katrina. Originally, I was just living a regular family life with my mom and my dad. They had a super tumultuous  relationship and, eventually I went to go live with my aunt after my mom passed away. Pretty much my entire upbringing has been with my aunt. She kind of took me in when she was in her late twenties. She’s the bomb.com.

We hear you also helped raise your younger brother.
My rundown is, my mom and dad had a horrible domestic violence situation. In 2005, he went to jail after he murdered her. It took a toll on my connection with my family because my dad’s side of the family didn’t really communicate with us. It was me and my brother, who I’m biologically connected to. Whenever I think of doing something stupid, I think, ‘Oh my gosh, I have this other person that expects me to actually be an adult even though I’m just now figuring out my life.’ He thinks I’m super rich now that I’m modeling and I’m like, no I’m still very regular.  He’s 16-years-old.

How old were you when that happened with your parents?
It was right after my eighth birthday, so I was super young. I have my memories of my parents, but my aunt has been a mother figure. I’m very grateful to her. 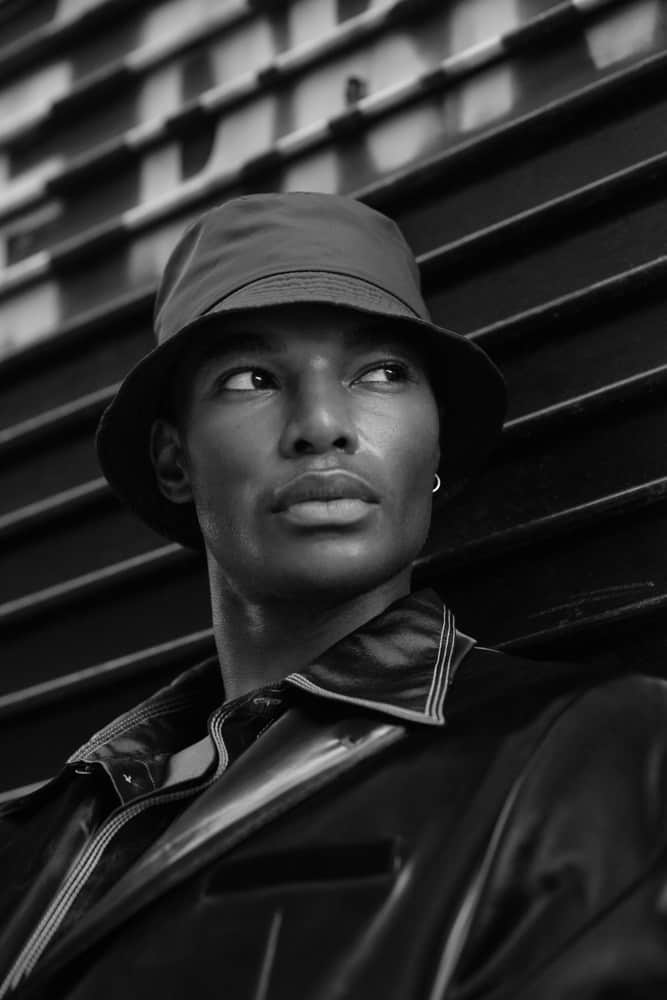 What brought you to New York City?
Originally I moved to New York because I was going to study education at Brooklyn College. I was doing my masters and I was just going to become a teacher. At the time, I wasn’t t sure what I wanted to do exactly, but I knew I wanted to do something that’s impactful, but also is going to make me a living because I didn’t want to be one of those people who are like, ‘Oh, I want to make the world a better place,’ and then be struggling. And that’s kind of how I fell into modeling, too,

We hear you were discovered at The Polo Bar.
I was a host there. I was about to leave for the day and then my manager was like, ‘Hey, someone wants to talk to you.’ If you’ve worked at a restaurant before, you know [when you’re like] ‘OK, I’m ready to go home. I’m not trying to talk to guests.’ But I just kind of put on my normal personality and I went out and was like, ‘Hey, what’s going on? Is everything OK?’ And the scout said, ‘Oh, yeah, everything is fine.’ We had small talk and then he asked for my Instagram handle.

And now you are signed with IMG and shooting with Ralph Lauren!
Honestly, I could not have imagined it.  I always had an affinity for fashion and photography, but I didn’t really understand how everything worked. My managers said, ‘What’s a goal that you have?’ And I was like, ‘Well, it would be cool to work with Ralph Lauren.’ And through whatever magic they worked, or however the process is, I ended up on set. It’s crazy because, once I met the Ralph Lauren team, I recognized a lot of the members and they were like, ‘Oh wait, you worked at the restaurant!’ I didn’t think that modeling was hard until I got to set and realized it’s, like, 30 people looking directly at you while you stand and take the pictures. It’s really fun. 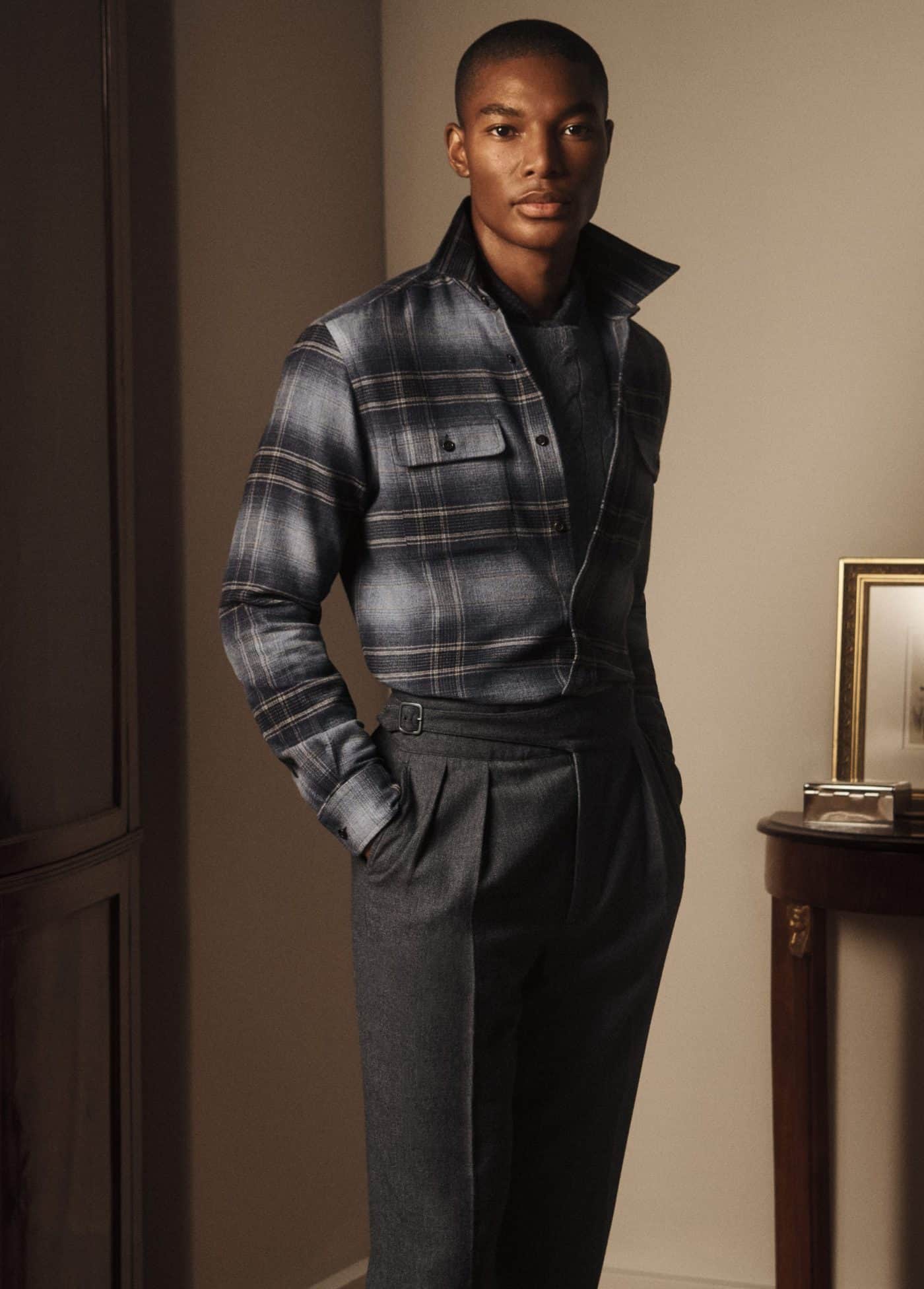 What does your family think of your new job?
It’s crazy. My brother is a typical 16-year old. He’s kind of like,  ‘This is your job?’ My aunt was kind of weary, but she came to set and I think she recognized modeling is a real career, and we got to have a really candid conversation about my life, what my expectations are. I’m now recognizing the power of representation and visibility.

Who are your dream photographers you’d like to work with?
I have a dream of working with anyone. I actually have a long list. Steven Meisel is number one.

What’s this year been like for you?  How are you dealing with life in a COVID world?
This year, despite all the chaos going on in the world, I think my microenvironment has been a lot better. I’ve reconnected with my family for the first time in a really long time. I went back home in the beginning in March, when COVID first struck. It was really interesting because it was my first time living back home in a really long time. I got really in tune with understanding the bigger picture, understanding that the human experience is a shared experience, and you can’t just go through life without being connected to people. I also finally started working out, which was fun.

For the first time ever in your life?
Well, I played soccer and I ran cross country in college, but I never really worked out in my adult life. I was always really skinny. So I was like, ‘OK, now I’m going to get super ripped.’ Well, not super ripped because I’m not trying to be muscular. 2020 has been a really good year. I have a really fun career. I’m more in tune with what my purpose is here, rather than just working part-time at a restaurant and teaching physics.

I might make the headline of this article, “Meet the only person who had a good 2020!”
As good as it can be! I mean, I know there’s still so much going on, literally from what’s going on in Nigeria, COVID, and horrible race relations finally coming to a head. But I’ve learned not to fight every single battle because you have to just live while things are going on. What are you going to do? You can’t control everything.

Anything else we should know about you?
I’m a Libra.

Do you read your horoscopes often?
Every day!

Anything else?
Right now I’m studying for the LSAT. That’s how I spend the majority of my time when I’m not working. I’m going go juggle law and modeling. After seeing what happened with Breonna Taylor, I realized I have to go to law school because this is something that’s just so unfair and disproportionately affecting people that happen to look like me. And, really the only way to change it is sustainable change, like a career in law or through a career in public policy. I’m really trying to make the most of modeling while still keeping in mind that the larger picture is impact and public policy.

Very impressive. We hear you’re also gay.
99.9%. Yeah, it’s so crazy. I feel like I say 99.9% when I’m like 70%. It’s crazy when people I’ve been meeting in fashion, specifically a lot of models, are like, ‘Oh wait, you’re gay? And you’re just openly who you are?’ And I’m just like, ‘Yeah!’ If I’m not authentically myself, what are we doing? If I can’t walk into every room as myself, I’m not being authentic and then the whole person that my career is built on isn’t someone that actually exists; it’s kind of like this fantasy person. 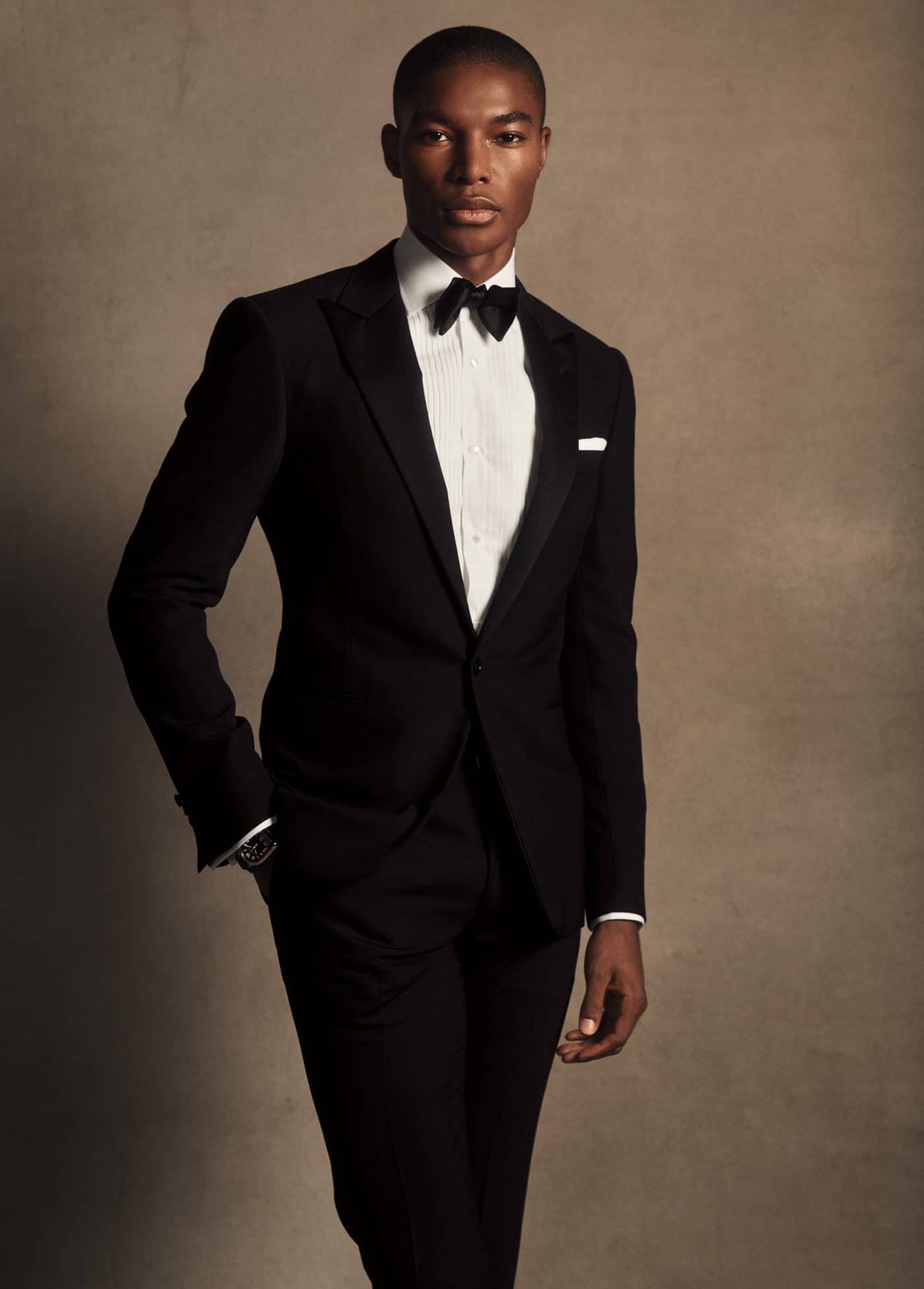 Justin Bieber Reveals How Hailey Got Him Through His Worst Moments

If you thought you knew Justin Bieber, think again. The superstar singer and Drew House...

L’Officiel USA has unveiled its May 2021 cover boy…and it’s none other than Nick...

Women’s History Month might have ended, but why should we stop shining a well-deserved...

‘The Bachelor’ Franchise Helped Me Come Out as Gay

April 14, 2021, No Comments on ‘The Bachelor’ Franchise Helped Me Come Out as Gay

April 14, 2021, No Comments on Phaedra Parks Has A Message About Daunte Wright