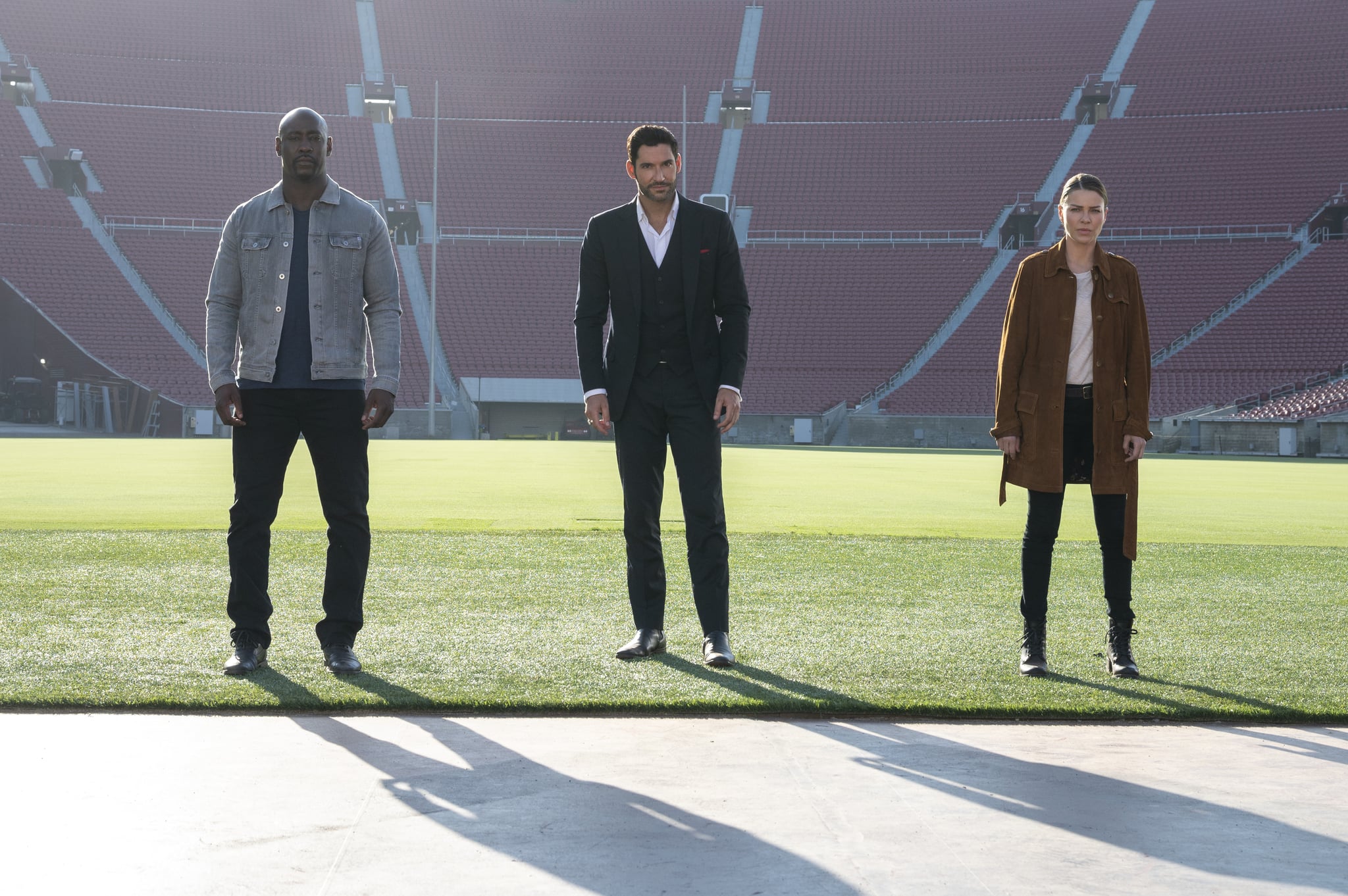 Whoa, part two of season five of Lucifer was definitely worth the wait. In just eight episodes, the fantasy series was able to pack in more twists and turns than we imagined possible, and now we’re left with more questions than we started the season with. And how about that season finale? Wild! If you’re still processing what happened, allow us to break down that final episode, because it was truly a lot to handle.

By the time we get to the season five finale of Lucifer, Michael and Lucifer are ready to battle it out for God’s throne at the Los Angeles Memorial Coliseum. Lucifer is joined by Chloe, Maze, and Amenadiel, while Michael brings his not-so-angelic army of supporters to back him up. At first, it seems like everything is going according to plan and Lucifer is winning the fight, but as it intensifies, Chloe gets caught in the crossfire while retrieving the key to the Flaming Sword and Michael stabs her to death.

In her final moments, Lucifer runs to Chloe’s aide and apologizes to her, saying, “This is all my fault,” as he begins sobbing. “Lucifer, we make our own choices. I chose to be here,” Chloe responds before assuring him that she’s made peace with her guilt over Dan’s death. “And Dan — what happened to Dan is . . . is not my fault and this is not your fault. It’s not your fault. I love you.” Shortly after, we see Lucifer fly up to heaven to save Chloe, even though he’s well aware that he’s been banished and will die if he even tries to go to heaven.

Meanwhile, in heaven, we see Chloe having a peaceful picnic with her dad before she’s reunited with Lucifer, who has come to rescue her back to Earth. “It’s not your time. You need to come back,” he tells her. After Chloe agrees to return to Earth with him, Lucifer informs her that there’s not enough power left in his ring for both of them to return, so she’ll have to go alone. Lucifer is finally able to tell Chloe that he loves her as he transfers his ring onto her finger and he disintegrates. Chloe is then shown back on Earth, fighting for her life once again as she battles it out once more with Michael. Only this time, she has the Flaming Sword on her side and she’s able to defeat Michael for good.

As for Lucifer, we’re initially led to believe that he dies in heaven after he gives his ring to Chloe, but we can’t have a show named Lucifer without the titular character, right? As Chloe is fighting Michael, Lucifer reappears on Earth with a pair of white angel wings and is able to stop Chloe from killing Michael. In turn, Chloe hands the key to the Flaming Sword over to Lucifer, who uses the weapon to cut off Michael’s black wings. “No more killing,” he tells him. “In my time here on Earth, I’ve learned everyone deserves a second chance — even me. Even you, Michael.” Chloe then asks Lucifer how it’s possible for him to be back on Earth, to which he simply replies, “I don’t know.”

Who Wins the Celestial War For God’s Throne?

In that moment, it’s made clear who has won the celestial war: Lucifer. We still don’t know how Lucifer was able to return to Earth and what’ll happen next now that he is God, but we’re sure to find out when Lucifer returns for its sixth and final season.

Gigi Hadid is making sure Zayn Malik’s first Father’s Day is a special one....

It’s been seven years since the death of Paul Walker, but his Fast & Furious...

Scarlett Johansson is glad to see the industry evolving after playing Natasha Romanoff...

In honor of Juneteenth becoming a federal holiday, Macy Gray is calling for the American...