KUWTK: Kourtney Kardashian Tattoos The Words ‘I Love You’ In Her Own Handwriting On Her Man Travis Barker In New Clip! 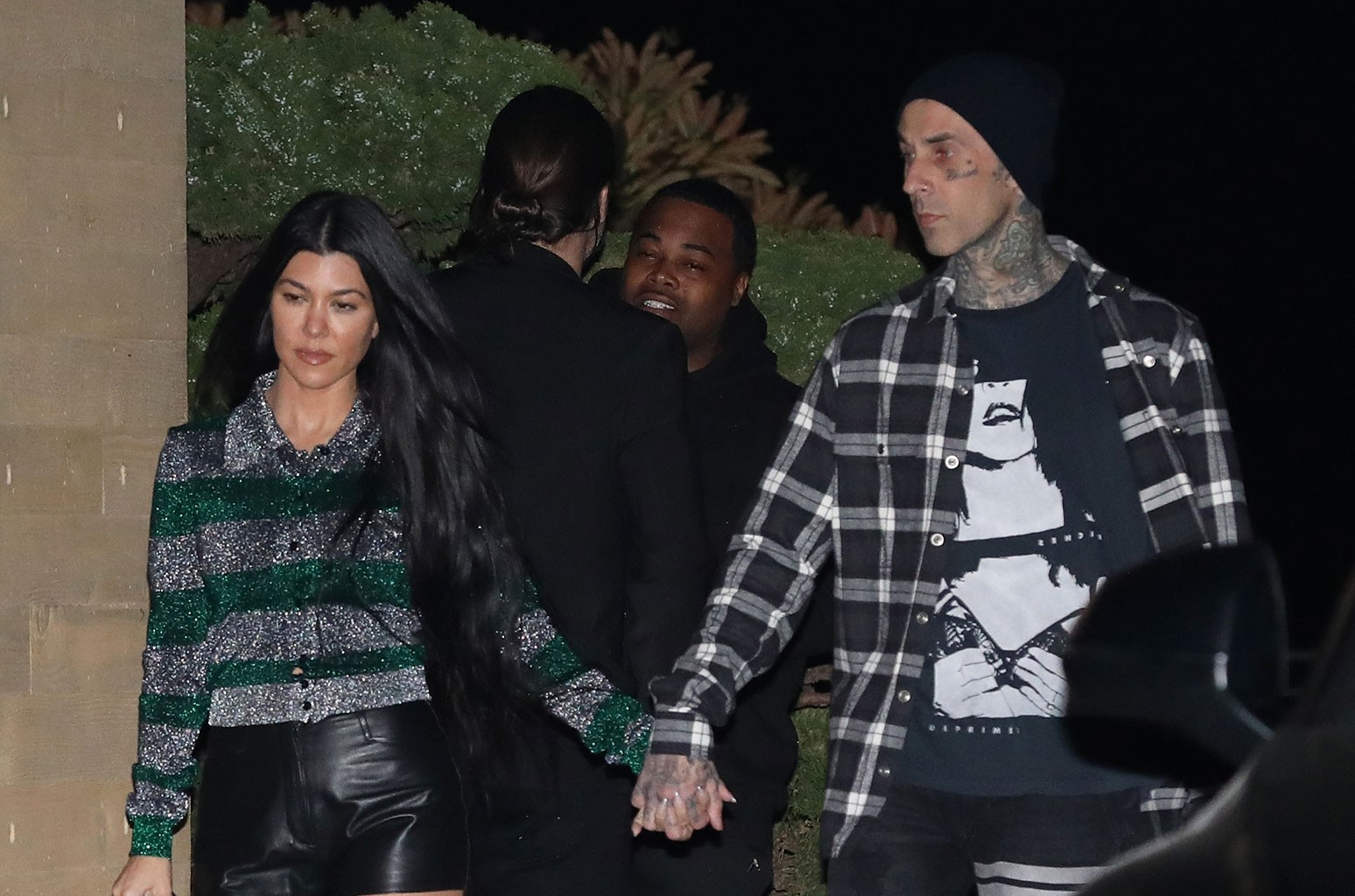 The Keeping Up with the Kardashians reality show celeb is making her love for her man, Travis Barker , very clear and so is he! After all, Kourtney Kardashian has apparently tattooed ‘I love you’ on her boyfriend!

That’s right, now the three words can be read on his arm in her handwriting and it’s permanently there so it seems like they are not afraid of some real commitment even though they haven’t been together for that long.

Furthermore, it just seems like the reality TV star is experiencing new things with Travis, one of them being learning to apply permanent ink on someone!

It’s no secret that Travis Barket is a big fan of tattoos and he has most of his body covered in them so it makes sense that he was not nervous at all about having Kourt experiment on him.

Kourtney took to her IG page to share pics and footage of the new ink added to her beau’s large collection of body art and it’s safe to say that it came out great and that Travis will treasure it forever.

RELATED: T.I.’s Daughter Deyjah Opens Up About Her Struggle With Depression, Self-Harm And Suicidal Thoughts In Candid Video!

The first snap features the mother of three with a tattoo gun in hand, looking very focused as she looked down at his right arm and applied something onto it.

As for the clip, it shows Kourtney confidently using the tattoo gun while wearing a pair of black gloves.

In the caption, she simply wrote: ‘I tattoo.’

Another pic was of the Kardashian practicing her handwriting on a piece of paper and she had a big smile on her face while her boyfriend had an arm around her while checking out the piece of paper.

Many were shocked to realize that Kourt cares about Travis so much that she would tattoo the words ‘I love you’ on his skin.

KUWTK: Khloe Kardashian And Kylie Jenner Update Fans On Where They Stand With Jordyn Woods Nowadays After Her Tristan Thompson Scandal!

Fans remember that once upon a time, Jordyn Woods was Kylie Jenner’s BFF! However,...

KUWTK: Khloe Kardashian Reveals Her Brother Rob Kardashian Is Dating Someone And Opens Up About His Relationship With Blac Chyna

Much to the excitement of fans who miss Rob since he’s left the spotlight, his sister,...

KUWTK: Scott Disick And Kourtney Kardashian – Here’s Why They’re Never Getting Back Together!

No matter how much fans of Keeping Up with the Kardashians want to see Kourtney Kardashian...

June 21, 2021, No Comments on ‘Zola’ Movie: Taylour Paige on Playing a Twitter-Stripper Superstar