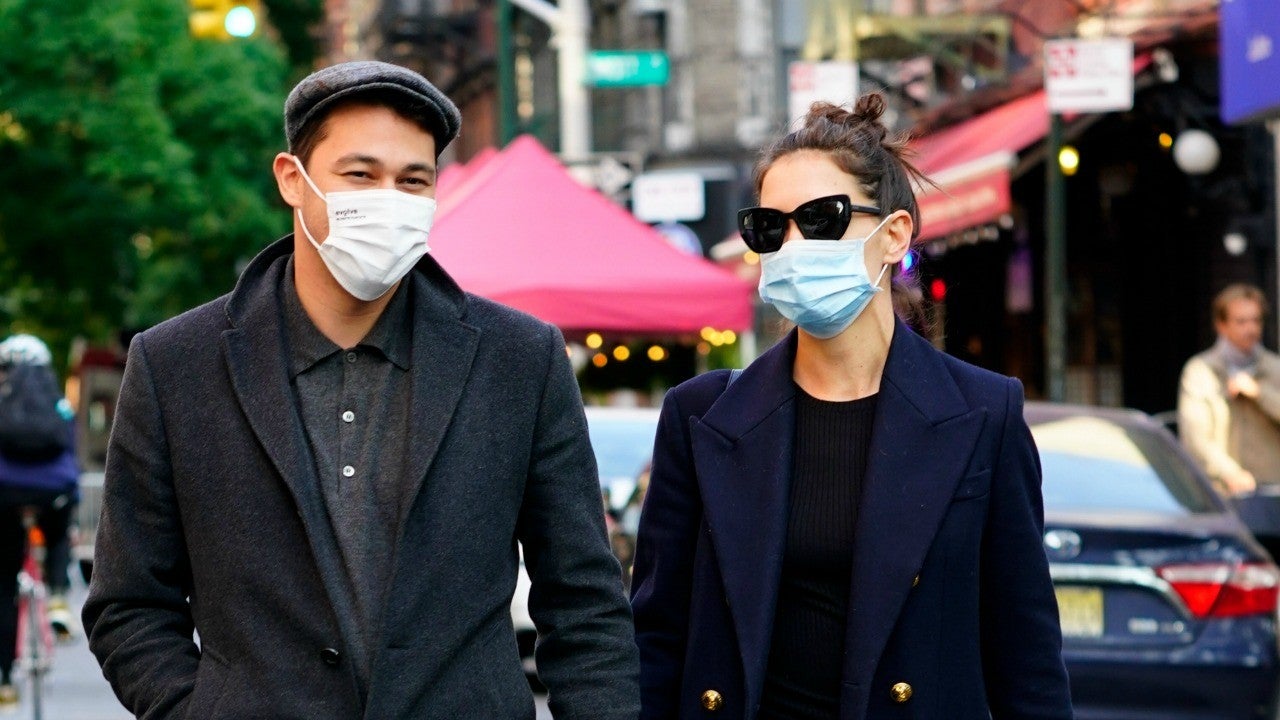 Katie Holmes has a brand new man in her life and one source tells ET that her friends are big fans of him! Apparently, the pals have met the actress’ new boyfriend, Emilio Vitolo, and they think he is perfect for her!

In fact, the way the insider put it was that they are all ‘obsessed with him,’ which is great for Katie, since her friends know her the best and would want the what’s best for her as well.

Besides, they have an outside perspective on the man while she sees him with rose colored glasses because of her feelings.

So when he got the approval of all of the actress’ close friends, she knew that he’s the one for her!

The two started their relationship during the pandemic, which is why it took Holmes a while to introduce Vitolo to pretty much anyone else in her life but, recently, she managed to do that in a safe way.

Some of her closest friends got to meet him while eating out together at a NYC restaurant.

Now, one source tells ET that they absolutely all loved him, and thought he’s ‘the most charismatic man she’s ever been with. He’s so funny and confident and gets along with everyone. Best of all, he is so attentive and affectionate towards Katie.’

Katie and her chef boyfriend were first linked romantically back in September when they were spotted out and about.

One source told the same news outlet at the time that they were serious.

‘They adore each other and cannot get enough of one another. Katie’s like a teenager in love now – he makes her all giddy!’

Since then, they have been seen on many occasions, even packing the PDA with no problem! Do you really think Vitolo is the one for Katie Holmes or not?

Cynthia Bailey is on a health kick and her fans and followers cannot get enough of her....

July 31, 2021, No Comments on Best Wardrobe Staples For Women From Old Navy