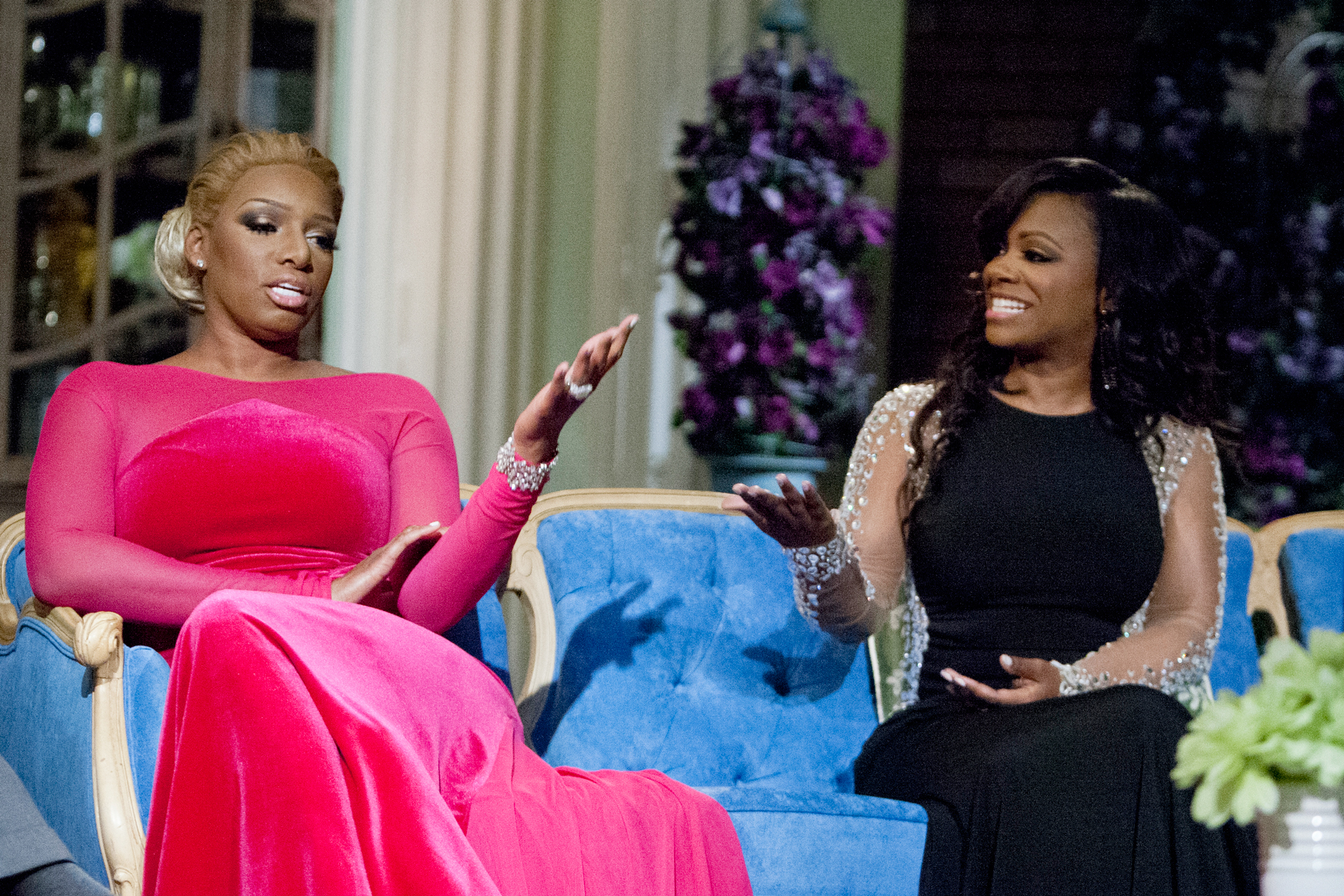 Kandi Burruss and Nene Leakes have always had a hot and cold relationship. These days — it’s cold.

Kandi recently revealed that she saw her castmate at a restaurant. However, the Glee alum may have given her the cold shoulder.

The singer told People Magazine that they have not spoken since the reunion where they went head to head with each other but they have been in the same place at the same time.

‘This is the funny thing! I have seen her; I don’t think she saw me. I saw her at a restaurant one day and walked right past her. She did not recognize me because I had the mask and I had, like, just got braids. I wasn’t looking like myself. But I said hello and she was talking to somebody and so I guess she didn’t realize it me and kept walking,’ she told E! News.

This comes amid rumors that Nene has not agreed to sign on for the upcoming season of Real Housewives of Atlanta.

There have been rumblings that the OG has been fired. Eva Marcille recently spread a rumor that Nene is a part of a discrimination lawsuit that some of the Black talent on the network is allegedly putting together.

These are both statements that her rep has denied.

Additionally, Leakes may not be on the best of terms with Bravo but she has her own show coming up on the E! Network that’s owned by NBC Universal — the same company that owns Bravo. Therefore, it is unlikely that she would sue.

The last time Kandi spoke on Nene was when she exposed the real reason why Leakes left the reunion early.

‘She definitely left because of Yovanna. Let’s be clear — regardless of how she and I argue or she argues with anybody else. She definitely can handle herself in an argument; let’s be clear. She had already told the world she was planning on reading us that day, so it wasn’t because she was arguing with us. As a matter of fact, at the moment that she got up to walk away, we weren’t even talking to her anymore.’

Do you think the two will ever truly be friends?