Kailyn Lowry Says She Might Be Done Having Kids After 4 Sons But She’s Not Sure! 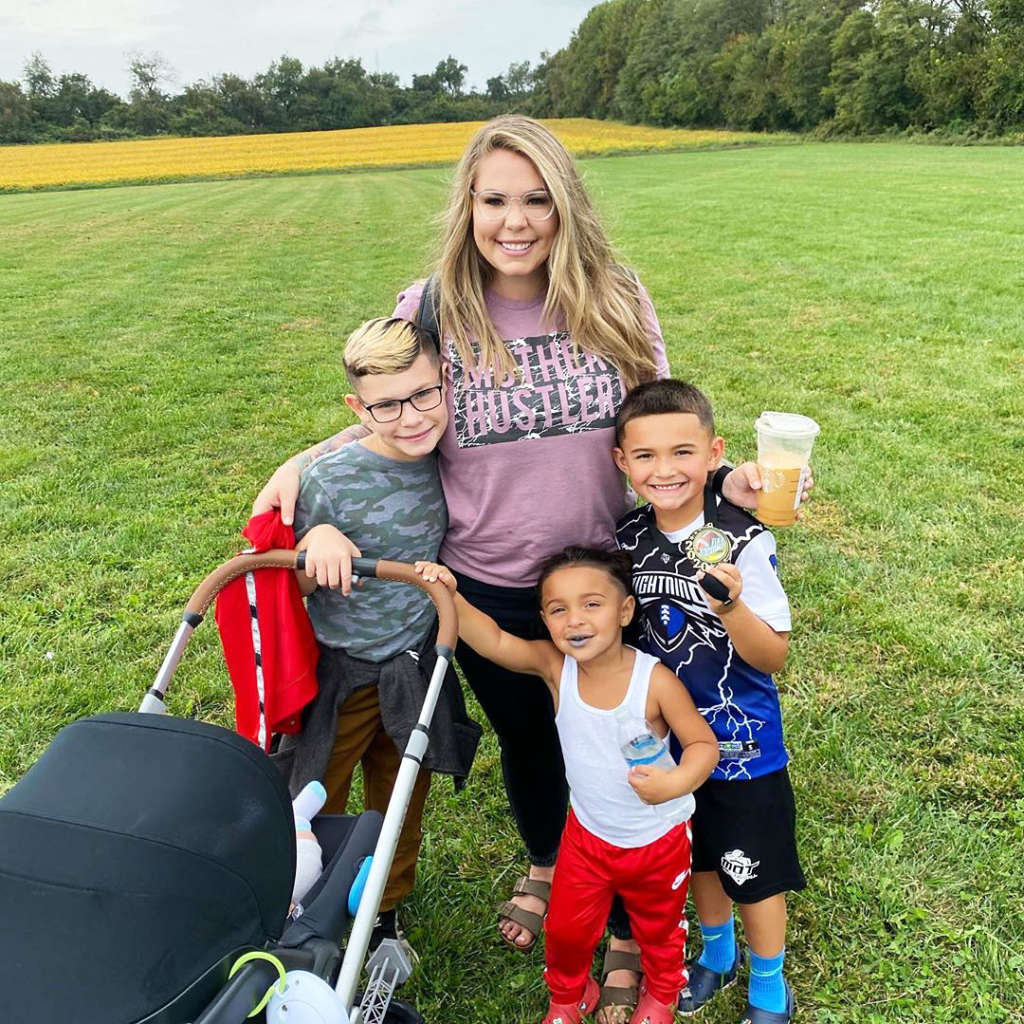 Kailyn Lowry is a mother of four sons and fans know that she has been wanting to add a daughter to the bunch for a while as well. However, does that mean that she is still willing to go for a fifth in hopes of having a girl or not?

Well, according to the Teen Mom star, she couldn’t be any more proud of being a boy mom.

Bristol Palin Fires Back At Farrah Abraham After Saying She’s Copying Her! »

Not only that but, she insisted, while on her Coffee Convos podcast, that she never actually got pregnant just to try and have a girl.

Actually, she tells her co-host, Lindsie Chrisley, that she might actually be done having babies for good after welcoming her fourth!

The reality TV star loves her sons a lot but, she is not sure she’s ready for a fifth! At the same time, it’s a never say never situation for her!

‘I’m not gonna say that I’m gonna have another child because I truly don’t know. It’s not on my radar anytime soon. And I always say this, every time I’m trying to get my life on track and I end up pregnant again. I know this,’ Kailyn explained.

Jenelle Evans Addresses Some Of The ‘Absurd’ Rumors About Her And David Eason’s Custody Battle! »

The star then mentioned that she never actually wanted kids at all so she can’t help but be amazed she’s a mother of 4 at the age of 28.

Kailyn admitted that with each of her pregnancies, she never specifically got pregnant in hopes of having a girl and the same can be said about the future.

‘I’m very well may be done. With my luck it would be another boy.  I’m not really down to have a starting five basketball team. I’m kind of over that, and I feel like literally I’m sick of the toilet seats being up, I’m sick of the dirty socks everywhere, I really am just like, ‘Clean up your s**t. Lux is finally just potty trained and I have one more left so I think I might be done,’ she told her co-host.

Kandi Burruss shared another photo of her baby girl, Blaze Tucker for her first birthday....

The singer raves about his wife, Hailey Baldwin any chance he gets, so of course, on her...

Just last week, the influencer was involved in a huge controversy but now, the TikTok star...

November 24, 2020, No Comments on ‘Collective’: A Tragedy, a Cover-Up, an Expose — and the Best Documentary of the Year