How to Watch Every ‘Harry Potter’ Online for Free: Stream on HBO Max

Grab your wands and Hogwarts robes, because there’s never been a better time to be a Harry Potter fan.

After disappearing (and reappearing) a few times on different streaming services, including Peacock, the wizarding world has finally landed in one place: all eight Harry Potter films are now streaming on HBO Max as of June 1.

The final film, Harry Potter and the Deathly Hallows: Part 2 hit theaters in 2011, and was previously only streaming on Peacock (while the rest were already on HBO Max). With the addition of Deathly Hallows: Part 2 this week, the adventures of Harry (Daniel Radcliffe), Hermione (Emma Watson), and Ron (Rupert Grint) will finally be all in one place on HBO Max. Worth noting: the movies are only set to remain on the platform for one month, through June 30.

It’s possible that the streamer could be making way for a potential live-action TV series, which is still in early talks from WarnerMedia. But if you can’t wait to go on a nostalgic trip through the magical world of Harry Potter, here’s how to stream the entire film series before they disappear off HBO Max in a puff of smoke. 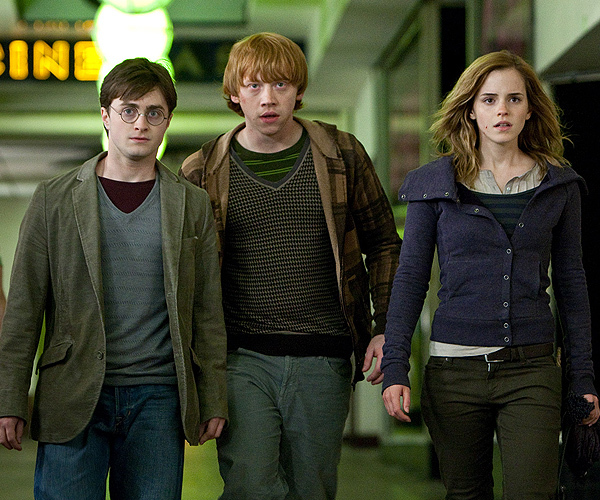 How to Watch Every Harry Potter Movie Online

You can stream every Harry Potter film with an HBO Max subscription. The streaming service costs $14.99 a month, and you can binge all eight movies with unlimited streaming, along with the streamer’s other acclaimed series like Insecure and The Sopranos, as well as highly-anticipated specials like the Friends reunion.

HBO Max doesn’t currently offer a free trial, just like Disney+. However, there’s still a way for you to stream all of the service’s content for free, all without playing the regular $14.99 monthly subscription.

Hulu currently offers a 7-day free trial here that includes HBO Max. You’ll get instant access to all of Hulu’s programming plus all of HBO’s programming to watch free for a week. You can use it to stream Harry Potter free online, and catch up on other summer blockbusters as they premiere simultaneously in theaters and on HBO Max, such as Mortal Kombat.

Another way to watch the Harry Potter films free on HBO Max is if you become an AT&T subscriber (or if you’re one already). When you sign up for one of AT&T’s wireless phone, WiFi or TV plans, you’ll also get HBO Max included for free, which will let you watch the films online free. You can sign up for either AT&T’s Unlimited Elite phone, AT&T’s Internet 1000 WiFi and AT&T’s TV Choice plans, which all offer a free subscription to HBO Max. See the full list of plans here.

How to Watch Harry Potter Without an HBO Max Subscription

Besides HBO Max, your best bet for watching the entire iconic film series is by purchasing it on Blu-ray or DVD with this gift set collection. You’ll always have access to any of the films in the series at any time, even if you don’t have WiFi or don’t want to pay for a monthly subscription to HBO Max. 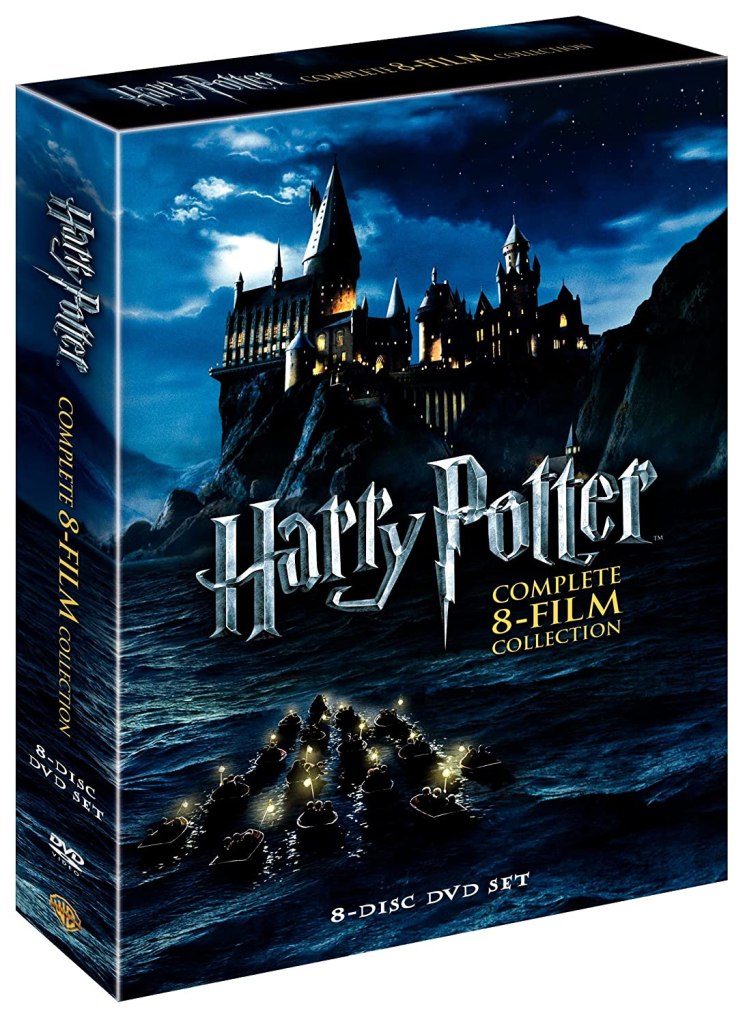 This box set gets you all all eight Harry Potter movies on Blu-ray, DVD, or 4K Ultra HD Blu-ray, plus bonus behind-the scenes content, interviews and featurettes.

If you have no clue where you’d even play a DVD or Blu-ray these days, you can still stream all the classic Harry Potter movies if you have an Amazon Prime account with Prime Video. You can buy each movie in the Harry Potter series on Prime for $14.99 each, or you can rent specific movies for $3.99 a piece, from the memorable first film, Sorcerer’s Stone, to the final battle for Hogwarts in Deathly Hallows: Part 2.

Watching Harry Potter on Prime is also a good option if you’ve never seen the films before and want to check them out without reading through the whole series. Once the movies are downloaded, they’re yours to keep—you can watch your favorite wizarding students any time you want, with the ability to stream Harry Potter online, on your TV or computer.

That being said, if you do want to reread the entire Harry Potter series before catching up with the films, there’s still a way to feel like you’re at Hogwarts even if you don’t have an HBO Max or Prime subscription. 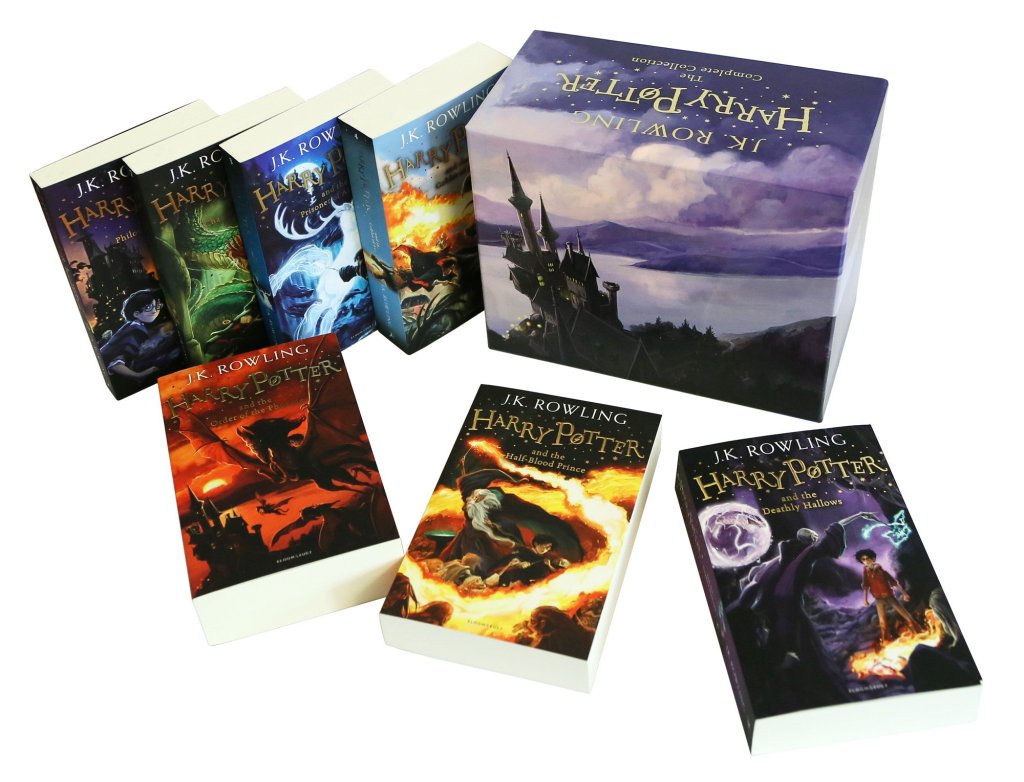 Amazon has all the Harry Potter books available in paperback and hardcover, as well as a limited-edition book set with all seven books packaged in a Hogwarts chest. Want the ability to take the magic with you anywhere? The e-book versions of the internationally bestselling books are also available online now.

Another option: you can sign up for an Audible free trial to listen to any of the Harry Potter books for free. The book is also yours to keep once it’s downloaded, even if you cancel your Audible subscription. An Audible subscription costs $14.95 per month, but your one-time free credit can be spent on any other book in Audible’s library, not just Harry Potter.

Netflix has released the first teaser for The Harder They Fall, a new Western action...

If you’re excited to see F9, the latest edition of the Fast & Furious movie franchise,...

Harrison Ford was forced to temporarily step back from filming Indiana Jones 5 after suffering...

Following a year-long delay due to the Covid-19 pandemic, the Candyman sequel has announced...