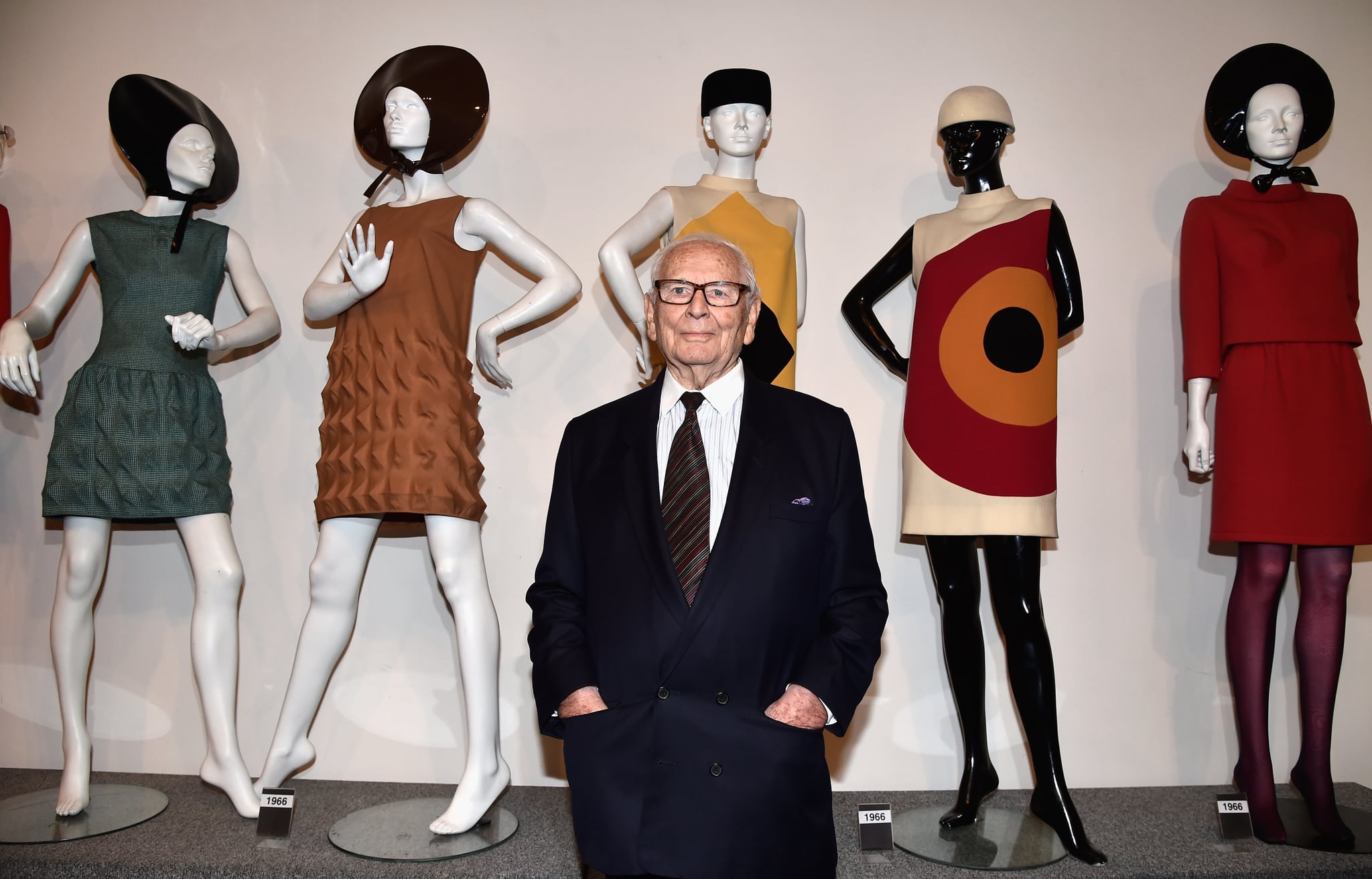 French fashion designer Pierre Cardin sadly passed away at 98 in Neuilly, France. The renowned and accomplished artist and businessman, best known for launching the concept of ready-to-wear in 1959 — believing that fashion is for the masses — had a rich history of creating thoughtful, avant-garde looks that will go down in history. Cardin’s career was launched when he designed costumes for a masquerade ball hosted by Carlos de Beistegui at Venice’s Palazzo Labia in 1951, but he went on to start his own empire, presenting futuristic silhouettes such as the bubble dress, which became known for its flared skirt and gathered hem. During his career, Cardin also worked under Schiaparelli and Dior. At one time, it was thought that he might even succeed Christian Dior himself.

Cardin once said, “The clothes that I prefer are those I invent for a life that doesn’t exist yet — the world of tomorrow.” Many of his geometric, space-age designs speak to the modern way of dress we enjoy today, where clothing can be nongendered and simply speak to the personality of the wearer. Also impressive? Cardin developed his own fabric, called Cardine. He promoted world peace as an ambassador of UNESCO and strove to defeat hunger through his efforts for the UN Food and Agriculture Organization. He will be remembered fondly — and there is a permanent museum in Central Paris that he built to showcase his most famous designs to this day.

My fashion closet is overflowing with colorful pieces. No matter the season, you’ll...

Taylor Swift makes us want to dance around in our best dress; especially one that’s...

The amount of time I’ve spent online shopping in lockdown might indicate that I am...

April 11, 2021, No Comments on Gabrielle Union Shares Gorgeous Photos With Kaavia James At The Pool

Camila Alves: A Day in My Life