Following her silence-breaking court testimony just a few weeks ago, Britney Spears has seen a sliver of hope. Yesterday, in the second court hearing, hundreds of fans waited outside the courthouse as Spears demanded that charges be pressed against her father. While immediate charges were denied, the 39-year-old was granted the right to hire her own lawyer, former federal prosecutor Matther Rosengart, in the fight against her abusive father and the conservatorship that has ruled the last 13 years of her life. To celebrate the minor victory Spears took to Instagram to post a video of herself doing cartwheels, with a caption thanking her fans for their continued support. “Thank you to my fans who are supporting me,” she wrote. “You have no idea what it means to me [to] be supported by such awesome fans!!!!”

If you’ve yet to stop by Fendi’s new 6,900-square-foot flagship sitting at the intersection of 57th and Madison Ave., you might just want to add it to your to-do list. Conceptualized by Kim Jones and Silvia Venturini, the two-story Art Deco-influenced boutique boasts open, clean design that give way to the main event: the label’s latest collections. To celebrate the store opening, the Haute Couture collection which debuted on a Paris runway just last week was on display in all its glory. Ensuring this boutique stands out are touches of modern luxury dotted throughout—think: marble walls, leather sofas, and mink benches. The decision to debut the new Manhattan store launch and the Haute Couture collection simultaneously marks a new era for the house— and the brand is welcoming the symbolism of optimism that a new collection, a new location, and a new designer represent. If you can’t make the trip, a 360-degree virtual tour of the flagship will be available on Fendi.com and will allow you to shop the boutique from wherever you may be! 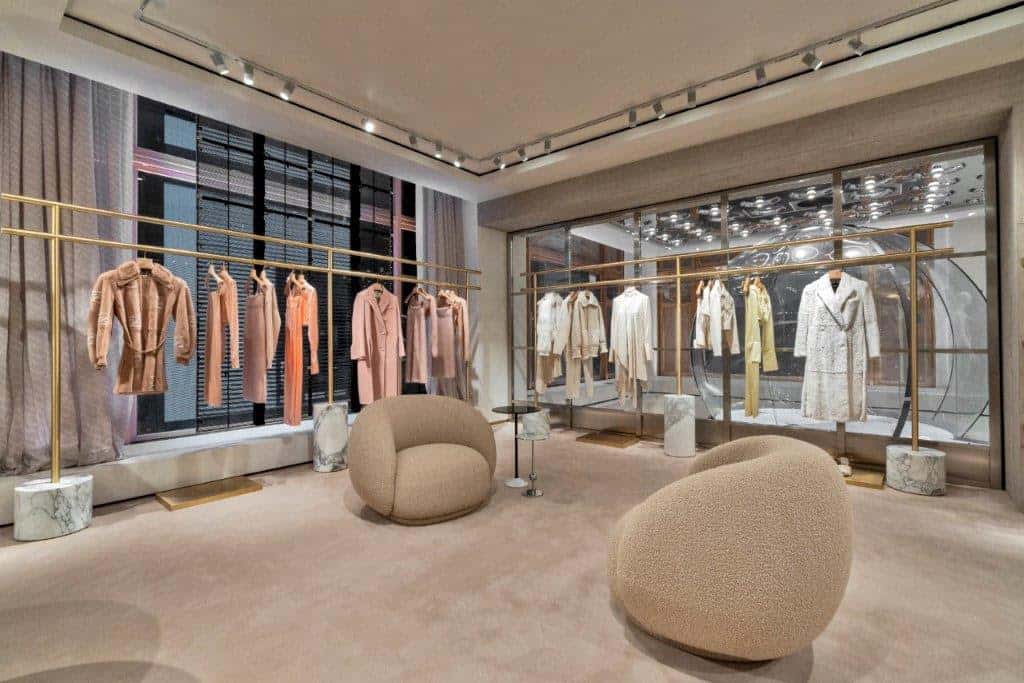 In honor of its longstanding commitment towards making the fashion industry more circular, Coach is bringing a taste of its brand new (Re)Loved Exchange program to select locations nationwide. Starting today, and lasting through August 8, the program will allow customers to trade in their preloved Coach bags for a credit at Coach Stores (in North America only). In turn, the pre-used bags will be recycled and reimagined, as well as become part of Coach’s (Re)Loved collections, available online and in stores. The pop-up events will be held at the brand’s Coach House in New York and at South Coast Plaza stores, where artists and experts will be on site to create custom bag embroidery, add hand-painted touches, and perform leather repairs. BRB, heading there now! 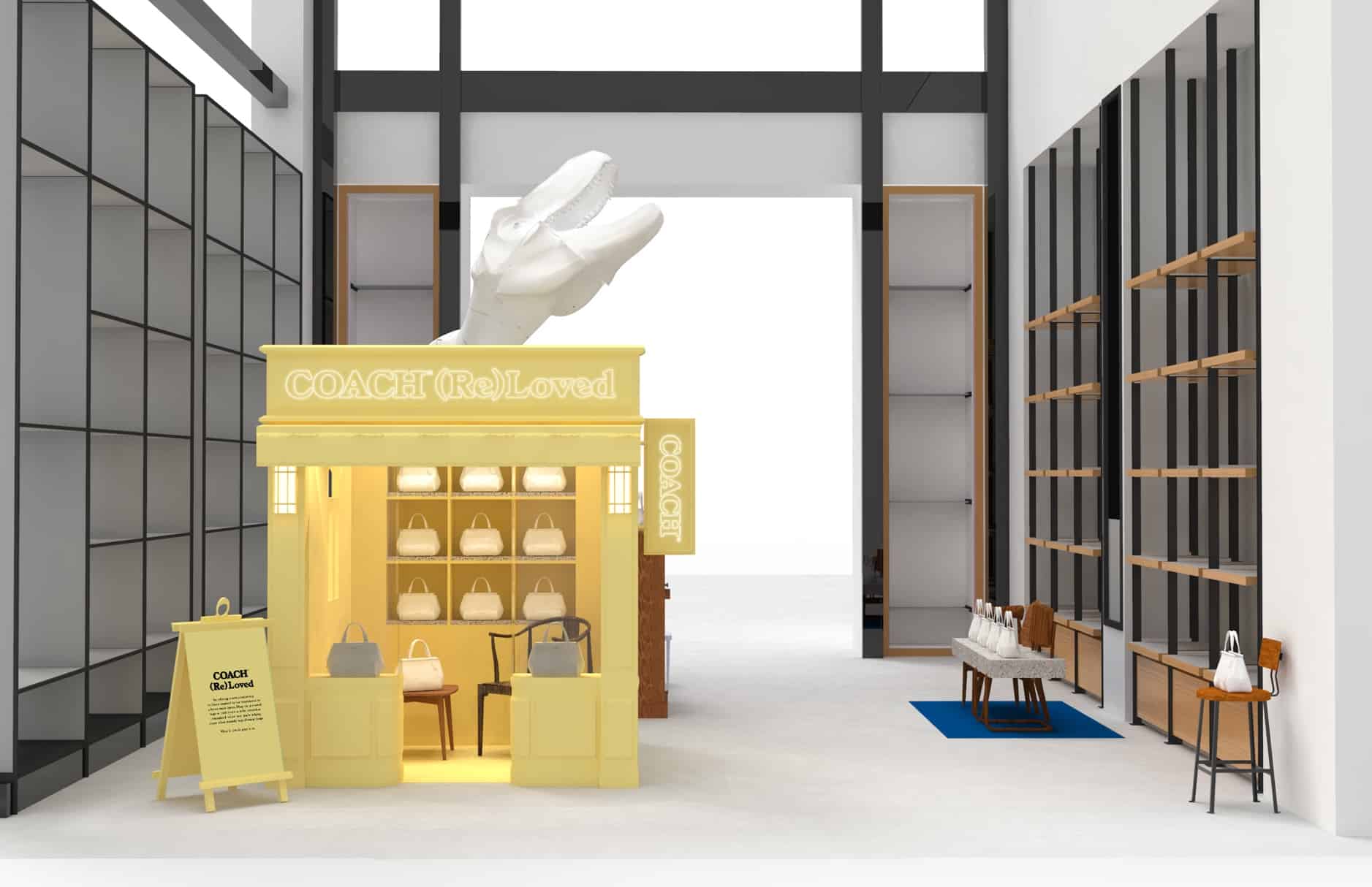 Big Gay Ice Cream is the fashion industry’s busiest collaborator as of late. Following last month’s Pride-inspired collaboration with Michael Kors, the NYC-based confectionery company is teaming up with lingerie brand Fleur du Mal. For the tasty nationwide holiday, happening tomorrow July 18, the brands are teaming up for a limited-edition capsule of ice cream-themed lingerie and ready to wear. Sweet! To front the campaign, the duo tapped model, activist, and artist Richie Shazam, who can be seen sporting the capsule’s ice cream cone-embroidered bra and panty sets, silk panties, a t-shirt, and a denim trouser—of course, all offered in the colors of ice cream flavors. Fleur du Mal and Big Gay Ice Cream will be cruising around downtown tomorrow in their themed branded truck, at which ice cream and lingerie will be for the taking! A percentage of proceeds will benefit the Ali Forney Center, a nonprofit organization dedicated to eradicating LGBTQ youth homelessness. You can shop the capsule in-store and online. 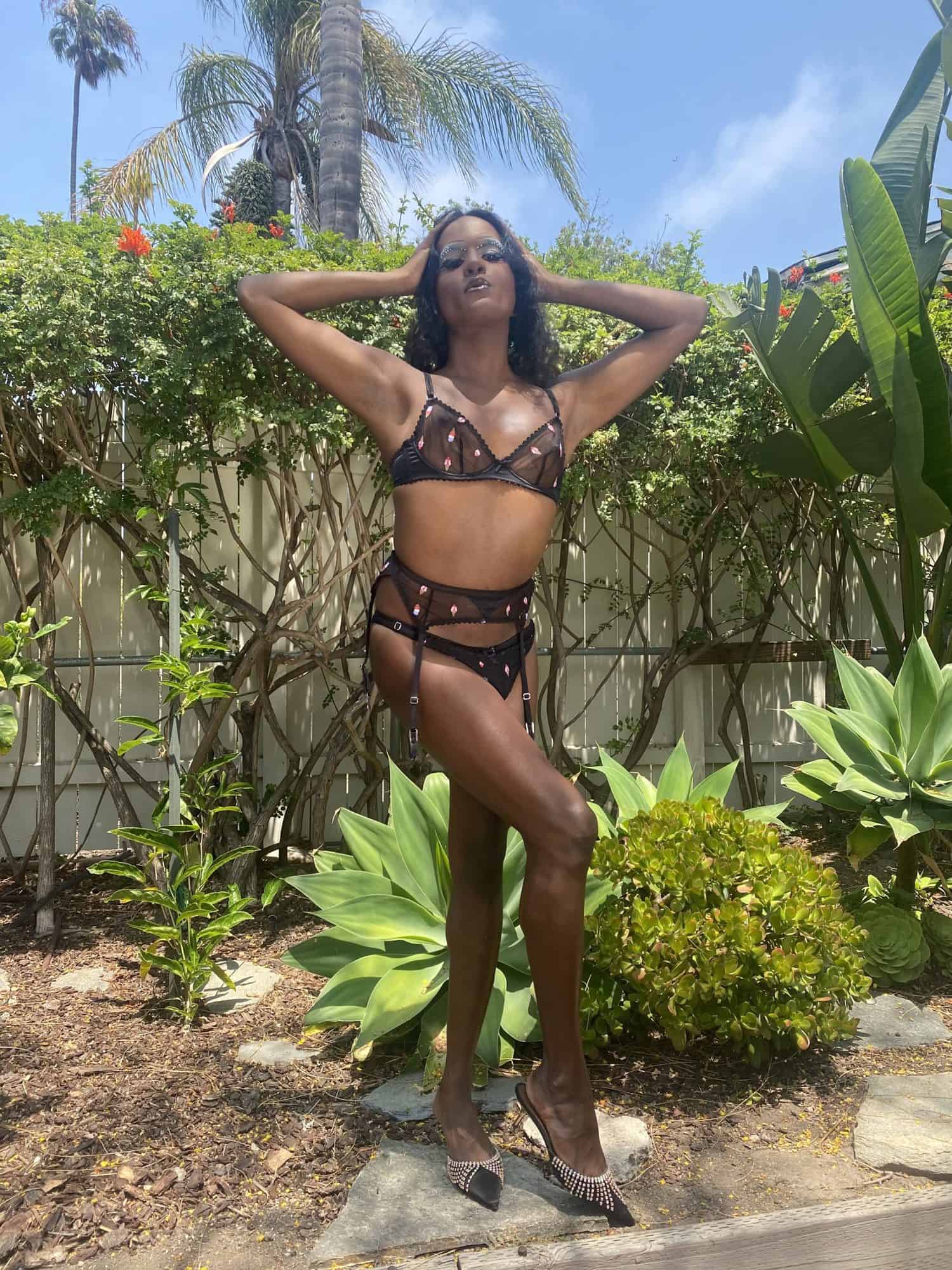 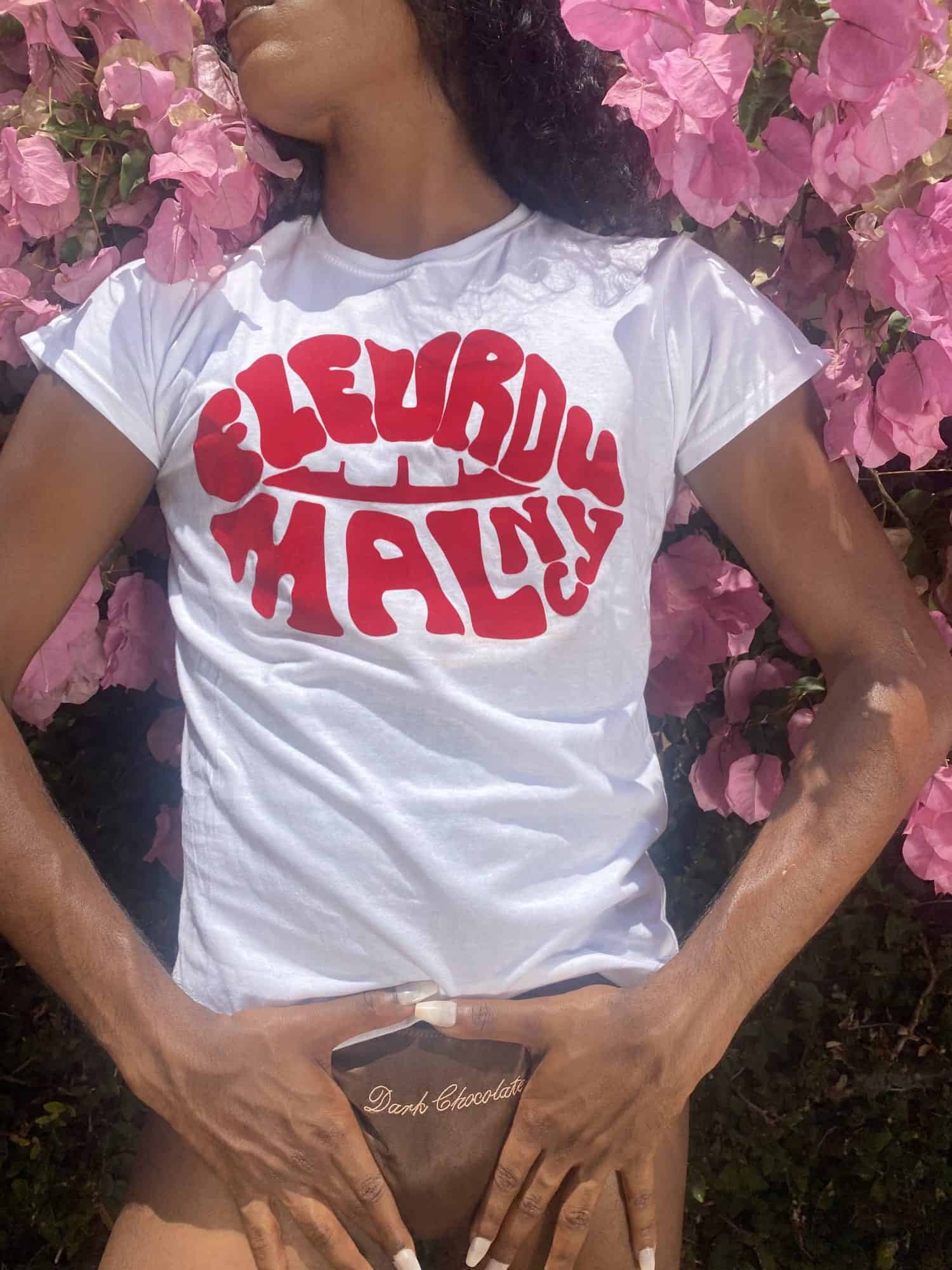 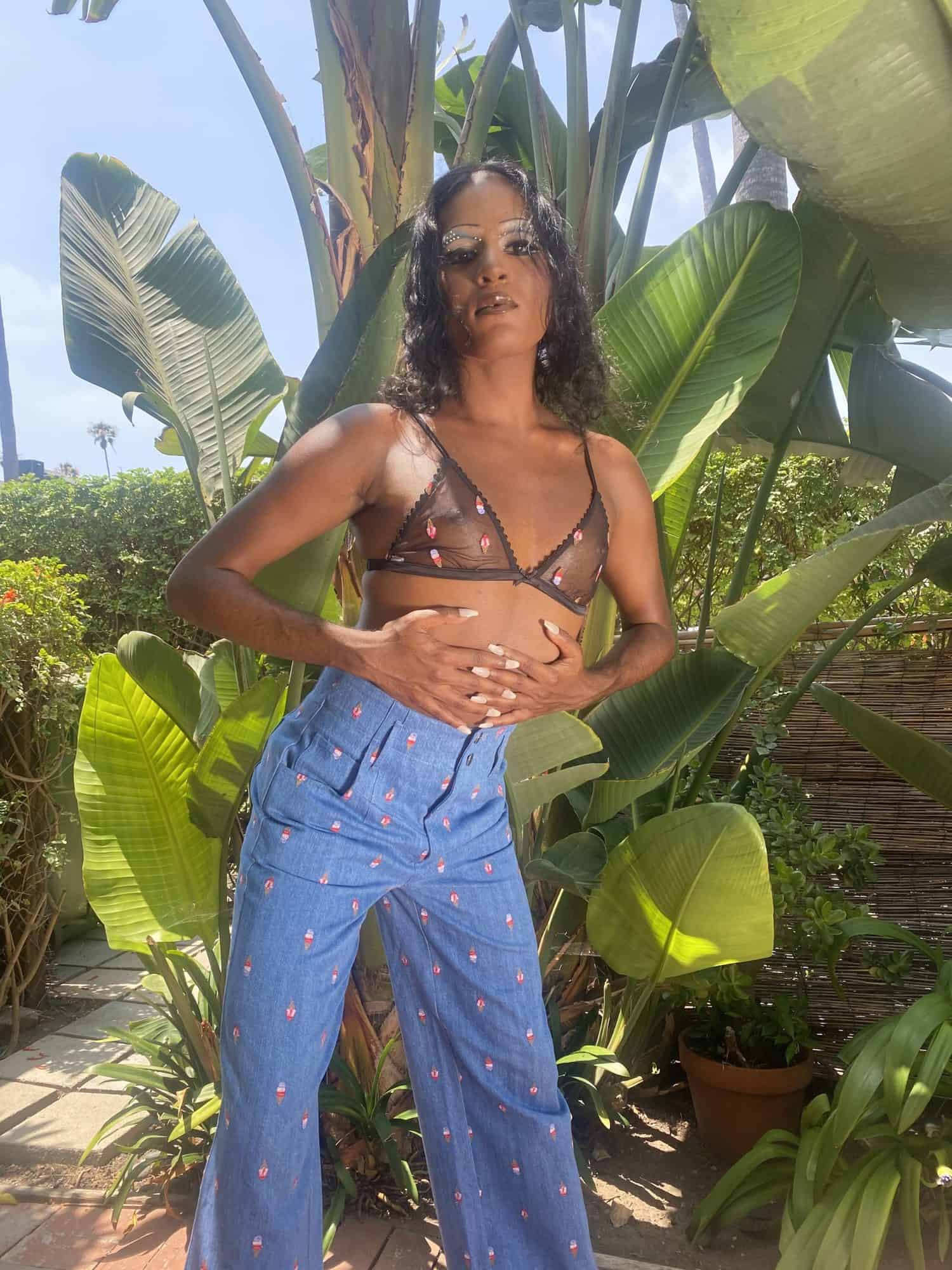 Alexander McQueen is *stylishly* vandalizing a city near you

To further accentuate the graffiti focus debuting in current and upcoming collections, Alexander McQueen is bringing a taste of its newfound flair to fashion capitals across the world. To promote the new McQueen Graffiti, the fashion house launched a guerilla marketing campaign that will showcase a brush-stroked “McQueen” on buildings, taxis, and pavements across New York, London, Milan, and Paris. In addition to random art attacks, the brand released a short, black-and-white film showcasing the same artwork splashed across its pre-Fall and Fall 2021 collections—bags, ready to wear, and shoes included.

Launching today, accessories brand Lele Sadoughi is celebrating the 50th anniversary of Malibu Barbie with a limited-edition collection of glammed-out accessories—for adults and their babes! Offered in the 12-piece capsule are velvet embellished knotted headbands, stud earrings (already sold out and being restocked soon!), a Barbie logo-imprinted bucket hat, and hot pink sunglasses—all of which nod to Barbie’s iconic Malibu chic style. The collection, which retails from $45 to $195, will be available today on Lele Sadoughi. 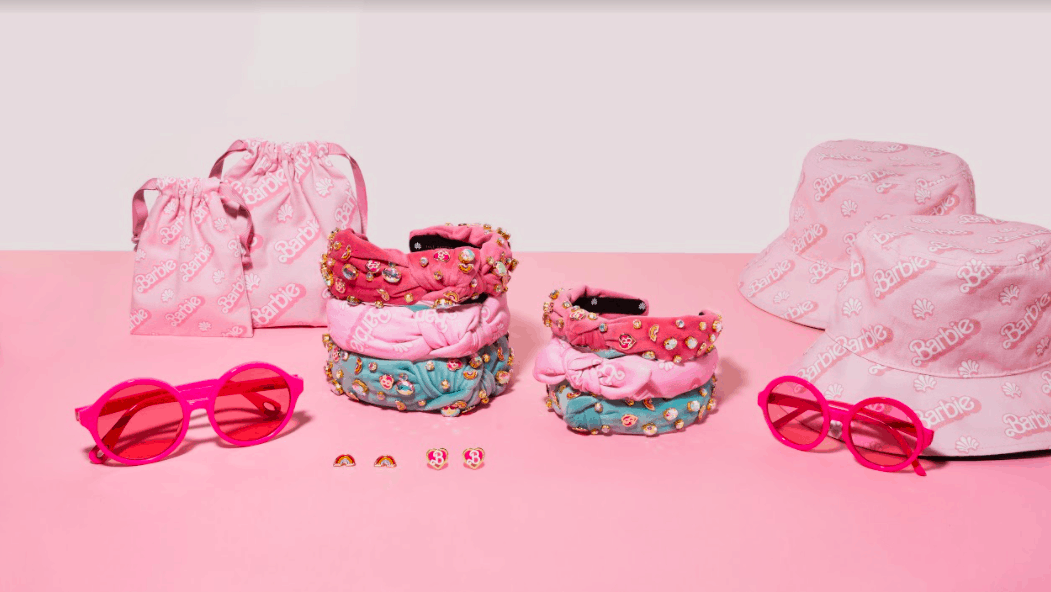 Launching today, Thom Browne’s latest childrenswear campaign might just be the cutest thing we’ve ever seen. Shot in New York City, the campaign video, entitled …Another Day in the City… marks the second iteration of the Thom Browne childrenswear universe. Not only does the black-and-white, 1950s-reminiscent film showcase the collection, but it also humorously flips stereotypical age roles—with kids dressed in their nine-to-five uniforms and reading the morning paper alongside a cup of joe, followed by an elementary school drop-off of their parents. As for the collection, it’s all seersucker suits, skirts, and leather goods! Adorable is an understatement.

KENZO goes green with the launch of its first all-recycled capsule collection!

Marking KENZO’s first major venture into planet-focused fashion, RE/KENZO is the brand’s first-ever capsule made entirely of recycled items. With “Re” indicating re-birth, re-renewal, and respect, the name was meant to symbolize the label’s commitment to circular fashion. As for the collection, gender-fluid t-shirts—made from recycled KENZO jerseys and monogrammed with the iconic KENZO tiger—offered intentionally in “nature colors” are for the taking. Ranging from $165 to $195, the collection is currently available for purchase on KENZO.com. 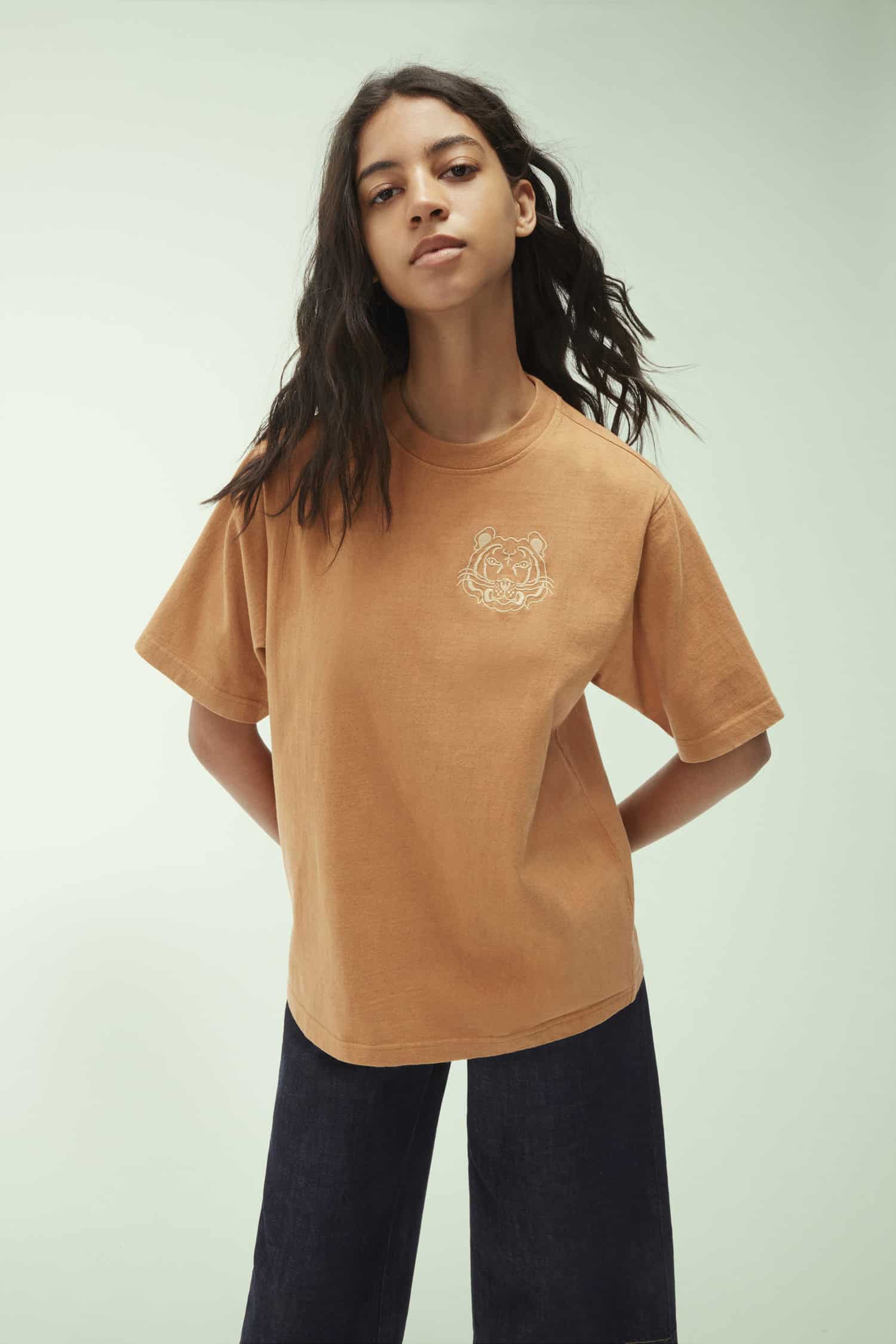 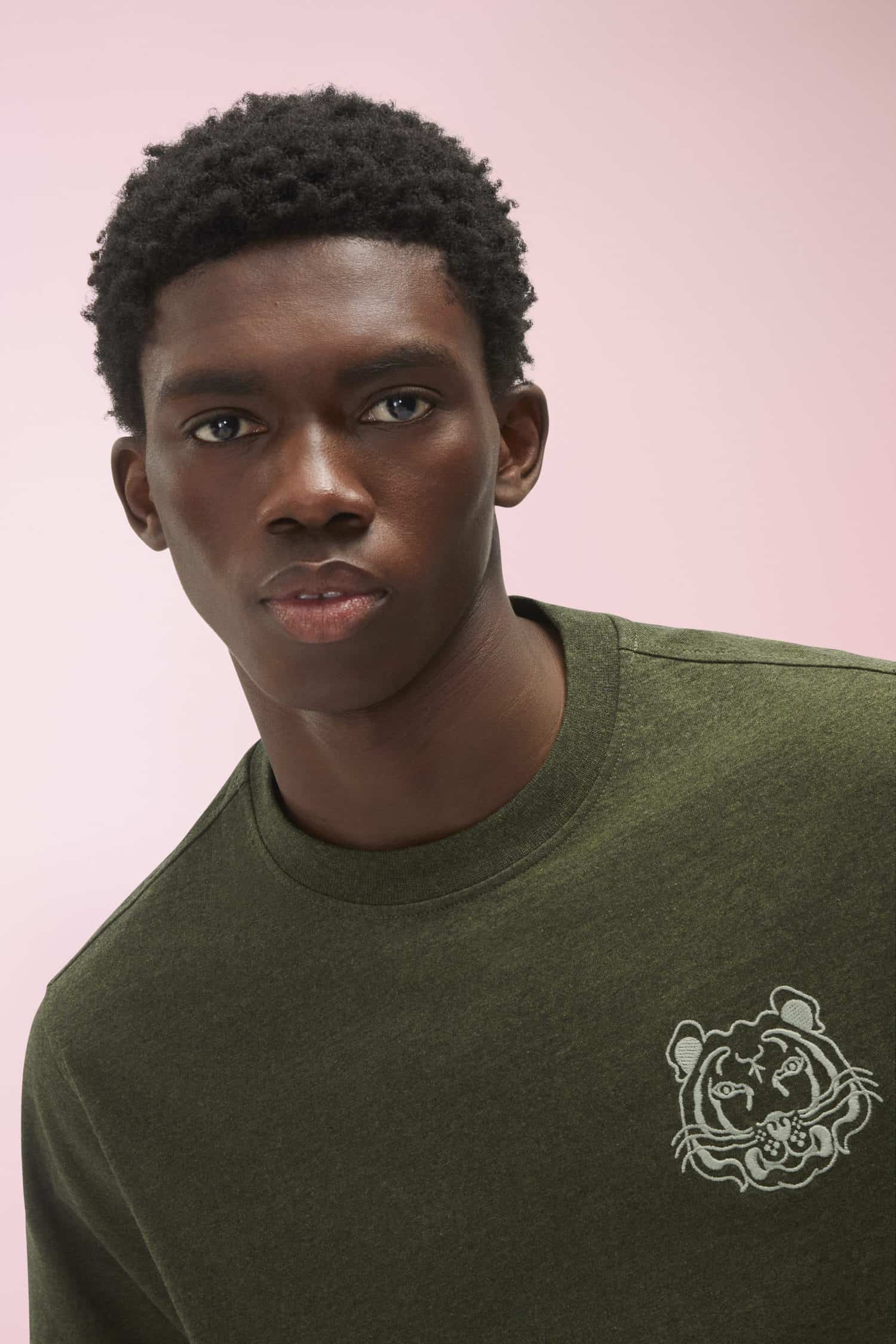 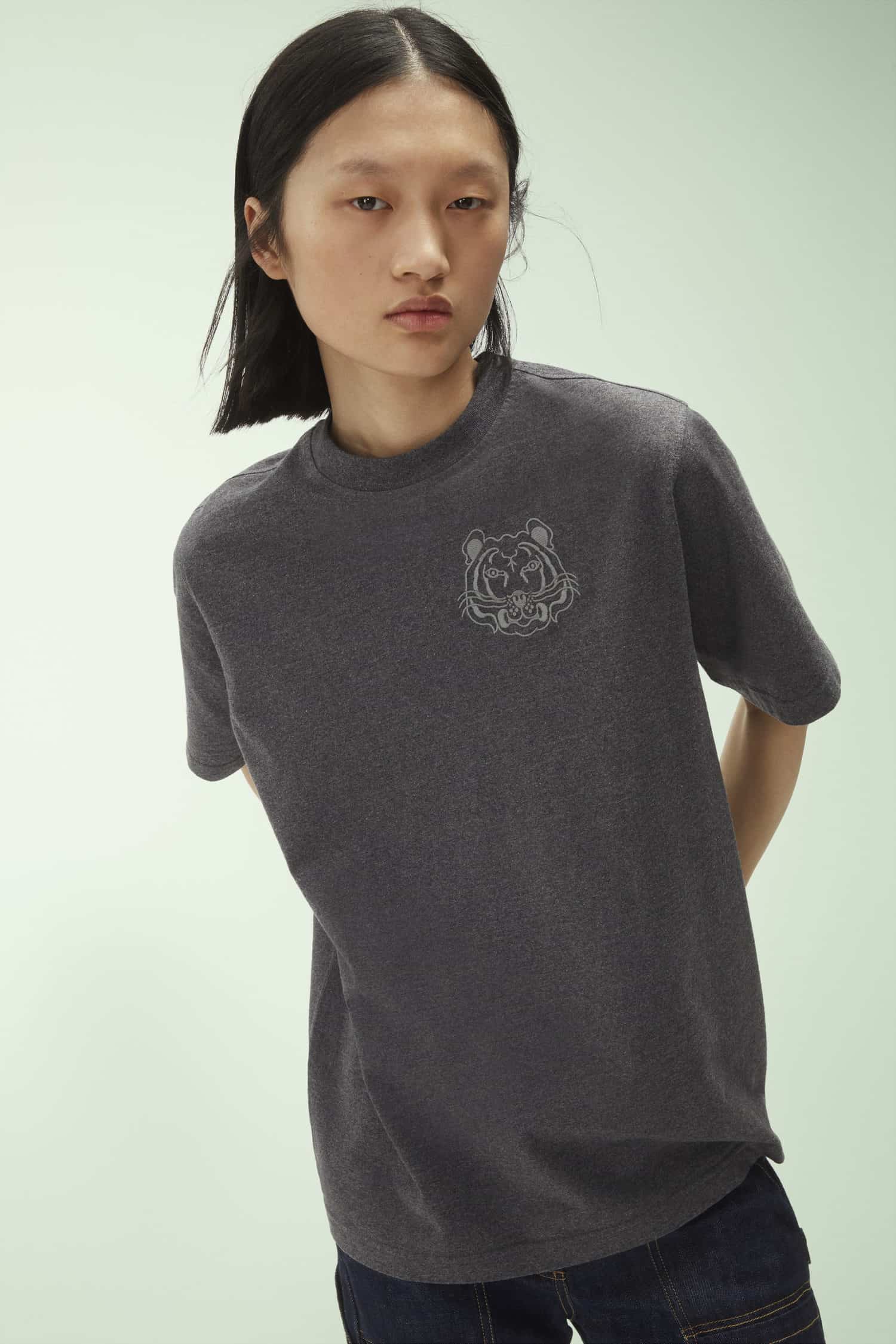