Singer-actress-beauty guru Selena Gomez has just added yet another feat to her resume: swimsuit designer. Gomez’s new swim capsule was made in collaboration with swim label La’Mariette, former manager Theresa Mingus, and business partner Morgan Brutocao. Modeled by the 28-year-old herself, the capsule comprises six styles—two tops, two bottoms, a one-piece, and a sarong top—with a tie-dye “Aura” print that’s sure to catch eyes this summer. For Gomez, choosing La’Mariette to do the capsule with was a no-brainer. When the star got her kidney transplant a few years back, it was a La’Mariette suit that gave her the confidence to debut her scar. Now, with the launch of a new capsule that’s all about “celebrating the fact that all bodies are beautiful,” Gomez is more confident than ever, and hopes the collection can do the same for others. Available in sizes XS-XXL, the capsule retails from $49 to $119, and is currently available for purchase on La’Mariette.

Kenneth Ize teams up with Karl Lagerfeld for exclusive capsule

Launching tomorrow, Maison Karl Lagerfeld x Kenneth Ize will celebrate medleys of prints and versatile shapes through the fusion of two worlds: Ize’s Austrian-Nigerian roots and Lagerfeld’s European taste. The Spring Summer ready to wear offering, which was co-designed by Ize and Lagerfeld’s design director Hun Kim, will comprise an assortment of gender-neutral pieces and accessories that incorporate both Karl Lagerfeld’s signature neutral palette and colorful accents inspired by aso oke cloth. As for the collection, coordinating sets, loose silhouettes, and sophisticated yet casual staples—offered in bright-hued, print-adorned colorways—will be for the taking. Price tags range from €99 to €695, and will be available for purchase tomorrow on Farfetch.com, Karl.com, BrownsFashion.com, and at the brand’s Paris and London locations.

In collaboration with swimwear label Andie, Demi Moore and daughters Rumer, Scout, and Tallulah, will unveil their first-ever campaign as a family. Dubbed “Together,” the campaign is all about women—their strength, their confidence, and their connection to one another—as well as the beauty of being together with family and friends. Shot by famed photographer Cass Bird in her East Hampton home, the summer ad campaign shows Moore and her daughters sporting updated fan-favorite Andie styles—namely, The Amalfi, The Tulum, and The Malibu. Moore, an enthusiast for female-founded brands, was no coincidental feature for the ad, citing her relationship with the brand began when she joined as an investor in 2017. Now an adviser for the brand, Moore joined Andie founder Melanie Travis to conceive a campaign that would both symbolize togetherness and speak to the cross-generational reverence the brand aims to uphold. The swimwear, which retails from $95 to $115, will drop tomorrow on Andieswim.com. 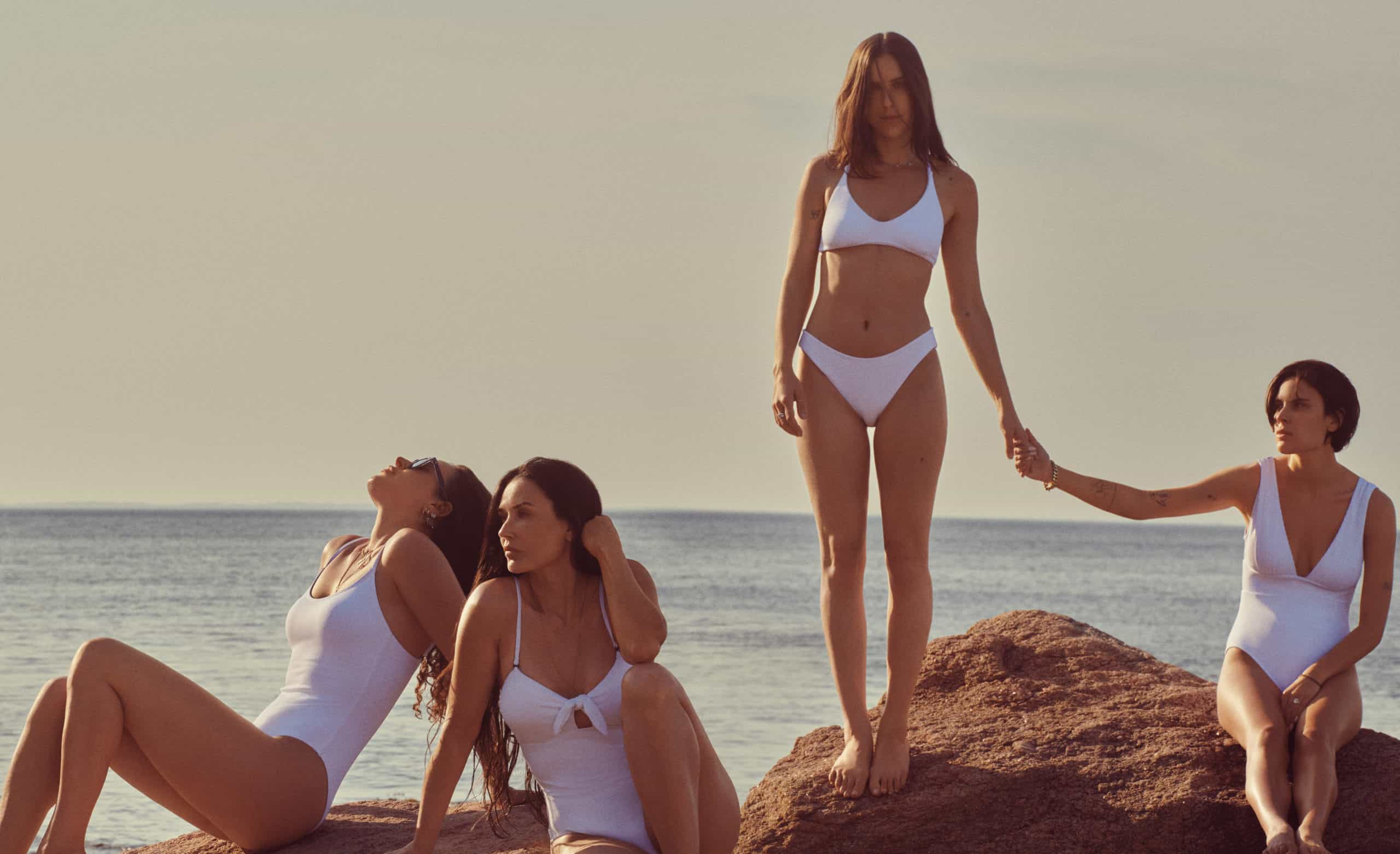 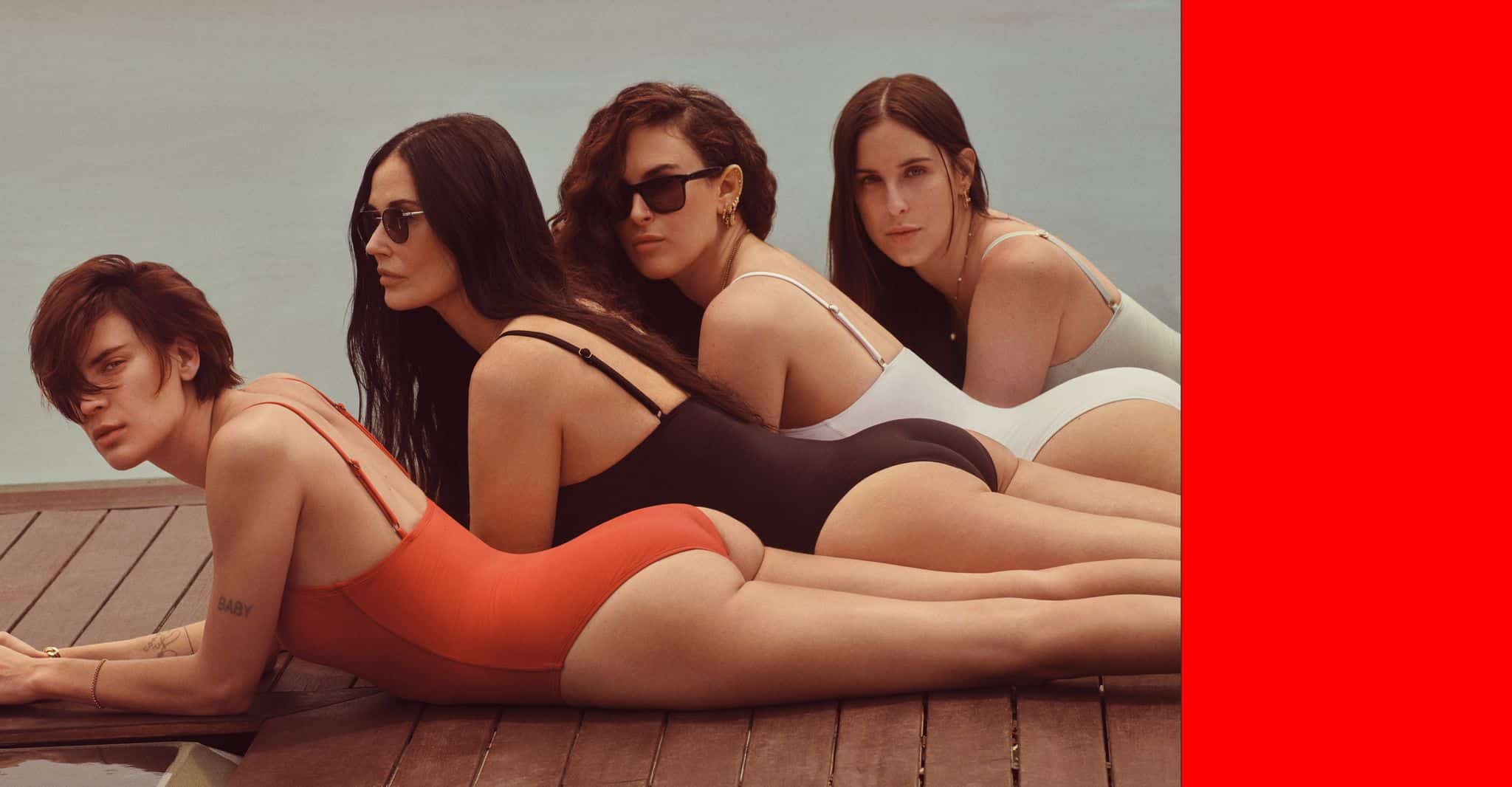 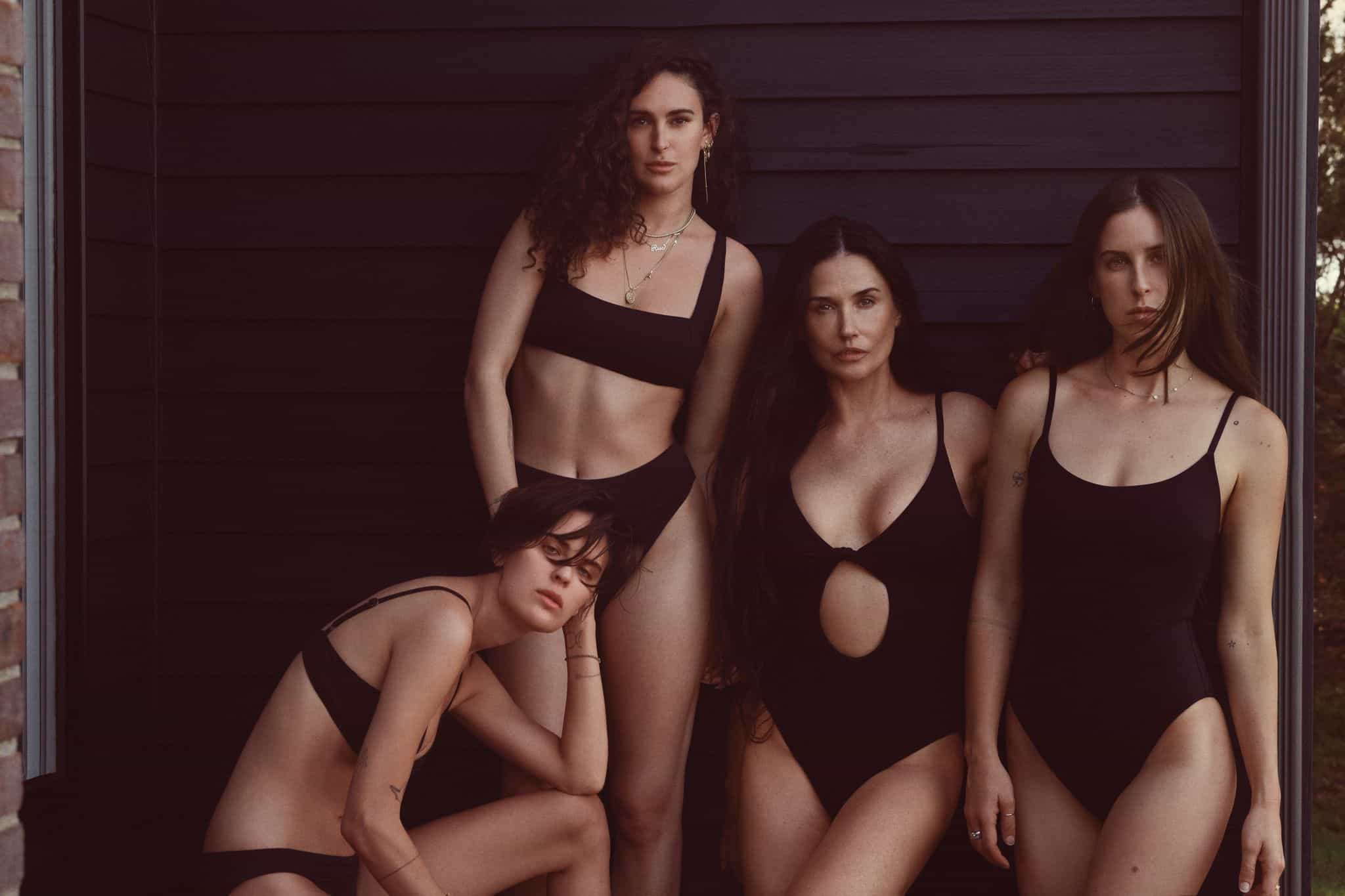 The 4th of July party of the century

Surely, you’ve seen the pictures! Anyone who’s anyone dressed in their bright whites this past Sunday for, what turned out to be, the chicest 4th of July on Instagram. From influencers and models to famous musicians and professional athletes, East Coast A-listers showed up—some via private helicopter, others via personal chauffeur—to sports merchandise mogul Michael Rubin’s Bridgehampton estate for his annual ‘White Party.’ Those on the guestlist? Beyoncé, Charli D’Amelio, Jon Bon Jovi, Emily Ratajkowski, Winnie Harlow, and oh-so-many more! While guests took to the stage for performances by Megan Thee Stallion, Travis Scott, Tinashe, and Kid Cudi, bartenders were serving up cocktails with the likes of Ace of Spades and Don Julio. To conclude the night, fireworks were set off from the billionaire’s private beach.

The high-end retailer has seen its fair share of personnel moves in its early past, and Natalie Kingham is the most recent on the list. The newly appointed global fashion officer—a position she was promoted to in December—reportedly resigned from her 11-year career with Matchesfashion cordially and by mutual agreement. The move follows former chief executive officer Ajay Kavan’s departure from the company. Throughout her decade-long tenure, which began in a womenswear buyer position and later became buying director, Kingham introduced the retailer to the expansion of its homeware, lifestyle, holiday, and jewelry edits. Currently, there are no plans to replace her. 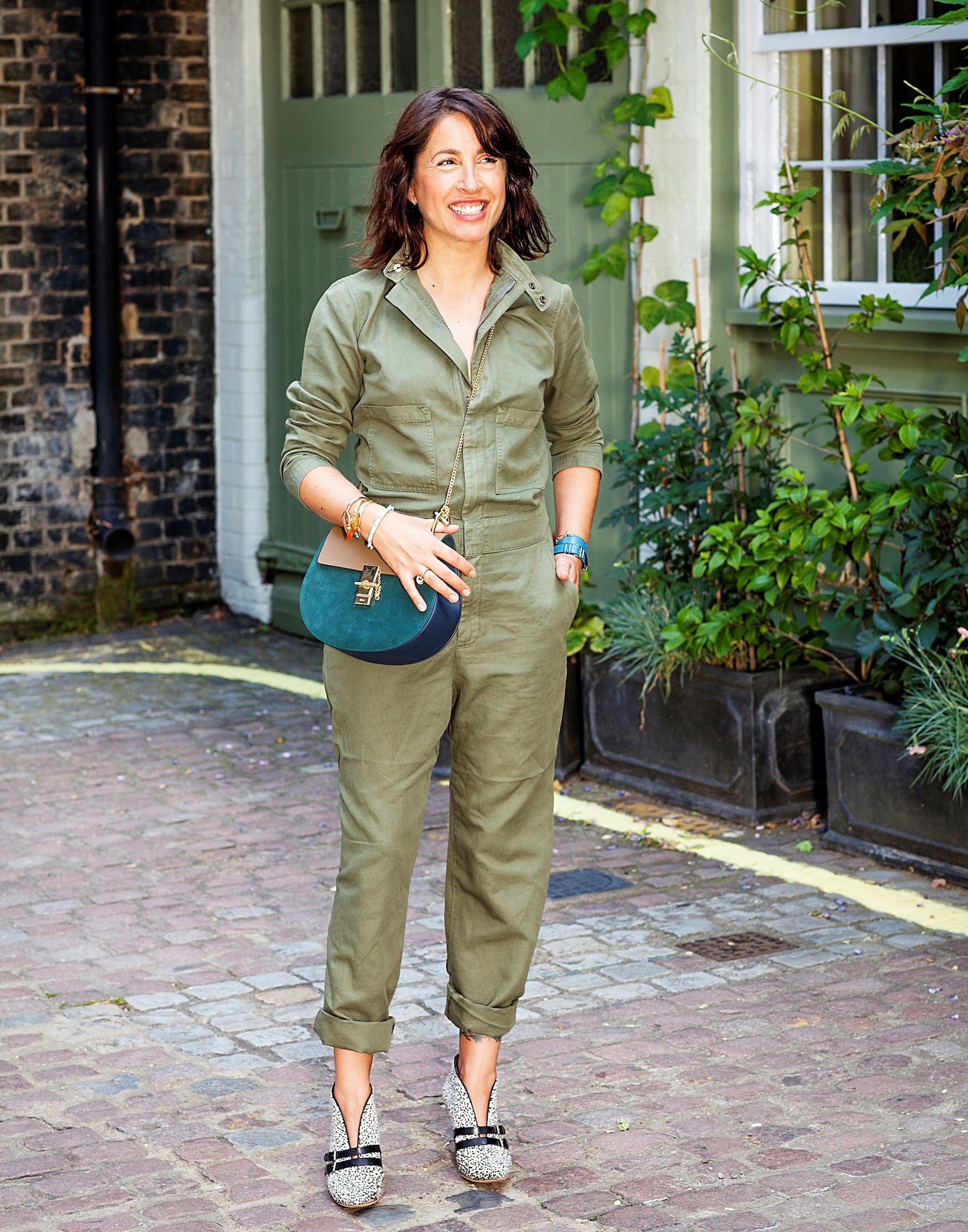 In honor of National Fried Chicken Day (!!) chicken joint Fuku teamed up with sneaker label GREATS for a celebratory capsule. The totally way-out offering features Fuku’s take on a signature sneak—AKA, a sauce drip on the side of GREATS’ classic Royale style. Though seemingly unrelated in nature, both New York City-based companies share something in common: a love for their city. And so, the collaboration took things a step further, with a donation to Restaurants Organizing Advocating Rebuilding (ROAR). In addition to the sneaker, the duo will debut a special Fuku x GREATS menu item—none other than a family-sized bucket of fried chicken for those celebrating the holiday—at its Hudson Yards location. All proceeds made from the bucket will go towards ROAR. Get to celebrating! 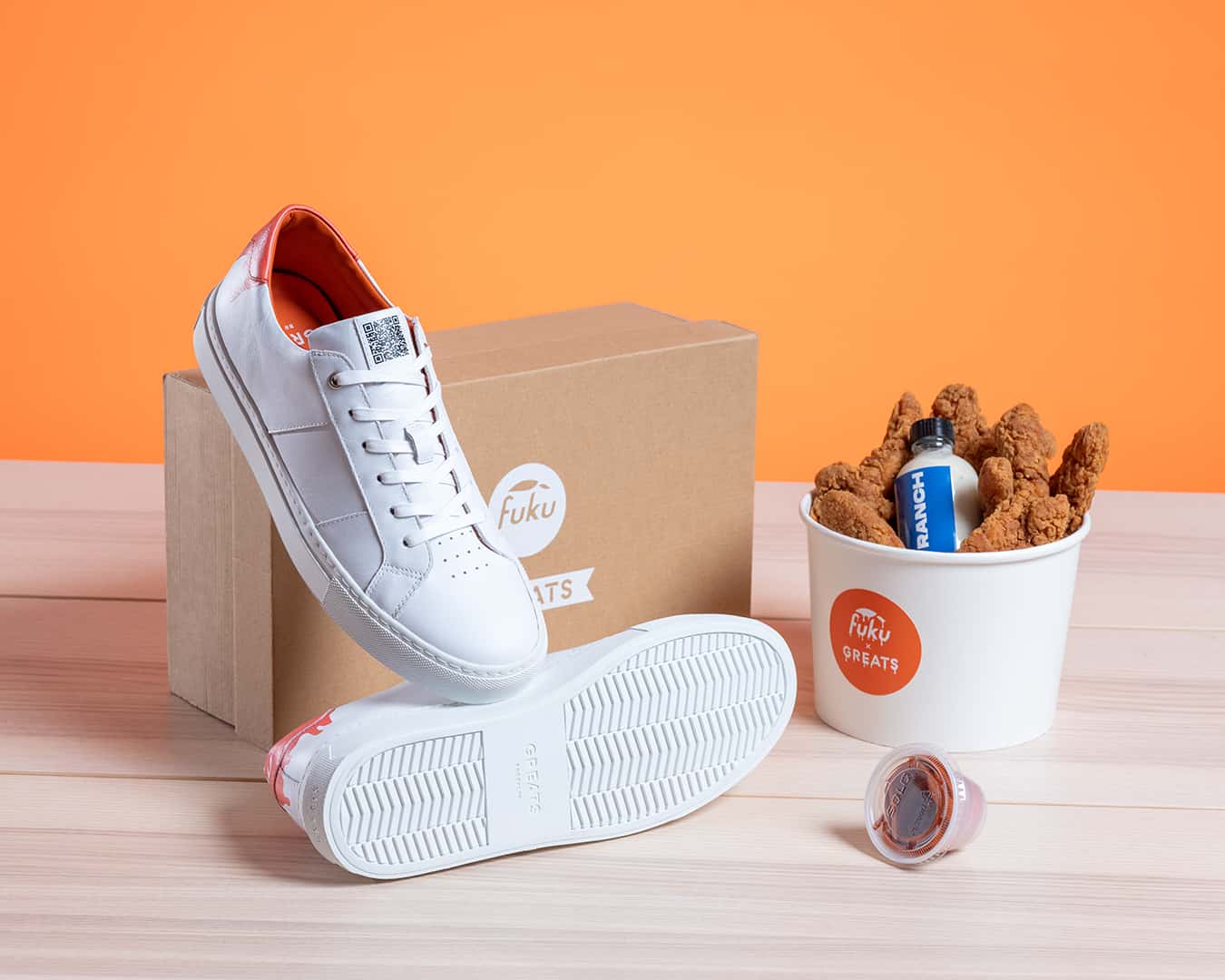