On Wednesday, after nearly a year without a Jacquemus offering on the runways, the brand swapped its scenic runways (lavender fields, etc.) for a more modest backdrop. Rather, “La Montagne” was presented in a simple indoor studio, against sky-blue walls. The setting was no oversight either. Simon Porte Jacquemus said it was actually quite intentional. “I wanted to focus on the clothes, the silhouettes, the colors, the fabrics, the details and the energy of the models,” he said. Leading the pack of models down the pathway were Kendall Jenner, Bella Hadid, and Adut Akech, who showed off an assortment of tailored suits, shearling cropped jackets, midriff-baring cardigans, split-hem pants, and—in typical Jacquemus fashion—accessories that are destined to become Internet sensations.

Speaking of Bella! The top model’s makeup artist, Sam Visser, may be young, but he’s a force to be reckoned with. The 21-year-old already has an impressive list of A-listers as clientele (see also: Kylie Jenner and Lily-Rose Depp!). Dior Beauty’s new U.S. ambassador, Visser just divulged his arsenal of go-to products to The Cut and it includes everything from affordable drugstore finds to luxury must-haves. Visser cites a $7 no-show deodorant by CRYSTAL as his “lifesaver,” and name checks a $3 Dr. Bronner’s soap bar, which he uses to clean his makeup brushes, as well as a $13 Weleda moisturizer. To satiate his more expensive taste, Visser enjoys splurging on a $190 Byredo eau de parfum, a $160 ReFa facial roller, and a $138 iS Clinical dark spot serum.

For its upcoming V131 cover launch, the publication tapped seven trailblazing stars for its covers. Photographed by power duo Inez Van Lamsweerde and Vinoodh Matadin, the covers feature Emily Ratajkowski, Ashley Graham, Eileen Gu, and Abby Champion, among others—each of whom are forging unique paths through the fashion, sports, and arts industries. The black and white covers also mark the collaboration between the magazine and Spanish denim label, Lois Jeans, as well as the inception of V’s Golden Age—”an era where fabulous fashion, next-gen icons, and a new period of splendor come as one.” Talk about a lineup!

Remember concerts?! But they’re coming back, and New York City’s post-COVID Central Park Concert is one you’re going to want a ticket to. Organized by Clive Davis and Mayor Bill de Blasio, the event is scheduled to take place on the Great Lawn on August 21 and will celebrate the revival of the city. When Davis and de Blasio came together to brainstorm a lineup, de Blasio wanted a star-studded lineup of major artists and local icons. And so, producer Davis took note, recently adding Bruce Springsteen, Paul Simon, and Patti Smith among others. The concert, set to air on CNN, will host a 60,000 person crowd and will run for three hours.

Dua Lipa is back in the spotlight for Puma, fronting the campaign for the sportswear giant’s latest women’s silhouette—the Mayze. For the campaign, shot by photographer Mario Sorrenti, the pop star and “Levitating” singer pairs the all-white platform sneaker with a cropped red bomber, a black top, and a black biker short. The Mayze, retailing for $90, will be available globally beginning July 1, and in North America on August 1 on PUMA and select retailers 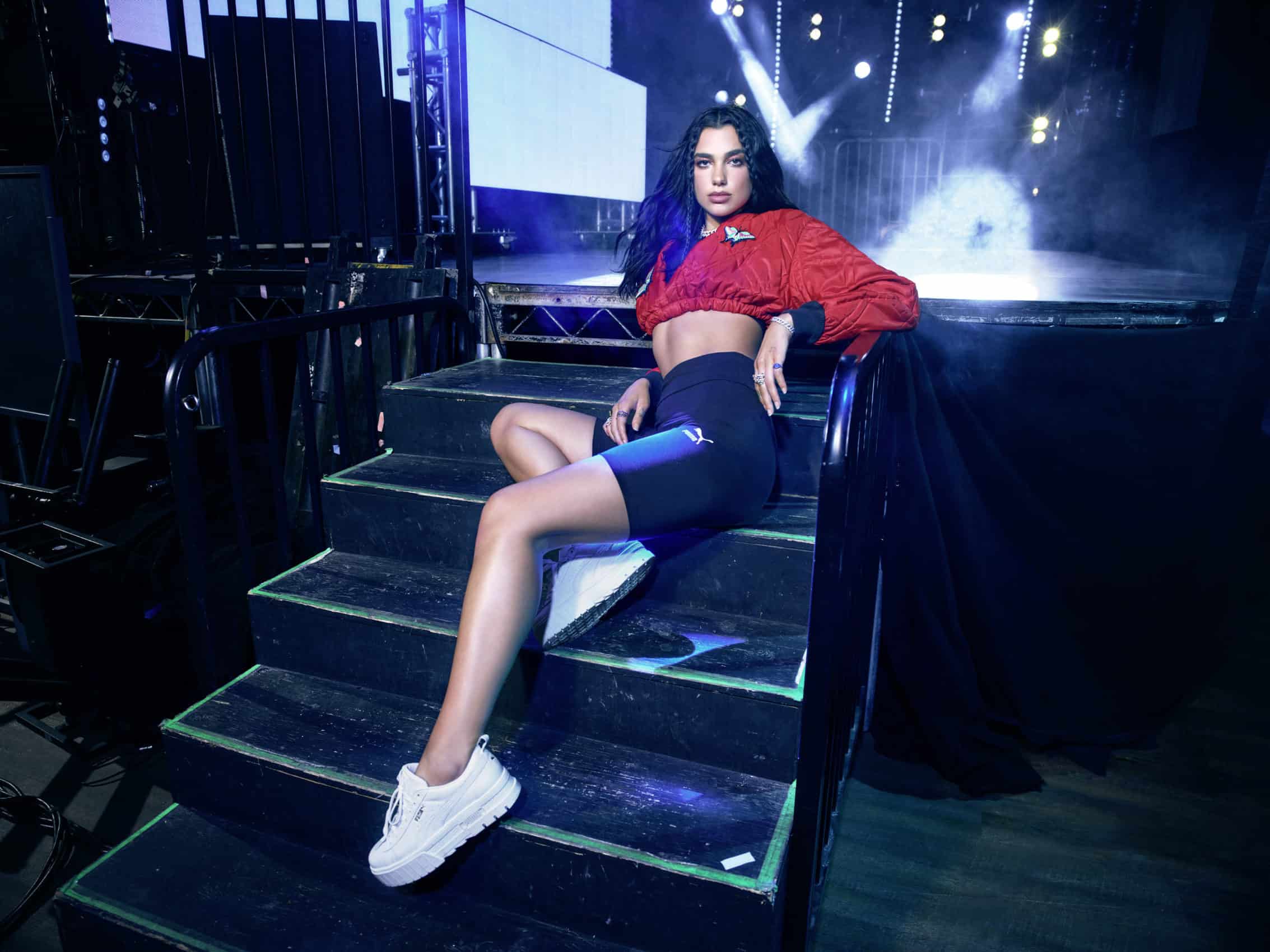 As of today, Pinterest’s weight-loss advertisement ban has officially kicked in, making the platform the first and only to implement such a ban. The new policy will prohibit the advertisement of any weight-loss, dieting, or body shaming language and imagery. The ban comes as the social platform has seen a stark increase in searches for body acceptance quotes, which are up 7x, and searches for “self-love illustration art,” which are up 63x. As part of the new policy, Pinterest has partnered with Pinterest Creator, plus-size model, and activist Tabria Majors, along with Shiquita Hyman, Tiffany Ima, and Alex Michael May. Majors, as well as the rest of the collaborators, will be sharing pins relating to body neutrality and body positivity on the site’s Today Tab.

Billie Eilish’s ‘Happier Than Ever’: Song You Need to Know