In a one-two hit of fabulous news, Beyoncé and Jay-Z have been tapped as the new faces of now LVMH-owned Tiffany & Co. and will be rolling out a new campaign for the brand soon. On top of that announcement, Bey has also been unveiled as the September cover star for Harper’s Bazaar has unveiled its September cover star. The 40 year old singer is seen on three separate regal covers; wearing Valentino, Gucci, and her new denim line for IVY PARK across the editions. The performer discusses her many projects, being a mom, and surviving decades in the industry at the top of her game. “My wish for the future is to continue to do everything everyone thinks I can’t do,” she says within the magazine’s pages. Pick up a copy of Harper’s today — we dare you to try nab all three covers—and get ready for a new day at Tiffany’s!

Actor and cultural icon Christina Applegate has shared the news of her multiple sclerosis diagnosis. On Twitter, Applegate posted a thread announcing her medical issues. “It’s been a strange journey,” she said. “But I have been so supported by people that I know who also have this condition. It’s been a tough road. But as we all know, the road keeps going. Unless some asshole blocks it.” Applegate previously beat breast cancer back in 2008.

Hi friends. A few months ago I was diagnosed with MS. It’s been a strange journey. But I have been so supported by people that I know who also have this condition. It’s been a tough road. But as we all know, the road keeps going. Unless some asshole blocks it.

There are only four Maison Margiela stores in the U.S. (New York, LA, and San Francisco), but now we can add one more to that short list with Margiela’s recently-opened Miami Design District location. Featuring the fashion house’s signature minimalist approach to retail, the the two-level, 2,616-square-foot boutique is sparsely decorated with mostly off-white fixtures and custom plaster meant to evoke the lines of materials used by the house, along with a highly-curated collection of Margiela wares available for sale. Of note, the limited-edition Tabi Bianchetto and Replica Bianchetto shoes are available exclusively at the Miami store.

A-lister and ageless beauty Kate Beckinsale has partnered with skincare company MRVL for a line of luxury anti-aging products. In her first move into the beauty industry, Beckinsale picked MRVL for the project after learning of their proprietary ingredient: Blue Scorpion peptides. According to MRVL, Blue Scorpion peptides have been “clinically proven to help stimulate natural collagen production, fight free radicals, help regenerate symptoms of damaged skin and smooth the appearance of fine lines and wrinkles.” The line drops in November, just in time for the holidays, and Beckinsale herself could not be more excited. “I’m so very proud and excited to be working with MRVL Skin,” she said in a release. “Effective skincare is what all women want at any age.”

Slow fashion brand Unsubscribed has officially launched their ecommerce site. The premium, purpose-led women’s brand, which was started by AOE Inc, the owner of American Eagle and Aerie, was originally a store-only experience with two boutiques, the first in East Hampton, NY, and the second in Westport, CT. The website will launch with selections from their embroidery capsule, crinkle silk chiffon dresses, skirts, blouses, and sweaters. There will also be a curated assortment from sustainable brands like LemLem, Veja, Raen, Scosha & Bleecker, and Prince. The Fall 21 collection will be launching September 17, so get ready to access Unsubscribed at just the click of a button! 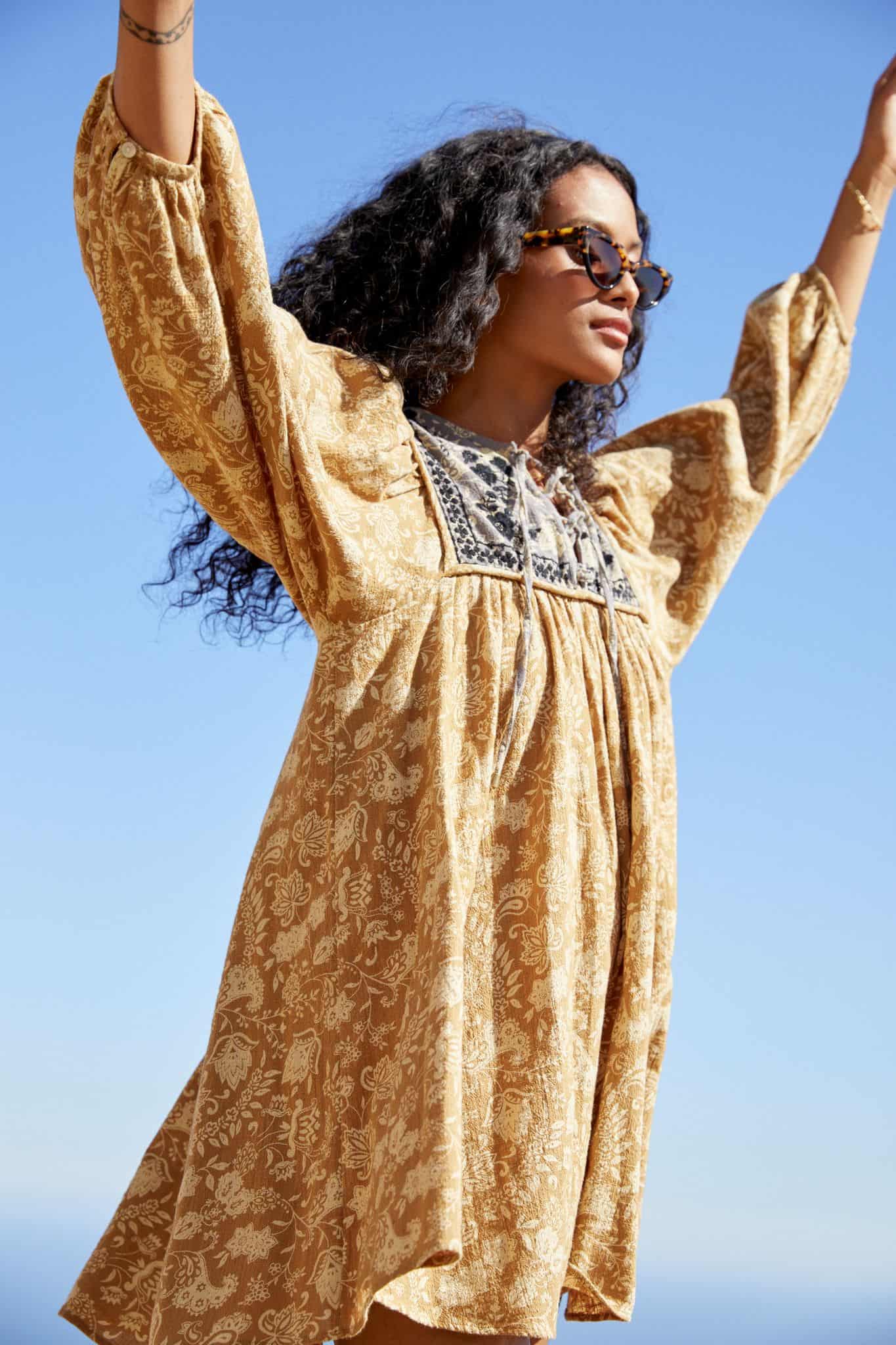 Target’s designer collections are always eagerly awaited, and this year’s installment is no different! The nationwide retailer has announced its collaborative efforts with four New York-centric fashion designers: Sandy Liang, Rachel Comey, Victor Glemaud, and Nili Lotan. The pieces range from full-body print dresses from Rachel Comey to graphic puffer jackets from Sandy Liang, and are mostly priced under $50. The limited-run collections will be available beginning in September, so get ready to grab ’em while you can! 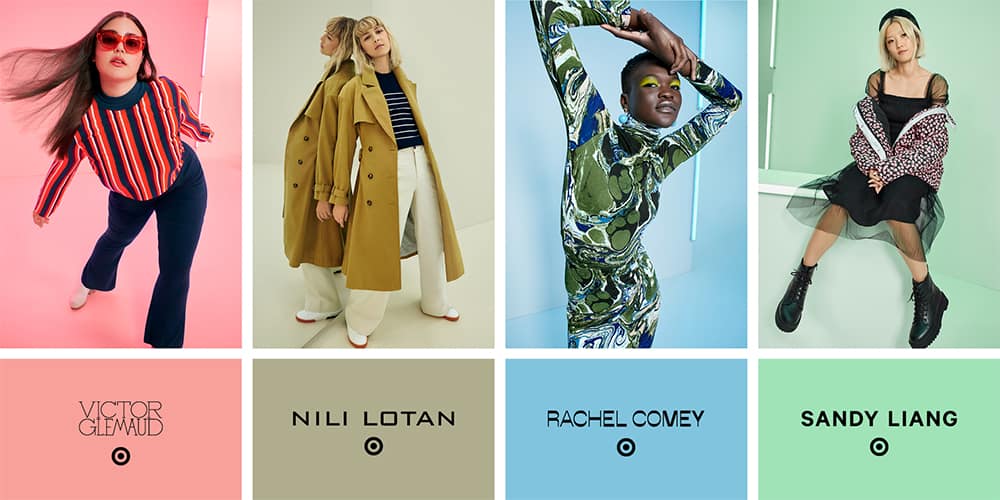 American Express and Saks Fifth Avenue have teamed up for what they’re calling the Star Island Retreat: a three-weekend long event at Gurney’s Star Island in Montauk intended to reintroduce chic locals to Amex’s storied Platinum card. This past weekend, to kick things off in appropriate fashion, Grammy Award-nominated superstar Kehlani performed for an intimate crowd of thrilled onlookers. The singer wore a woven silk transparent shirt from Fendi, Off-White jeans, and Prada sneakers, all available at Saks. Refreshments were served, with cocktails from the ever-yummy L’Avenue at Saks. 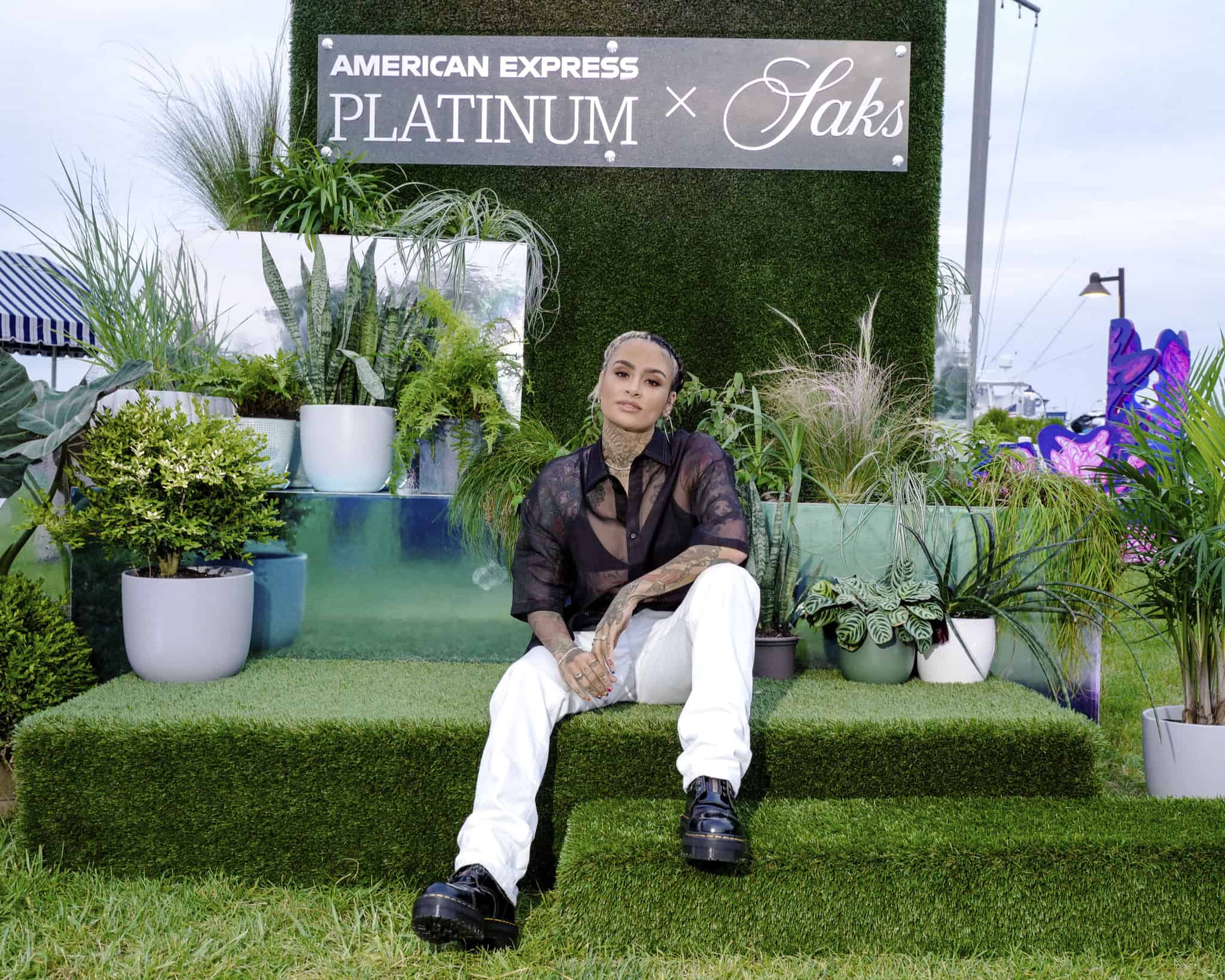 Living legend Dolly Parton recenty partnered with Scent Beauty and the HSN shopping network to produce “Scent From Above,” a new spray perfume and rollerball applicant that features notes of mandarin orange blossoms, jasmine, and sandalwood…and it sold out in under 24 hours! According to Scent Beauty, within HSN’s fragrance category, Dolly has had the highest sales from the last decade of a fragrance launch on a weekday. Not surprising given the country singer’s epic star power! 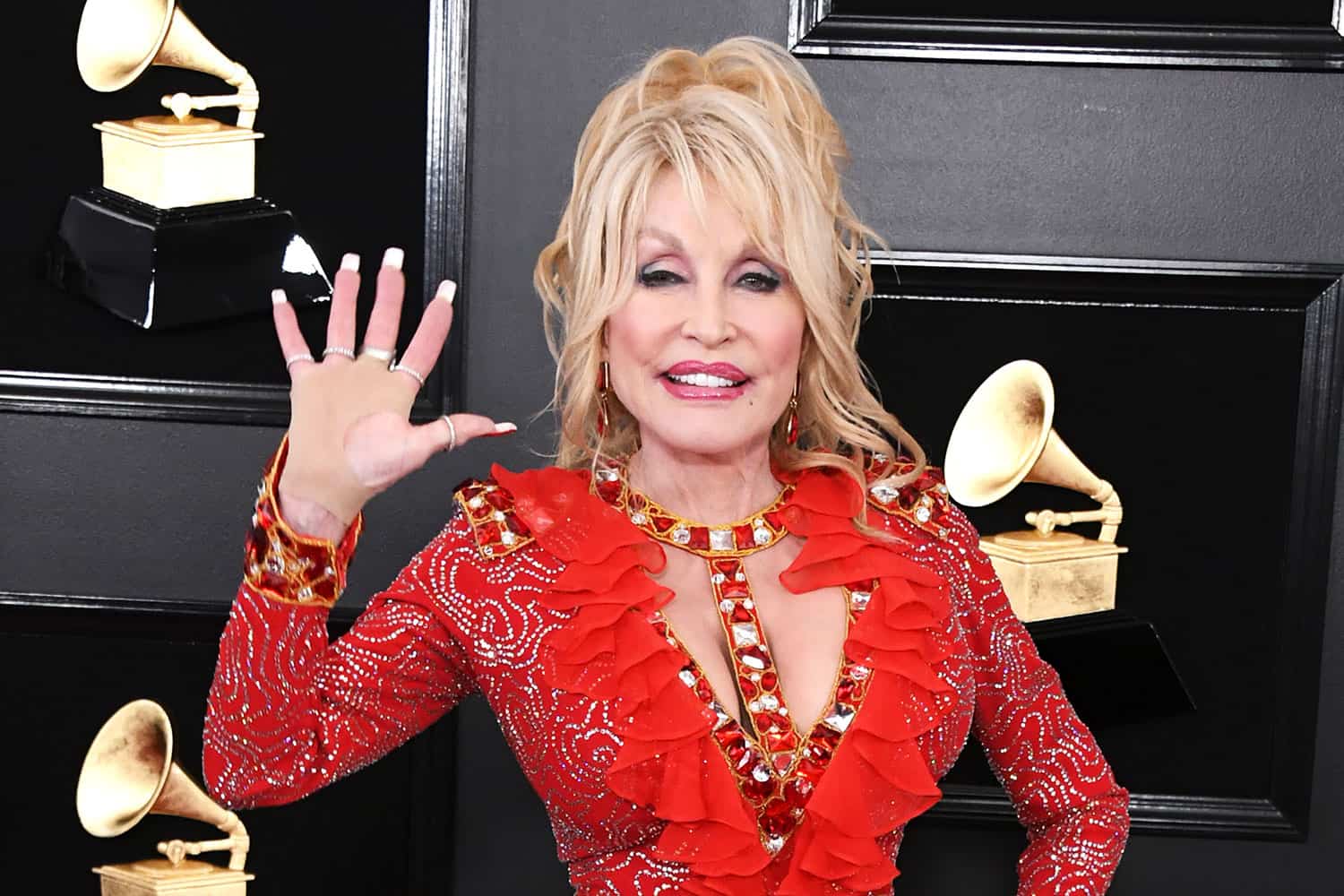 Meghan Roche is the new face of Tom Ford Eyewear

One of our favorite models and faces, Meghan Roche, is the new visage for Tom Ford’s 2021 Eyewear line. Shot by the legendary Richard Burbridge, the campaign features the engaging beauty’s stunning sea-green eyes behind soft, orange-hued lenses of a pair of Tom’s chic sunglasses. The new collection is available now!

Singer and fashion darling Frank Ocean has announced the opening of his newest venture, a luxury company and Bowery storefront called Homer. For the first Homer collection, Ocean + co are offering printed silk scarves and jewelry, made with materials like 18-karat gold, enamel, sterling silver, and lab–grown diamonds. The Homer products are designed in New York City and handmade in Italy. Opening today, the store will for the time being remain accessible via appointment only. So try to get a spot to shop some of the coolest finds in NYC!

The Neiman Marcus group has announced a total relaunch of its brand, with a focus on re-introducing itself to a younger audience fresh out of quarantine. The relaunch covers all the bases: a new website and digital shopping experience, new ads on current platforms like YouTube and NBCU, and last but not least, the relaunch of their iconic magazine and catalogue, The Book, which will include editorial photoshoots and interviews with trendsetters like Gabriella Hearst and Virgil Abloh. Now, all eyes on recently-hired fashion maestro Lisa Aiken… 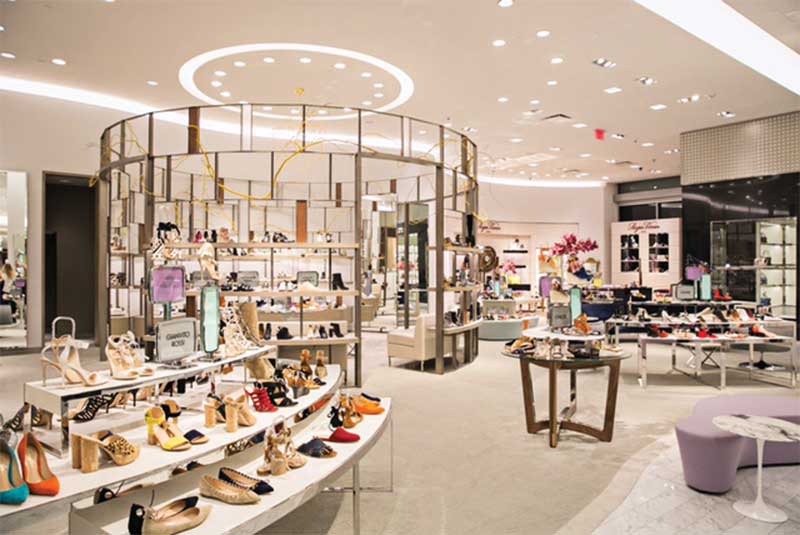 InStyle’s magnetic EIC Laura Brown is a force of a nature. She wasn’t going to let...