Daily News: Etsy Buys Depop For $1.6 Billion, Inside LoveShackFancy’s Heavenly Southampton Store, A NYC Pop-Up Not To Miss, And More!

Etsy snaps up Depop for a mega sum

Etsy has announced it’s acquisition of resale app Depop, to the tune of $1.6 billion. According to the New York Times, the cash deal is expected to close by the third quarter of the year. Depop’s long-since cemented its status as the preferred resale app of Gen Z, with 90% of its 30 million global users aged under 26-years-old. Etsy CEO Josh Silverman said the deal was a “significant opportunity” for both platforms to grow—with Etsy’s own apparel sector already being valued at $1 billion.

LoveShackFancy is officially open in Southampton

It’s a LSF world—and we’re just living in it. The ever-romantic fashion and lifestyle brand has opened its latest retail location, and true to form it’s pretty as a picture. Founder Rebecca Hessel Cohen grew up spending summers in the Hamptons, so it makes sense that she took inspiration from those nostalgic memories and the coastal vibe of the area for her second store Out East. Now open on 11 Main Street in Southampton, this new boutique gives fans of the rapidly expanding brand a first look at its new wallpaper, available in four vintage-inspired prints. Peek inside the whimsical haven below: 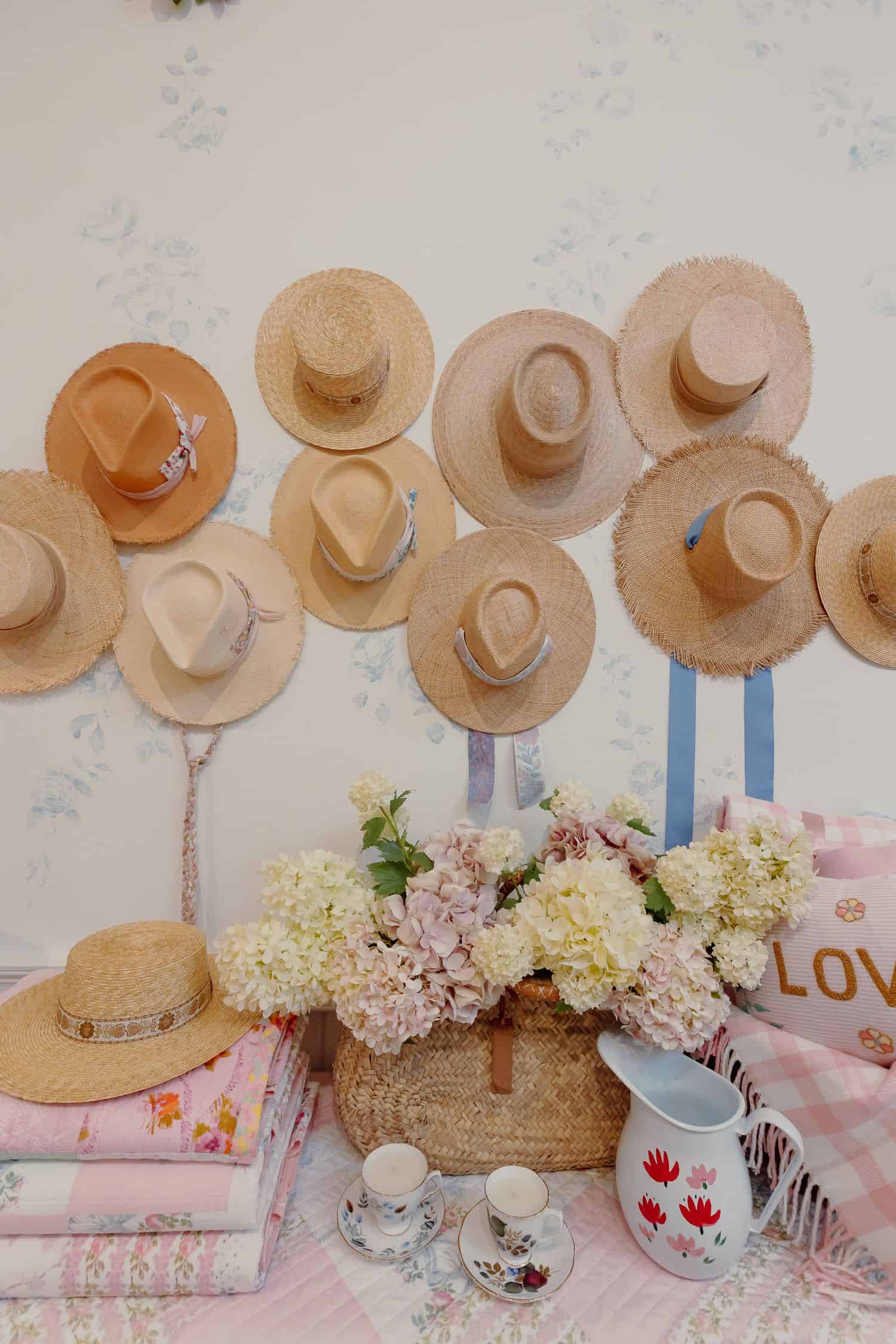 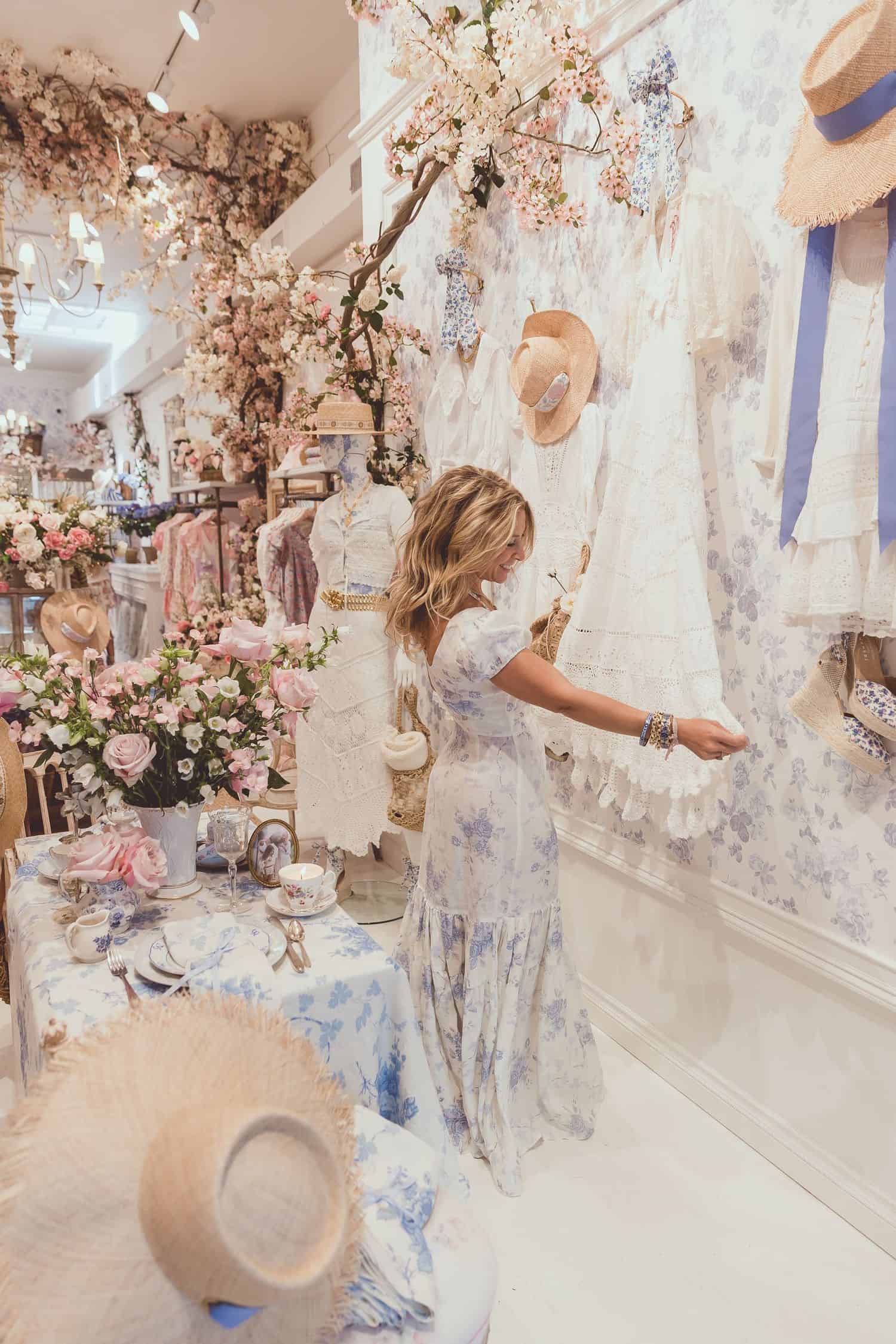 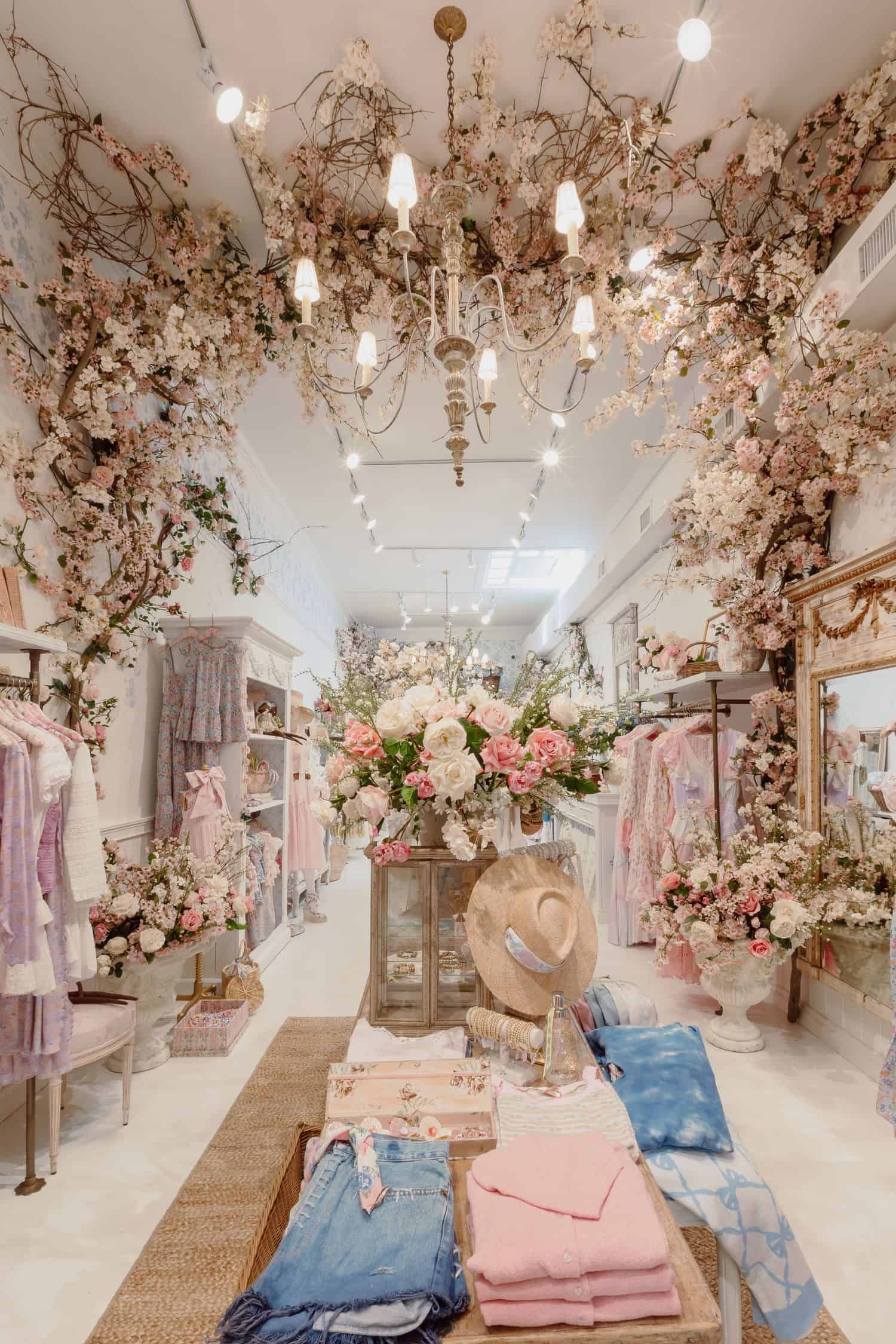 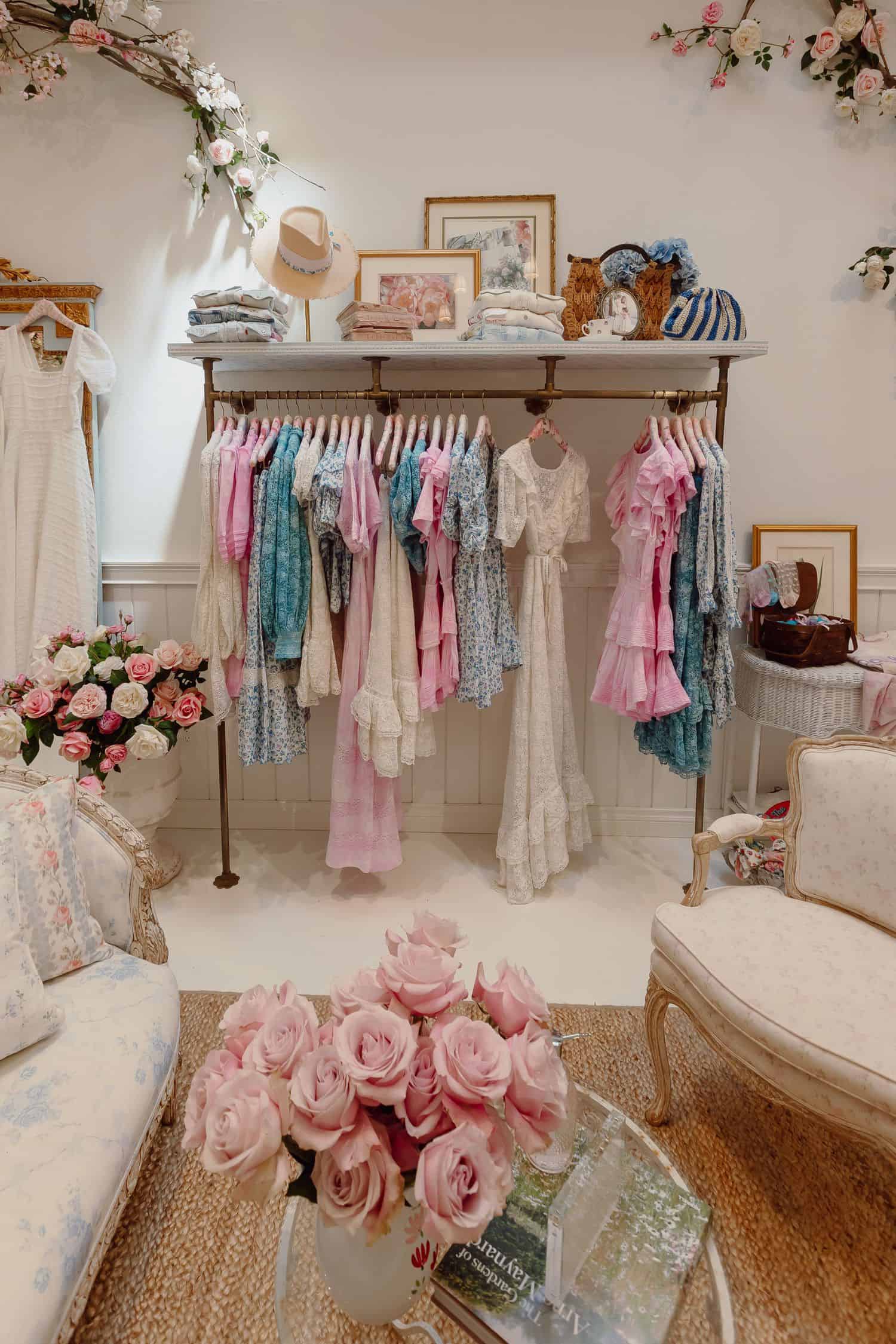 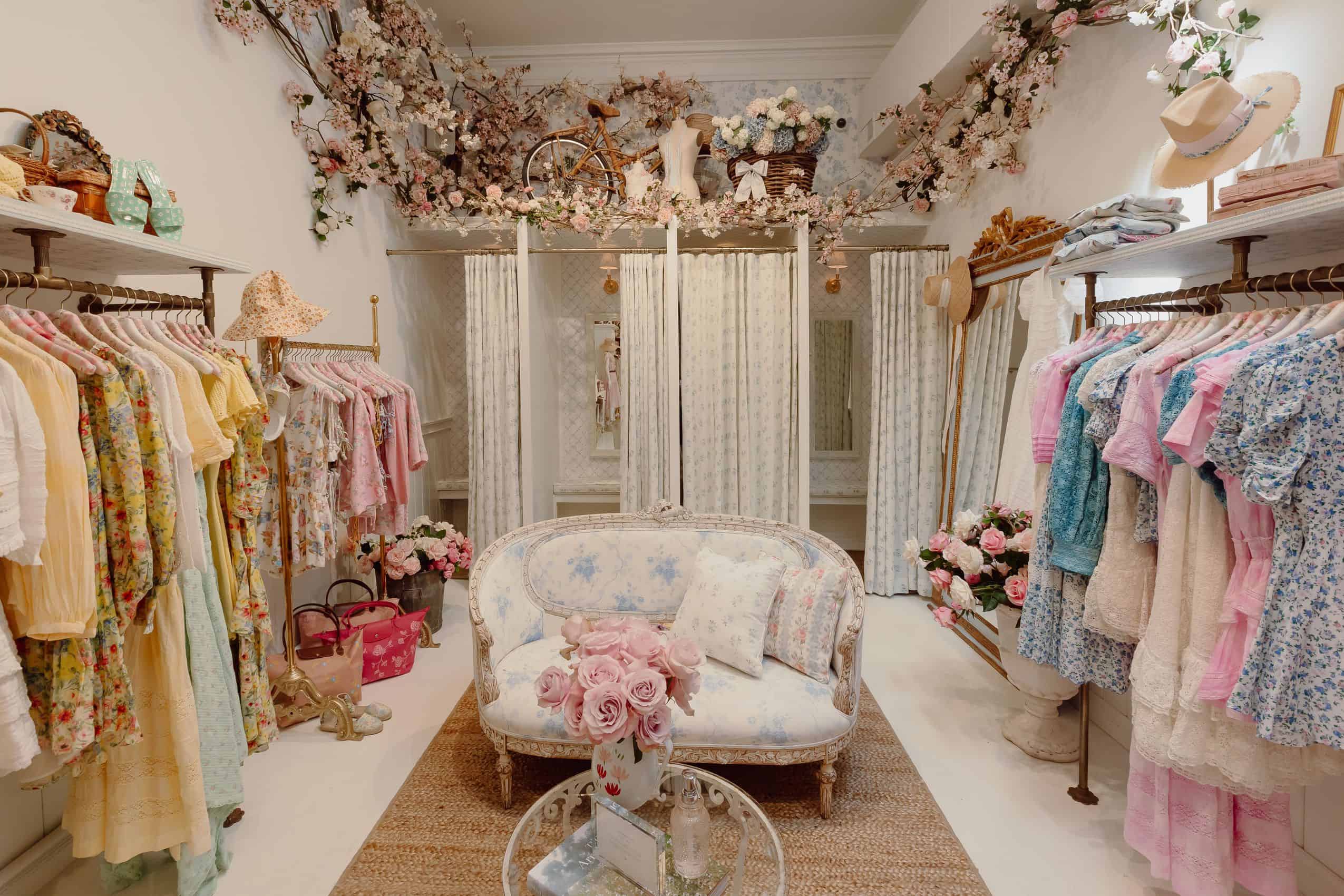 Ciao Lucia, the fashion brand which has won over fans in the likes of Kendall Jenner, Kaia Gerber, Emily Ratajkowski, Margot Robbie, and Gigi and Bella Hadid, is opening up a month-long pop-up at 23 Orchard Street. Opening its doors this Saturday, it’s the first time designer Lucy Akin has done an in-store experience. Having launched the brand in summer 2017, inspired by the nostalgic style of the French Riviera and the Amalfi Coast, you’ve probably already seen the perennially-popular Gabriela, Carolinne, and Alessia dresses all over your feed. La Dolce Vita vibes, in an instant.

What do you do when you celebrate turning 40 after a largely event-less global pandemic? You pull out all the stops, of course. Not only heralding the return of AFW, Camilla and Marc co-founder Camilla Freeman-Topper made sure the weekend was one to remember by hosting an all-out birthday shindig. The guest-list was a veritable who’s who of the Aussie fashion crowd, with model Georgia Fowler and her boyfriend Nathan Dallah, Sass & bide co-founder Sarah Jane Clarke, skincare guru Melanie Grant, designer Josh Goot, creative director Michelle Grey Campion, and her photographer husband Manolo Campion, among others. According to a little birdie, the pièce de résistance of the night was when Camilla’s hubby Dave surprise serenaded her over dinner. Chef’s kiss!

The ongoing pandemic has been a large factor responsible for increased mental health awareness...

When employees are seeking out new employment, health insurance is a close second behind...

Sophie and Charlotte Bickley Get to Know Alexa Eshaghian, The New York Based Fashion Stylist, Curator, and Designer

Congrats are in order for Irina Grechko, who’s been promoted to fashion director at Refinery29....