Britney Spears is in court today to address her 13-year-long conservatorship. It’s the first time the pop star has spoken out against her father, Jamie, and his unlawful claim over her $60 million net worth. The star delivered an impassioned speech in the California court hearing (appearing virtually). Spears said that she felt the need for an open court hearing due to how the industry has “done a good job at exploiting” her life thus far. “They should listen to what I have to say,” she continued. Her statement added, “A lot has happened since two years ago, the last time I was in court. I don’t think I was heard on any level when I came to court last time.” The mom-of-two detailed what was happening behind the scenes on her 2018 tour, whereby she was forced to change her medication. “Not only did my family not do a goddamn thing, my dad was all for it,” she said. “I’ve lied and told the whole world I’m okay and I”m happy. If I said that enough, maybe I’d become happy. … I’m in shock. I’m traumatized. … I’m so angry it’s insane.” The Louisiana-born performer also said that she didn’t know she could petition to end the conservatorship and that, as a result, she has no trust in people anymore and feels like she can’t “live a full life” due to the “abusive conservatorship.” Updates to follow. 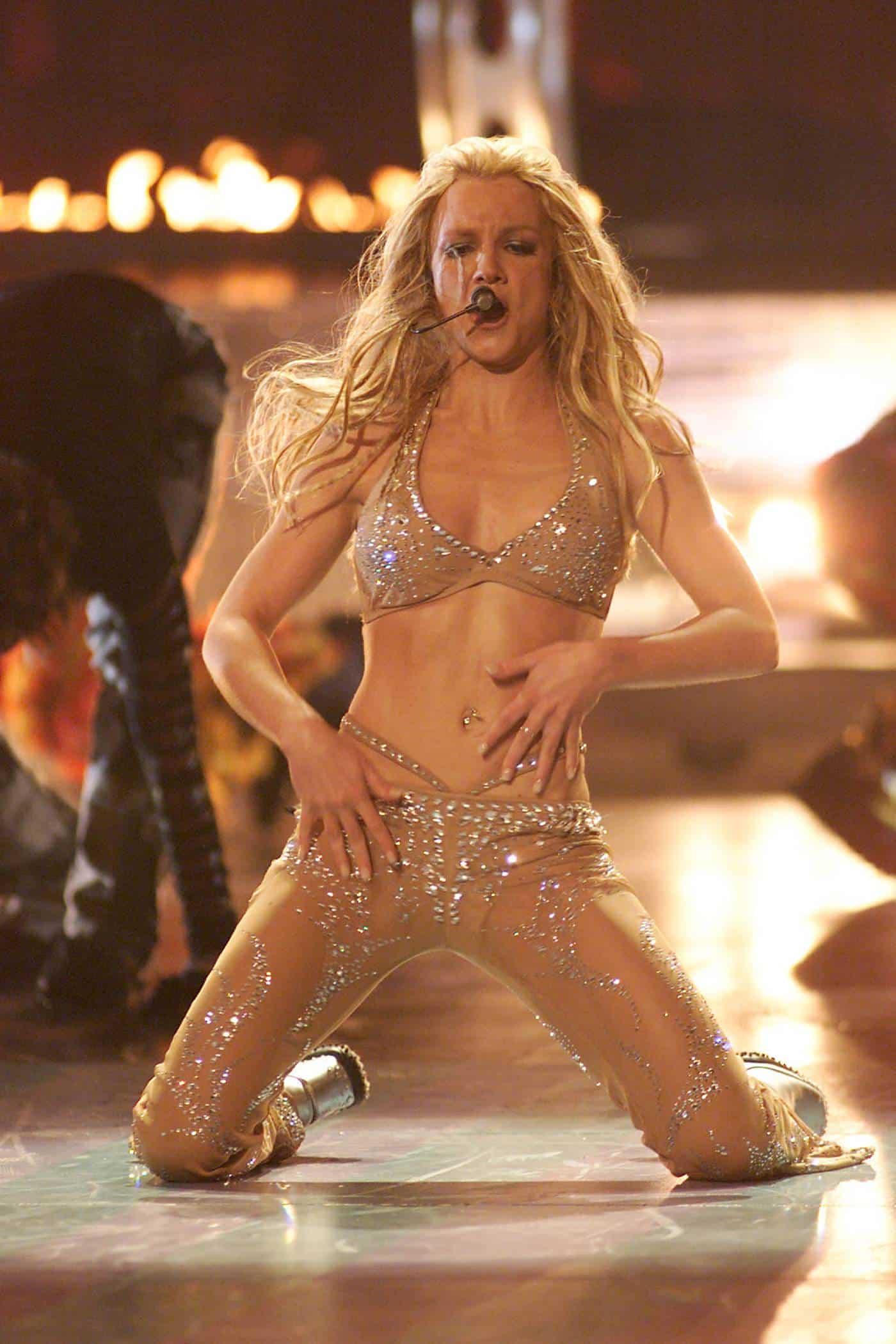 Ralph Lauren has launched its most desirable masculine fragrance yet—and with it, a ritzy hotspot for any and all to attend. In celebration of the launch of Ralph’s Club Eau de Parfum, the brand has launched an actual Ralph’s Club—or at least, a virtual get-together experience where people can connect, mingle, and view live events. As for the campaign, the brand tapped model stars Gigi Hadid, Luka Sabbat, Lucky Blue Smith, and Fai Khadra. The augmented reality experience, accessible by way of QR code, was inspired by the label’s ready to wear show in September 2019. Ralph’s Club will launch in the U.S. on Wednesday, and globally in August. The fragrance, which retails from $60 – $140, is currently available for purchase. Hey, if Gigi’s wearing it, count us in!

T minus two days until the Pride special you’ve been waiting for! In celebration of Pride Month, pop star Miley Cyrus has teamed up with streaming service Peacock for an hour-long concert special. The pre-filmed Miley Cyrus Presents: Stand By You event is scheduled to screen June 25 and will feature a studded list of famous guests, including Brothers Osbourne, Mickey Guyton, Little Big Town, Maren Morris, and Orville Peck. As for Cyrus’ performances, viewers can expect personalized renditions of classics Believe, Dancing Queen, and (gasp!) a Madonna medley. As for the fashion, expect a riot of glitter and rainbow hues—as teased by Cyrus in a Gucci number…

IMG Models RJ King and Charlie Knepper and friends threw a Pride bash “Daddy Disco” on Sunday on the roof of Creator House. The party was in support of New York Alternatives NYC, an organization that looks after homeless and at-risk LGBTQ+ youth. “Giving back to the LGBTQ+ community is essential, and we want the [non-essential] community to exemplify how fashion and nightlife can give back to its own people in an effortless way,” King tells The Daily.  The party welcomed co-host Yves, Stephen Gan, Drew Elliott, Prabal Gurung, Timo Weiland, David Ralph, Mark Foltz, Kendall Werts, Jared Feig, and Derek Walker. Music was courtesy of The Misshapes and King Lindo. The boys are planning more events this summer. 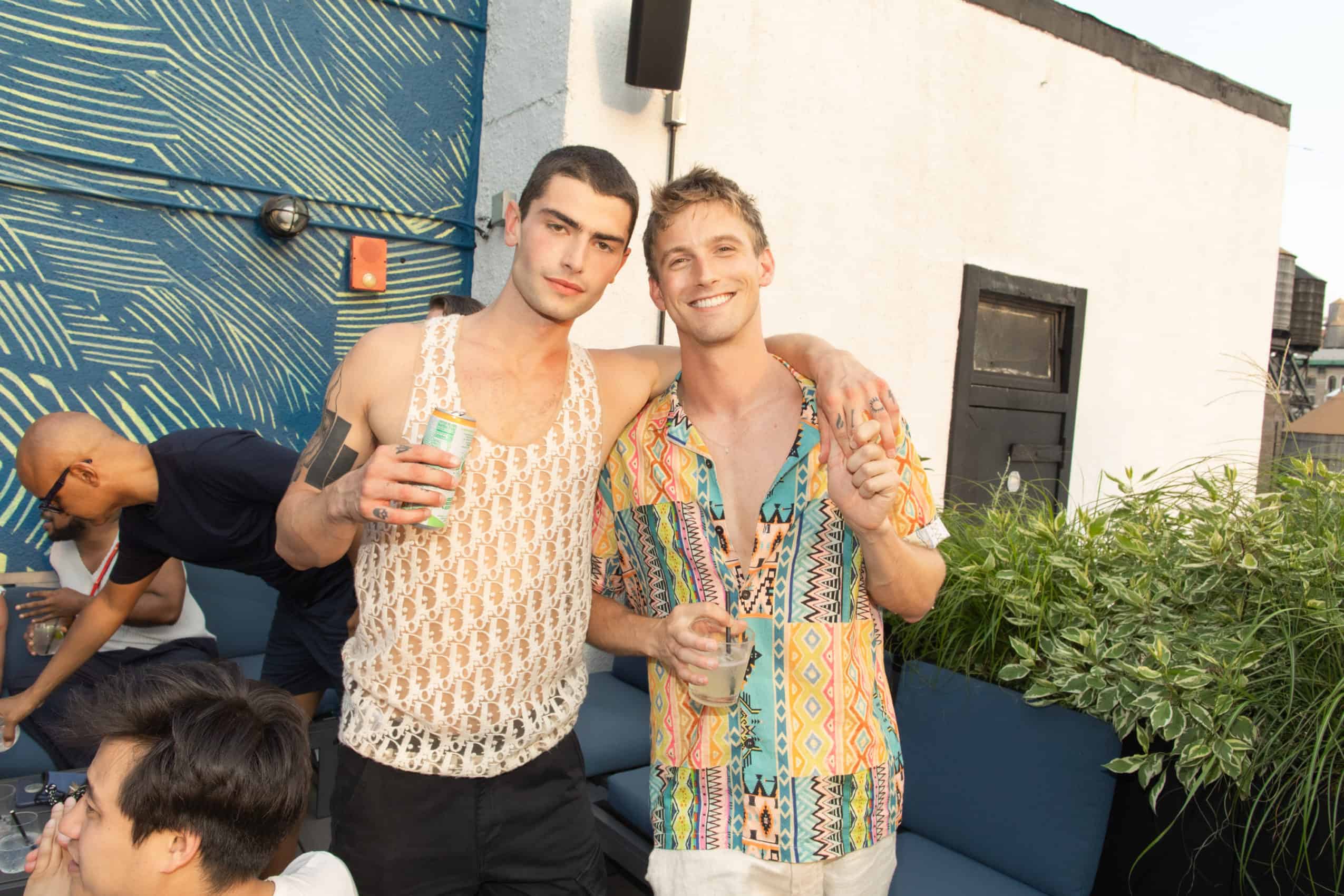 Big things are happening across the pond in Florence, where the beloved annual Pitti Uomo menswear tradeshow is gearing up for its centennial celebration. To mark the milestone, LVMH has teamed up with the tradeshow’s organizing company, Pitti Immagine, for an exclusive video that will present the nine finalists of the LVMH Prize. Filmed across Florence and inside the Renaissance Sala Ottagonale room at the tradeshow venue, the video will feature the collections of the prize’s finalists: Christopher John Rogers, Conner Ives, Colm Dillane, Biana Sanders, Charles de Vilmorin, Kika Vargas, Lukhanyo Mdingi, Nensi Dojaka, and Rui Zhou. Since its inception, the LVMH Prize has sought to support and promote the creativity of young designers. The tradeshow will run from June 30 – July 2 in Florence, Italy.

For its 100th birthday bash, Parisian fashion house Chanel has released a limited-edition collection inspired by one of its most acclaimed product, the Chanel No 5 Eau de Parfum. Titled “Factory 5 Collection,” it offers a range of 17 products—each of which emits the same scent as the century-old perfume. To convey the message that a Chanel product has the power to transform something mundane into something beautiful and luxurious, shower gels and body lotions alike are packaged in everyday consumer items (think: paint cans and shoe polish containers). The collection will be available for purchase online at Chanel and Selfridges beginning on June 29. Collector’s item!

Get ready—glitzed up tutus and the most refined leotards are a-coming! Joining the fold at New York City Ballet ahead of its upcoming ninth annual fashion gala are Christopher John Rogers and Esteban Cortázar. The gala, hosted by Sarah Jessica Parker, will double as the premiere of the company’s latest choreography by Sidra Bell and Andrea Miller—a fitting reveal for the costumes designed by Rogers and Cortázar. In years past, the gala has featured the work of Sarah Burton, Thom Browne, Virgil Abloh, and Dries Van Noten, among others. We’re excited for the fashion and arts world to collide at the Lincoln Center come September 30.

Joining the list of houses showing at Paris Fashion Week this fall, Burberry presented its Spring Summer ’22 menswear collection digitally from the runway today. The British fashion house is among many opting for a digital format, with Isabel Marant, Loewe, Dries Van Noten, and Rick Owens, among others, foregoing in-person runways once again. Tune in to watch the virtual catwalk here.

Manolo Blahnik traded a ribbon cutting for a marching band concert this week to commemorate the opening of its Madison Avenue doors. The young New York City-based troupe Brooklyn United attracted an excited following as it marched from the terrace above the store to outside the location’s entrance. The upbeat performance also featured model Mariah Castro, who joined the group with a percussion instrument. As for the fashion, Brooklyn United artists donned custom white-and-grey marching jackets, all of which were curated by Manolo Blahnik in collaboration with young Black designer Xarea Lockhart. The uber cool jam session, and its bespoke costumery, not only celebrated the opening, but also allowed the label to continue on its mission to promote and encourage emerging creatives.

Melissa Odabash awarded MBE in recognition of services to fashion

Sustainably-minded American swimwear designer Melissa Odabash has been awarded a major honor. Her Majesty The Queen appointed Odabash as an honorary Member of the Most Excellent Order of the British Empire (MBE)—in honor of her services to international fashion industry. Announcing the news proudly, a spokesperson for the U.K.-based brand said: “When the brand was first established the swimwear landscape was a far cry from what it has become today. As a fashion company solely owned and run by a woman, Melissa Odabash has helped forge a path for other aspiring designers to follow in her footsteps.” Congrats!

Launching today, the American Express’ Shop Small Initiative will include a $100 million+ global commitment to inspire shoppers to support small businesses affected by the pandemic. Due to the increase in digital spending over the last year, AmEx has partnered with Pinterest—a platform many have used to sell their goods—to launch a first-of-its-kind Pinterest Shop. The digital shopping spot will direct shoppers to products from small businesses, including women-owned and Black-owned businesses. The partnership will also see AmEx release Shop Small offers—redeemable at small businesses—for card members and merchants alike. The initiative comes as a continuation of the financial corporation’s year-round Shop Small campaign, which began in 2020 with a $200 million commitment to kickstart small business spending. 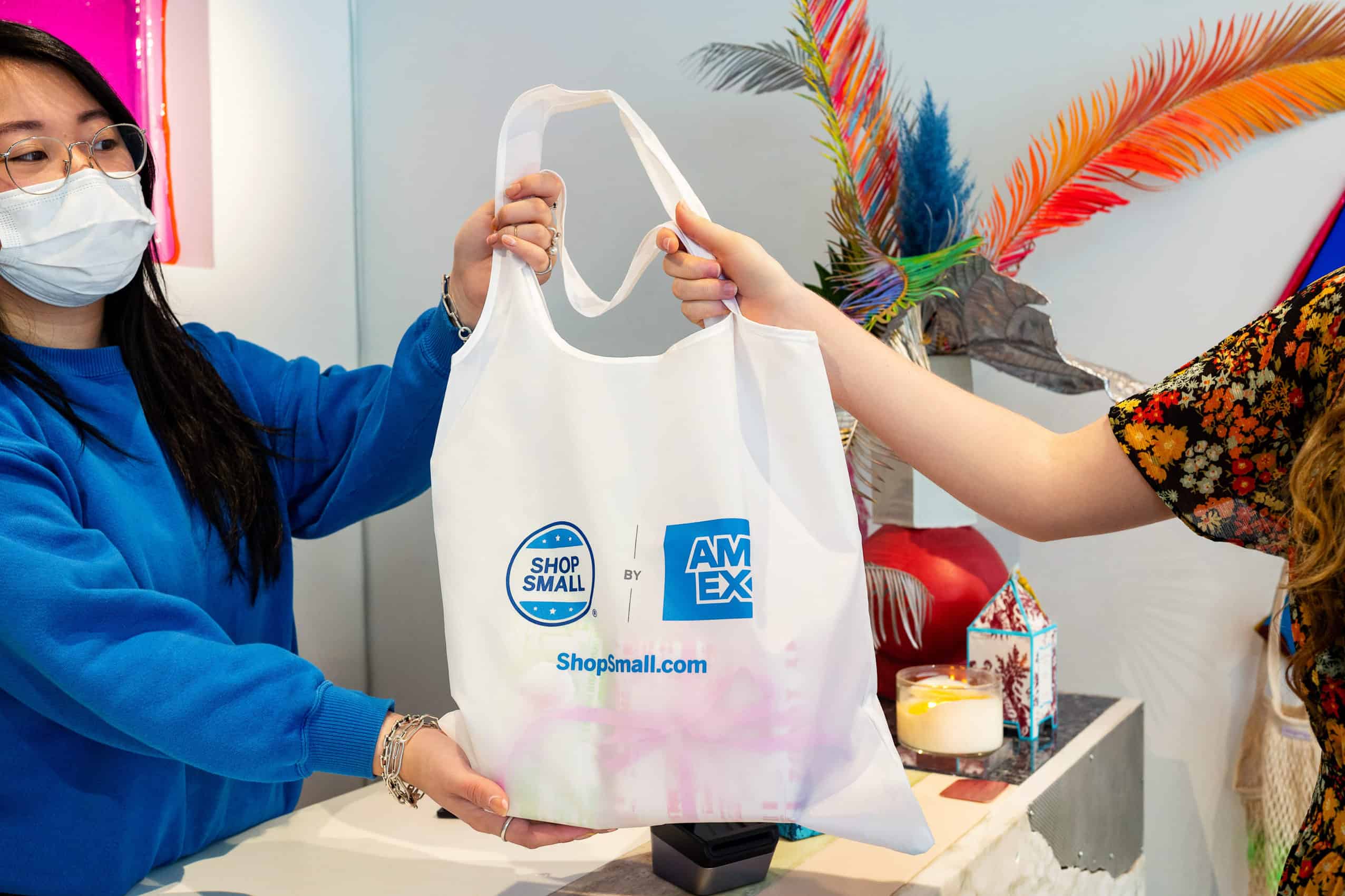 Come August 7, the SASF will take to the beach for its first annual beachside fundraiser. At the summer bash, which will run from 7PM to 11PM at Gin Lane Beach (located to the left of the Bathing Corporation), guests can expect a fun-filled evening with cocktails (a tequila station serving “DOGaritas” is included, of course!), dancing, hors d’oeuvre by Seasons of Southampton, treats by Tate’s and Baked Cravings, music from DJ Team Camner, and a bonfire for s’mores toasting. Plus, all partygoers will be greeted by pups on the way in! All proceeds raised during the event will go directly toward’s SASF’s shelter rescue program. 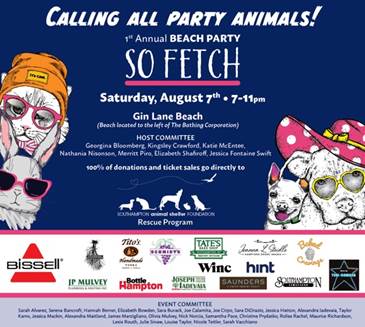