The exploding spiked seltzers and canned cocktail category continues to explode, to the extent where it’s become a minefield navigating your local bodega fridge or placing a boozy delivery order online. We’re nothing if not selfless, so we’ve scoured the market for you and done some taste testing on your behalf. Consider this your cheat sheet to the options that stand head and shoulders above the rest.

Pioneering clean tequila seltzer brand Volley is as blissfully simple as it gets. When founders Chris and Camila looked beyond the labels of what they were drinking and saw that was actually in most spiked seltzers, they put pen to paper and came up with their own offering that had just three ingredients. Say hello to Volley, which contains only organic juice, sparkling water, and premium 100% blue agave tequila from the highlands of Jalisco in each ~100 calorie can. The brand offers four flavors—Zesty Lime​,​ Spicy Ginger​, ​Sharp Grapefruit,​ and ​Tropical Mango—and is currently furthering its commitment to sustainability by hosting beach cleanups and outdoor educational events around the country in partnership with Leave No Trace. We’ll drink to that! 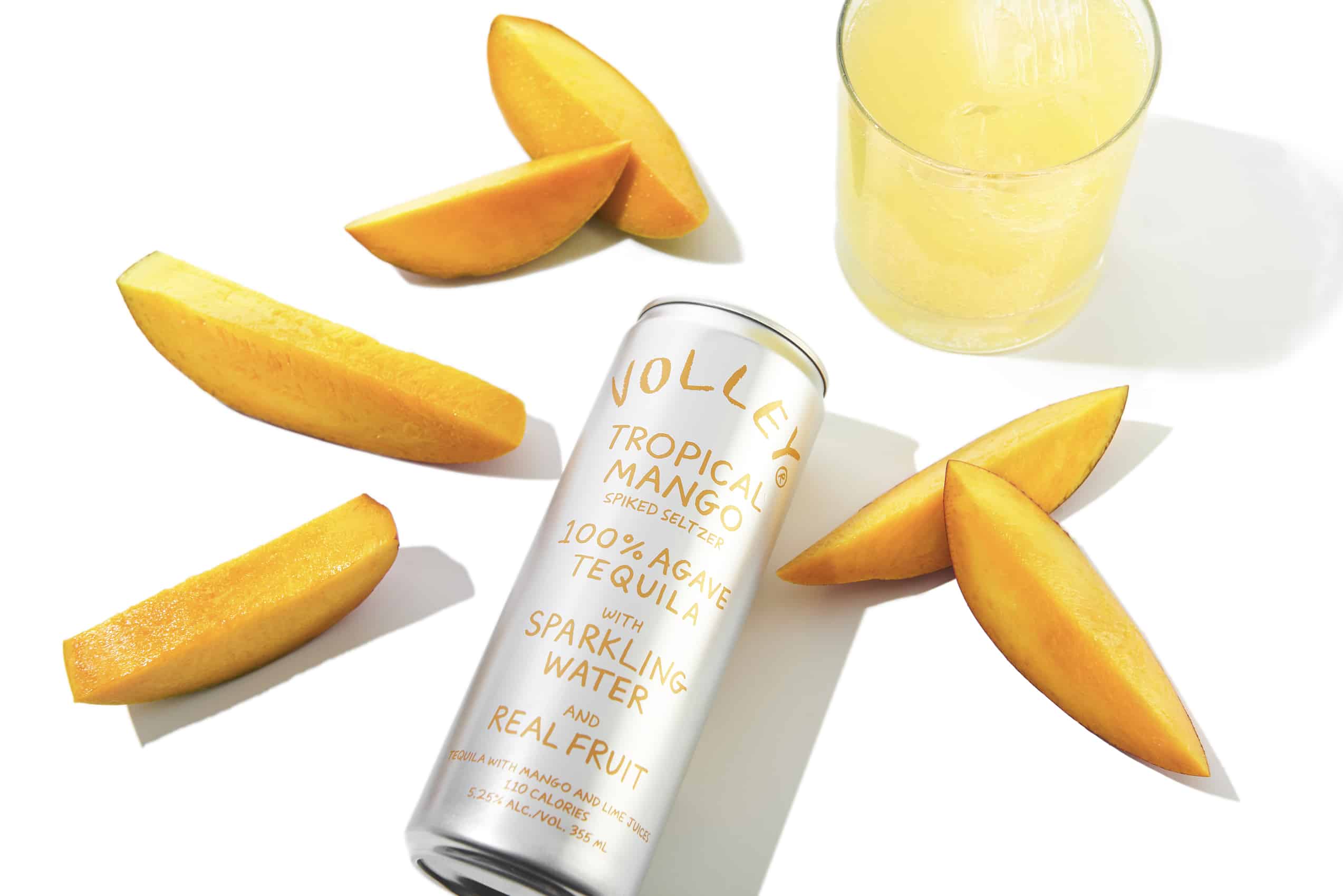 Ahead of your next park hang, this clean canned wine is one you should know about. The Vice Wine’s selection of refreshing canned Napa Valley wines includes our new favorite, Bubbly Rosé. Not only does it boast notes of watermelon, red apple skin, blood orange, and spring flowers, it comes in at just 90 calories, contains no residual sugar, and is low in sulfites. Practically perfect in every way! 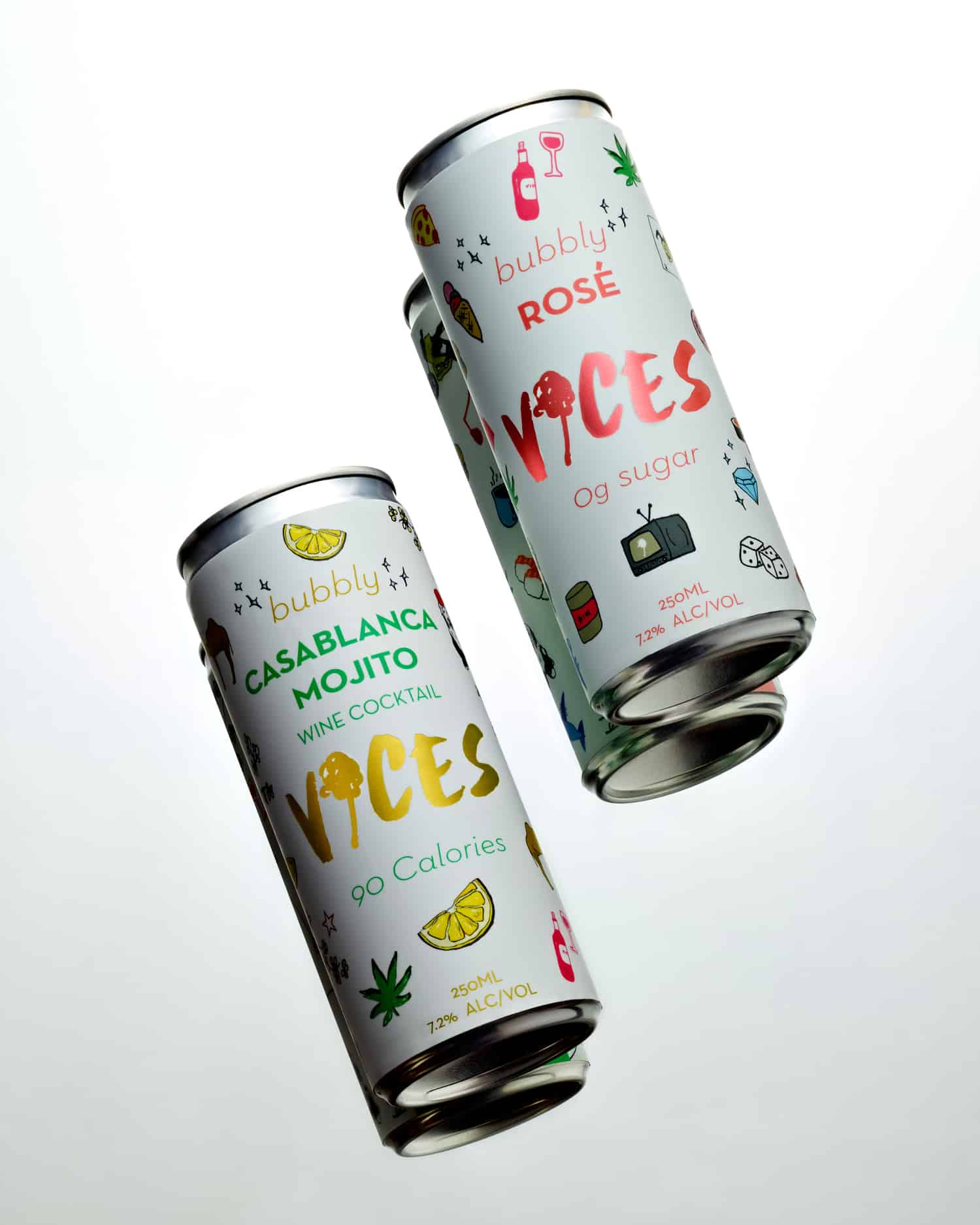 Bring the sunshine state to you with one of these award-winning organic craft cocktails. The Wynwood, Miami-based company has found fans nationwide thanks to offerings like its gluten-free, non-GMO Organic SPRITZ line which comes in mouthwatering flavors including Organic Bellini, Margarita, Mimosa, Paloma, and Sangria SPRITZ. It’s also Goop-approved…though we can’t vouch for it being part of a five-a-day juice cleanse. Still, this is our version of balance! 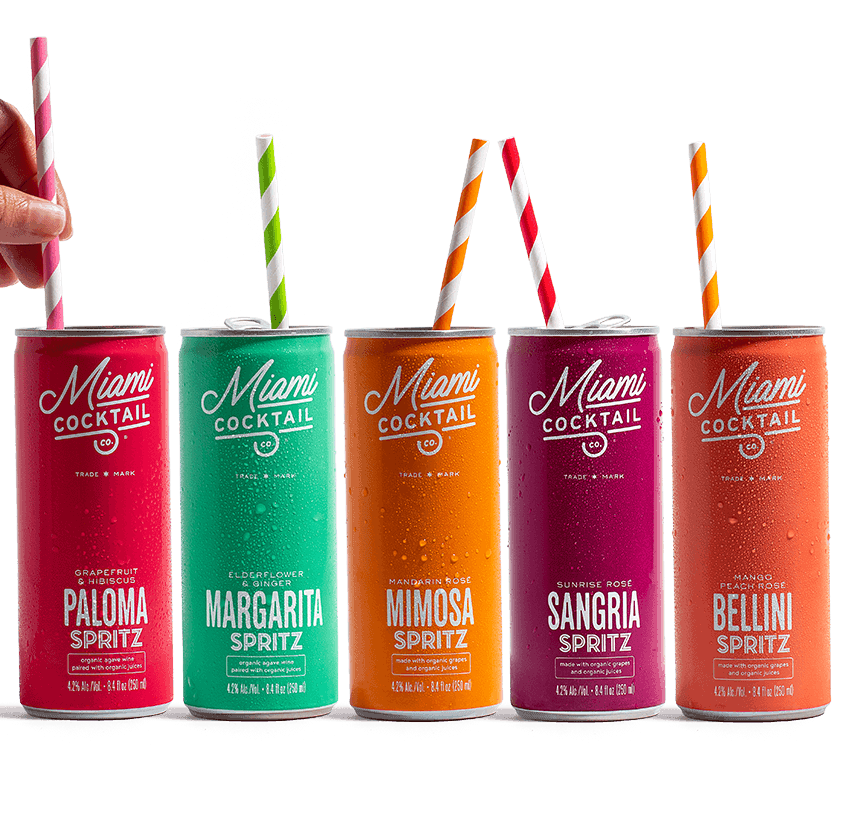 Looking for a one-stop shop for your next canned cocktail assortment? Say hello to Cutwater, which houses everything from spiked coldbrew to Bloody Marys under one roof, making your next online order easier than ever. The company also has two award-winning multipacks: vodka soda 8-packs and a tequila soda 6-pack. What’s more, Cutwater launched Cocktail Pops—yes, literal boozy popsicles—for the ultimate summertime sip. 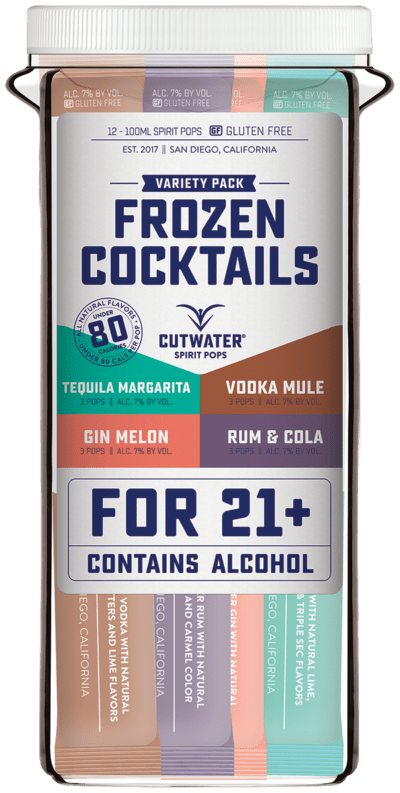 Launched in summer 2014 (making it one of the OGs on the market), Fishers Island Lemonade has built up a cult following of sorts. The now-famous recipe was inspired by the signature house cocktail at Long Island’s The Pequot Inn: premium vodka, barrel-aged whiskey, lemon, and honey. The rest, as they say, is history. New versions include Fishers Island Spiked Tea, Fishers Island Pink Flamingo, Fishers Island Fizz, and Fishers Island Spirit Pops. If you’re looking for us, we’ll be busy taste testing…. 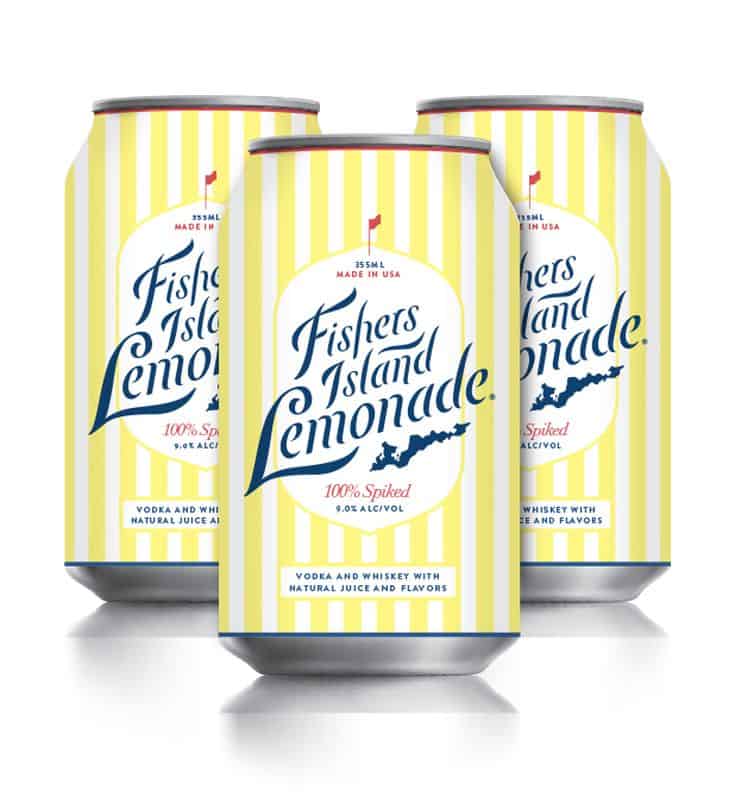 Bring the taste of Brazil right to you, no plane tickets required, with these canned caipirinhas. Launched in 2019 by the company famous for its cachaças, Novo Fogo offers three easily-transportable versions on the crowd pleasing cocktail—all made with 100% natural ingredients. Make ours an Original Lime, if you’re asking. 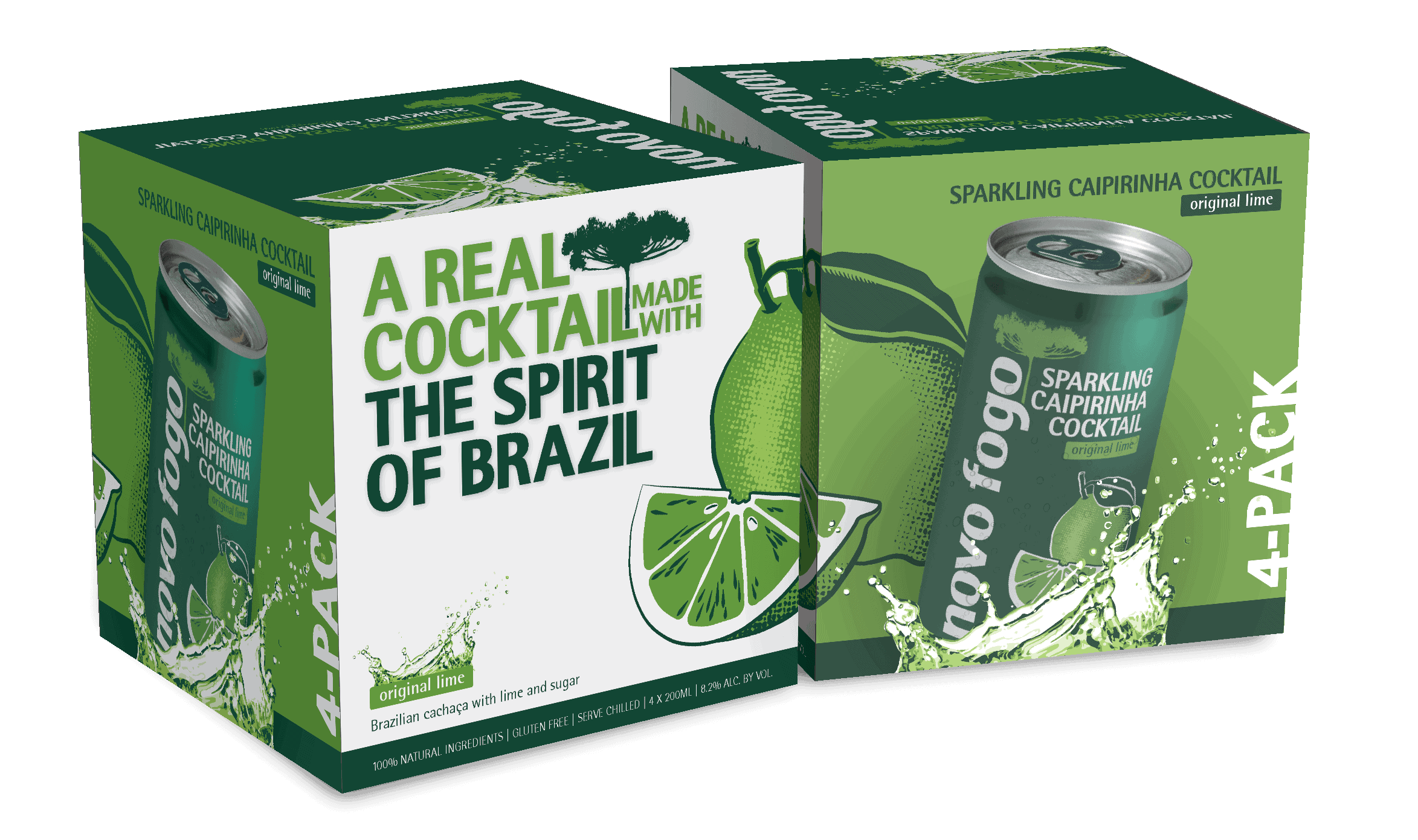 Inspired by Santa Monica’s infamously scene-y bar The Bungalow (IFY, YK!), five friends and former co-workers cottoned on to how popular Moscow Mules were becoming and decided to make it easier than ever to drink ’em. The brave soldiers tried out some 70 versions of the cocktail over seven months until they perfected the secret sauce. The result of their gallant efforts, ‘Merican Mule, now offers four styles, and they promise there’s more to come. Somehow, we don’t doubt it…. 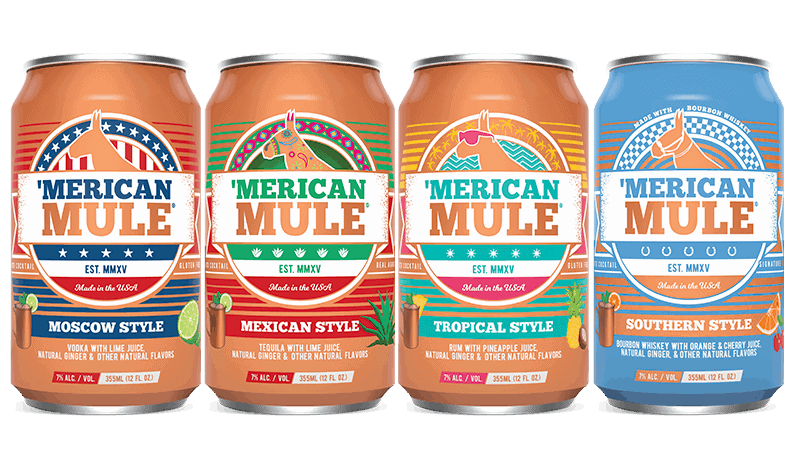 Fans of The Fat Jew, aka Josh Ostrovsky, will be already in the loop about Babe Rosé; the lil sis of White Girl Rosé. Ostrovsky and Tanner and David Oliver Cohen launches the canned, take-anywhere bubbly cans a few summers ago and the newest members of the fold are Babe Grigio and Babe Red. Oh, did we mention it’s 12% ABV….?! You’ve been warned. 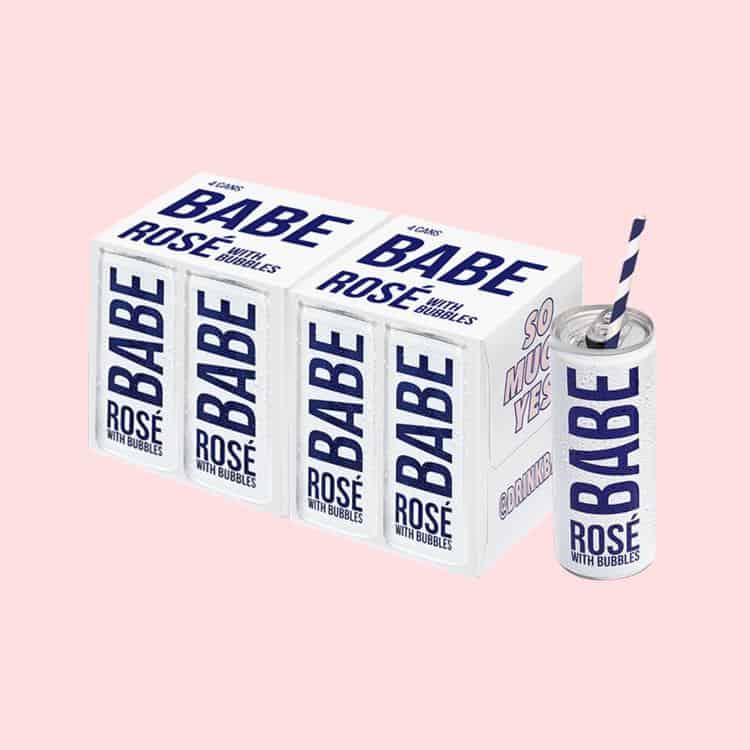 Got some recs for canned cocktails we simply must try? Let us know in the comments below!