Camille Grammer Drags Erika Jayne For Shedding Tears On RHOBH Over Her Divorce And Legal Issues – Suggests She Was Fake-Crying! 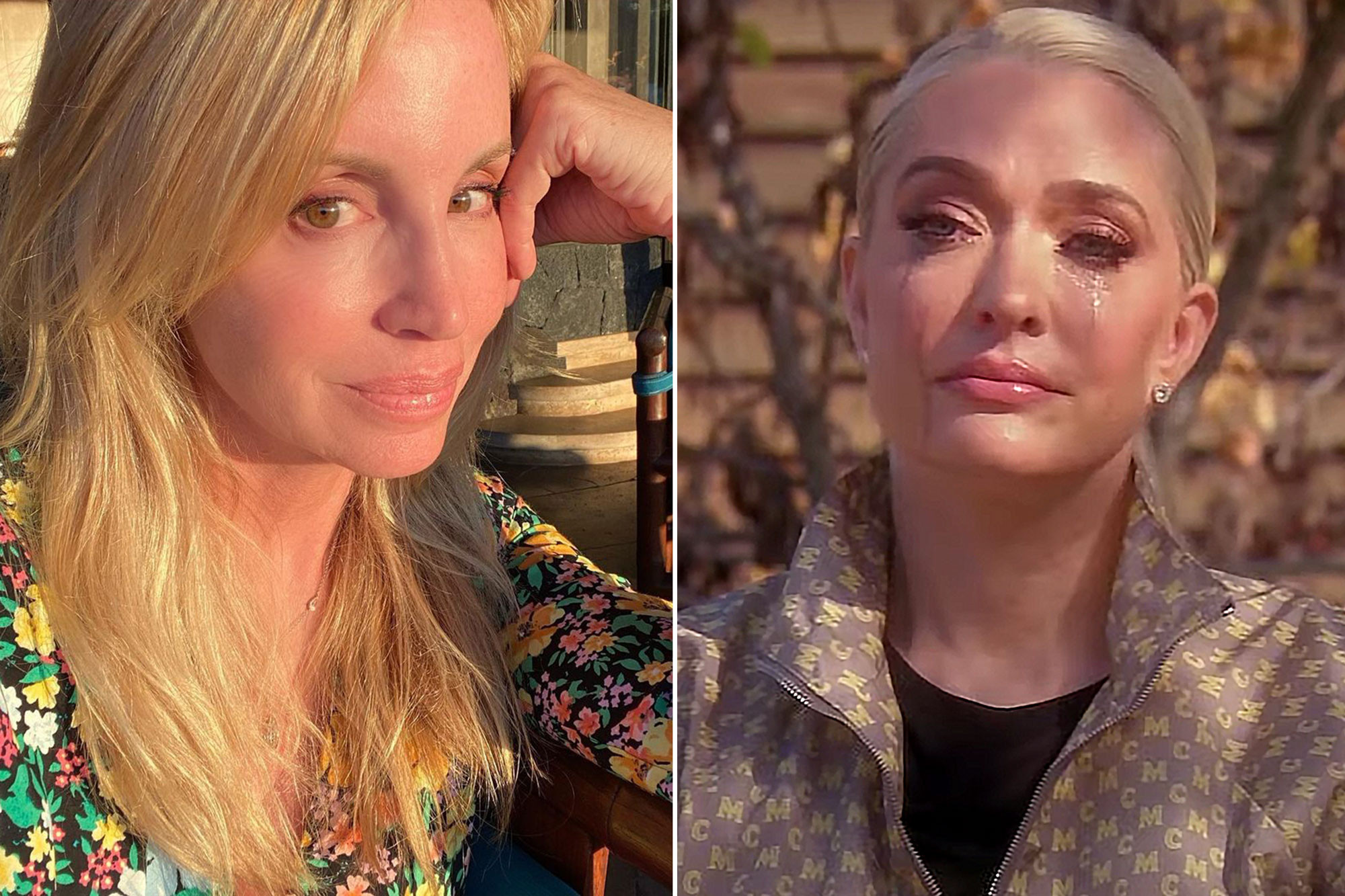 As viewers of Real Housewives of Beverly Hills know, during yesterday’s episode, Erika Jayne got really emotional about her divorce and legal issues but Camille Grammer is not convinced that she was being authentic! That being said, she dragged the other woman, throwing some serious shade at her!

The former RHOBH star checked out this week’s episode of the show and decided she wasn’t moved by Erika’s tears.
During this episode, Erika Jayne opened up about her divorce while tears ran down her face along with her mascara.

RELATED: Lisa Vanderpump Fans Are Relishing The Rumors That Erika Jayne Got Demoted For RHOBH Season 10

It started with one fan tweeting at Camille: ‘I wish you were there to yell ‘Shut it down!!’ every time that Erika started to cry.’

Soon after, the woman responded, saying that: ‘We filmed in the Bahamas in season 9 and we were swimming in the water. I do not remember seeing EJ’s mascara running after swimming. Just saying.’

RELATED: Kris Jenner Finally Tells Ellen Whether She’ll Show Up On ‘RHOBH’ Or Not

This was, of course her way of suggesting that Erika may have used a non-waterproof mascara on purpose so her crying looked more dramatic for the cameras, which also implies her tears were fake as well!

However, not everyone agreed of course and Lisa Rinna came to Erika’s defence, tweeting: ‘Oh someone needs attention ok sweetie. still an a**hole on Twitter.’

Indeed, Lisa has told Camille in the past that she acts like a total ‘a**hole’ on social media and she wanted to point out that her opinion hasn’t changed.

As for what Erika cried about on the RHOBH episode, she was in fact, addressing the accusations that she stole settlement funds and faked her divorce just to hide assets.

Instead, Erika insisted that she had no idea about her ex-husband, Tom Girardi’s, legal woes.

‘I kept asking. And I was continuously shut out. I [pleaded], begged, I tried. I pushed as hard as I could until I could not push anymore,’ she said, getting emotional on camera.

David Adefeso is teaching his fans and followers all they need to know about starting...

Jordyn Woods shared some footage and new pics from a date with her boo and fans cannot...

Erica Mena just advertised a really cool product for the hair. Check out the post that...