The brand might have left social media, but Bottega Veneta isn’t immune to online criticism. A recent private fashion show for influencers, editors, and celebrities held at Berlin’s infamous Berghain nightclub was slammed on Instagram, as commentors questioned why an event was being hosted while the German city remains on strict lockdown. The April 9 event was intended to showcase Salon 02, aka the Fall ’21, collection to VIPs including Virgil Abloh, Stefano Pilati, Honey Dijon, and Skepta. “This is a slap in the face to all berliners. Its our sixth month in lockdown and its taking a toll. Disgusting,” one person wrote, while another sarcastically said, “And in the meanwhile us “normal” people have a 9pm curfew in 3rd lockdown with rising infection numbers, love it.” The afterparty at Soho House was also widely-criticized, with an enraged commentor expressing, “This makes me sick.”

Balmain teams up with Maluma

Columbian singer and rapper Maluma has achieved one of his bucket list dreams: working on a fashion collab! The star has joined forces with his friend Olivier Rousteing, creative director of Balmain, to release a limited-edition collection of ready to wear—punchy neon hues meets Miami Vice vibes!—and sneakers. The collaboration, launching today, was initially intended to coincide with the performer’s latest tour, which has been rescheduled due to the pandemic. In tandem with the collaboration, Balmain has also created a special playlist that’s available now on Apple Music. Speaking about the project, Rousteing said: “This Balmain-Maluma seamless mix of music and fashion makes perfect sense, of course. It reflects this house’s distinctive DNA, in which music and fashion are thoroughly intertwined—and neither Maluma nor I could ever conceive of fashion without a full helping of music (or vice-versa).” Get it while it’s hot! 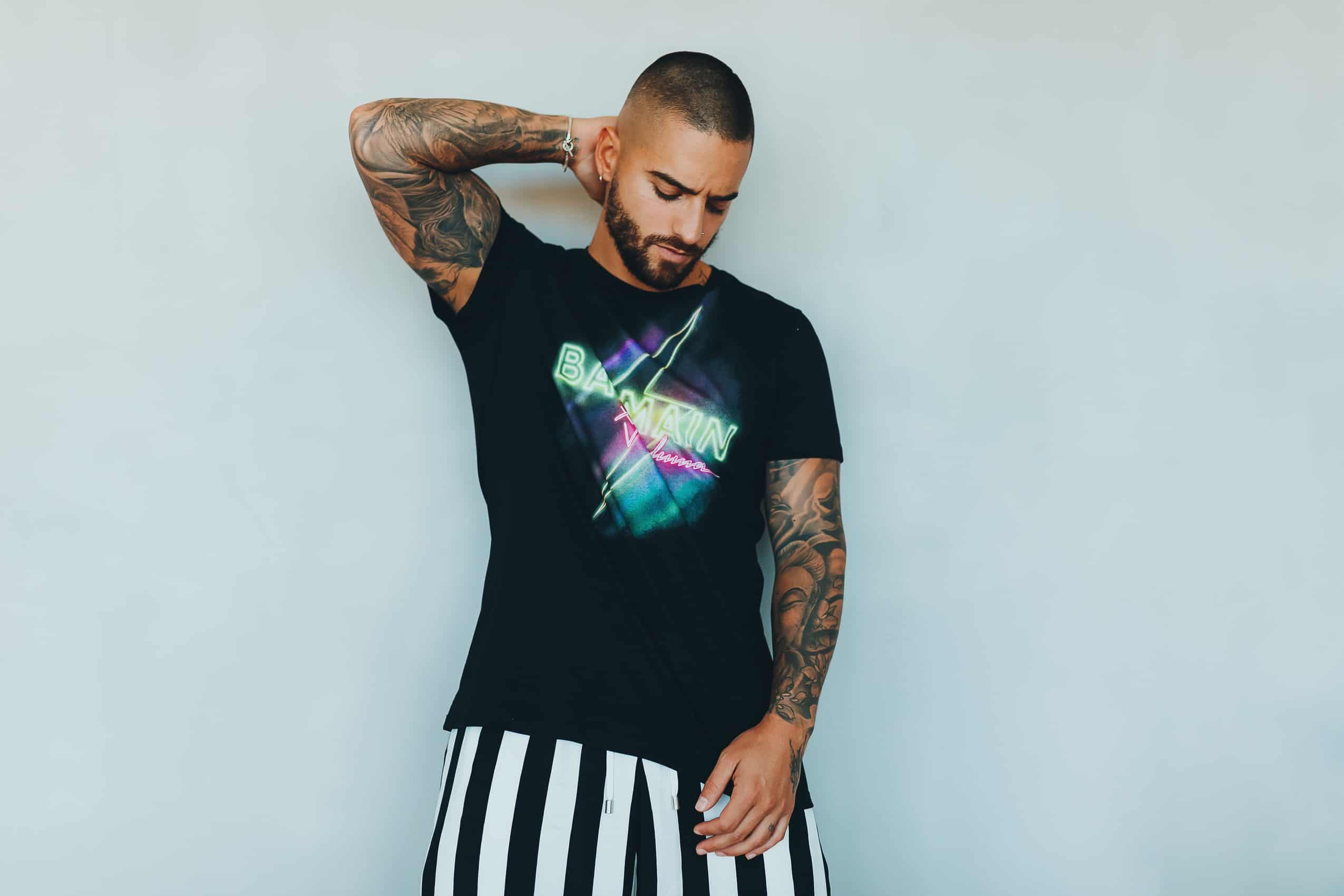 Celebrity-favorite Australian brand Camilla and Marc, known for its elegant and minimally-leaning ready to wear pieces, has released its latest initiative to benefit UNSW Ovarian Cancer Research Group. To announce the new unisex limited-edition hoodie and t-shirt (which will donate 100% of proceeds to the organization) the brand enlisted a group of NYC-based creatives to star in the campaign and raise awareness. Participants include Leandra Medine Cohen, Tina Leung, stylist Allison Bornstein, models Aamito Lagum, Aube Jolicoeur, and Bruna Tenorio (with her baby Guy!), and influencers Brianna Lance, and Joanna and Sarah Halpin. The cause is incredibly personal to designer siblings Camilla Freeman-Topper and Marc Freeman, as they lost their mother to the deadly illness when they were still children. So far, their ongoing campaign has raised over $225,000. Shop the hoodie and t-shirt here. 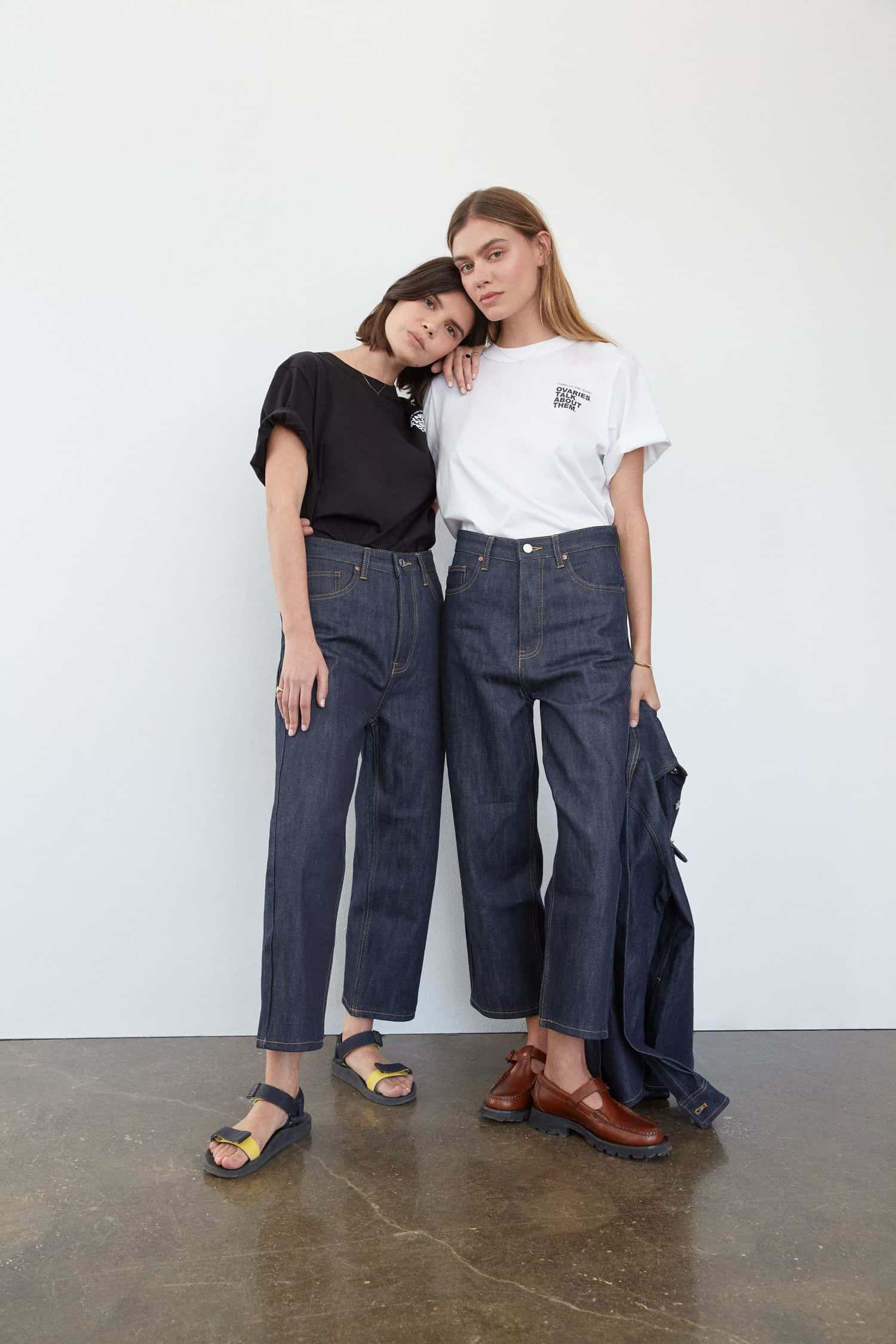 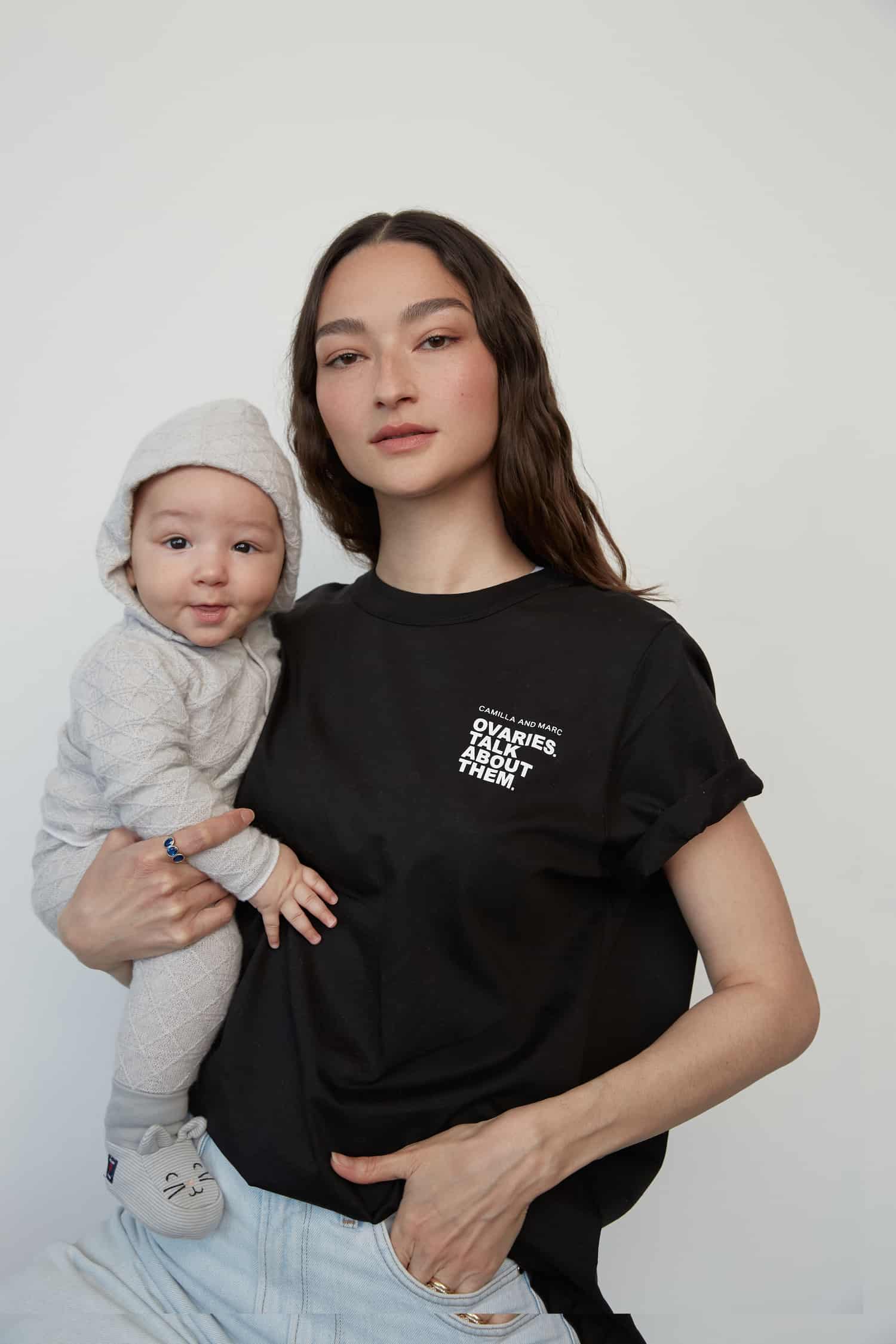 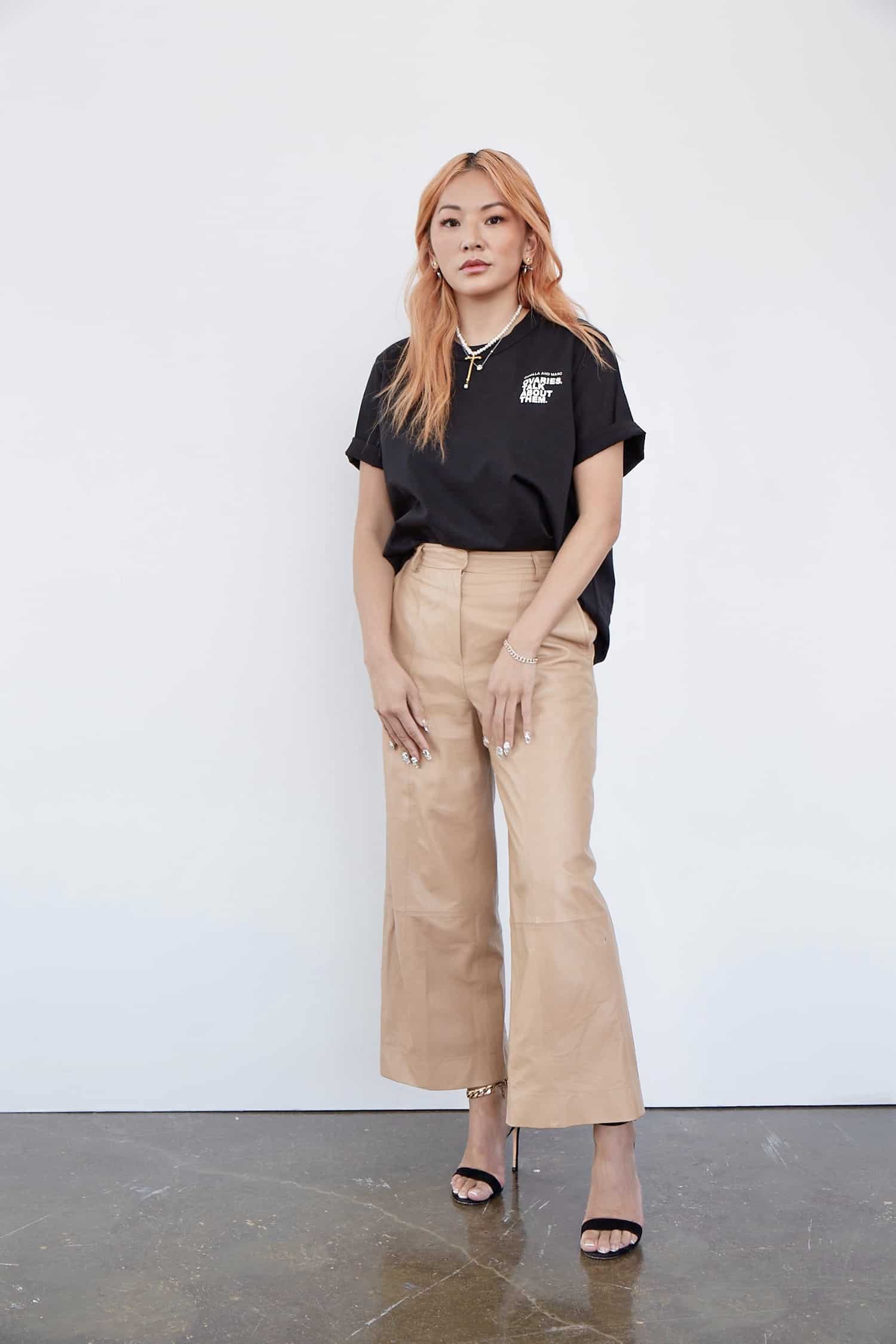 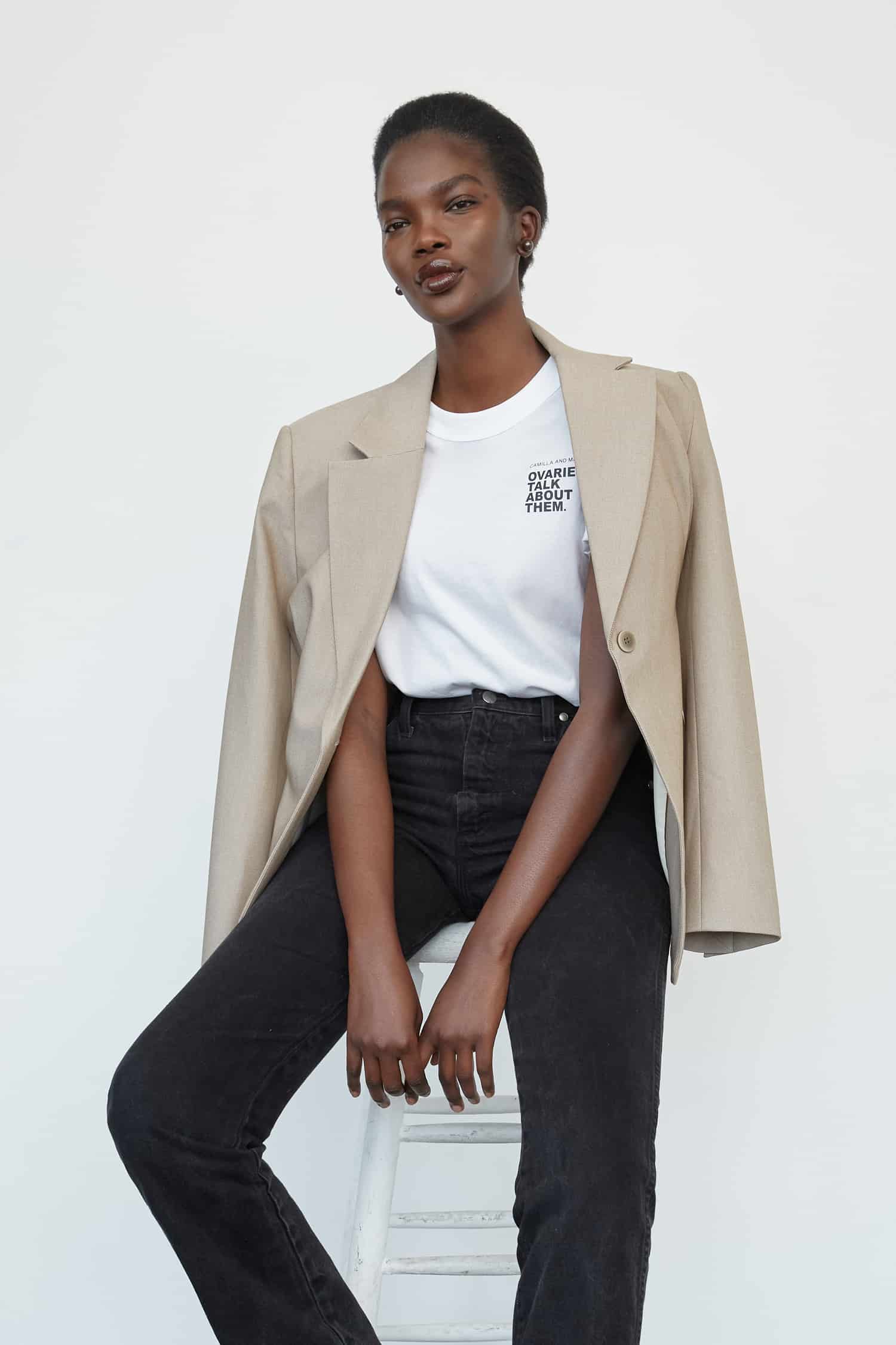 Legendary ’90s super Kristen McMenamy has joined Instagram, and in just a week, her quirky posts which showcase her inimitable personal style have earned her a couple of thousand followers. The 56-year-old might even be taking notes from her model daughter Lily, who’s already amassed some 40,000 followers on the platform. Regardless, we’re living for her posts—as are her longtime industry BFFs Christy Turlington and Amber Valetta, who’ve been leaving heart emojis in the comments sections on the regular.

Former Game of Thrones star Maisie Williams has a new role—off the screen, that is. The actress has been tapped by H&M to become their global sustainability ambassador for 2021. The gig will see Williams appear in a series of activations and campaigns throughout the year, in real life and virtually, in a bid to encourage consumers to reuse their unwanted garments. First up, the Briton will be transformed into a digital alter ego, Avatar Maisie, in a partnership with Animal Crossing (watch below!). The longterm goal is for the full H&M Group to use 100% recycled or other sustainably sourced materials by 2030. “It’s time to take action and create more viable production circuits in fashion to protect our planet for the next generation,” Williams said in a release.