East Enders, it’s set to be a stylish summer ahead! Tod’s is the new kid on the block. The brand’s seasonal pop-up is ornately decorated with Italian-inspired illustrations and coastal prints, and offers a selection of beach-ready men’s and women’s ready to wear, such as espadrilles, colorful totes, and the label’s signature Gommino loafers and sneakers. The pop-up also has exclusive pieces and collections to show for its East End crowd. Tod’s is no stranger to the Hamptons—having hosted previous activations and events around town. However this boutique marks the first time the brand has had a permanent presence Out East. 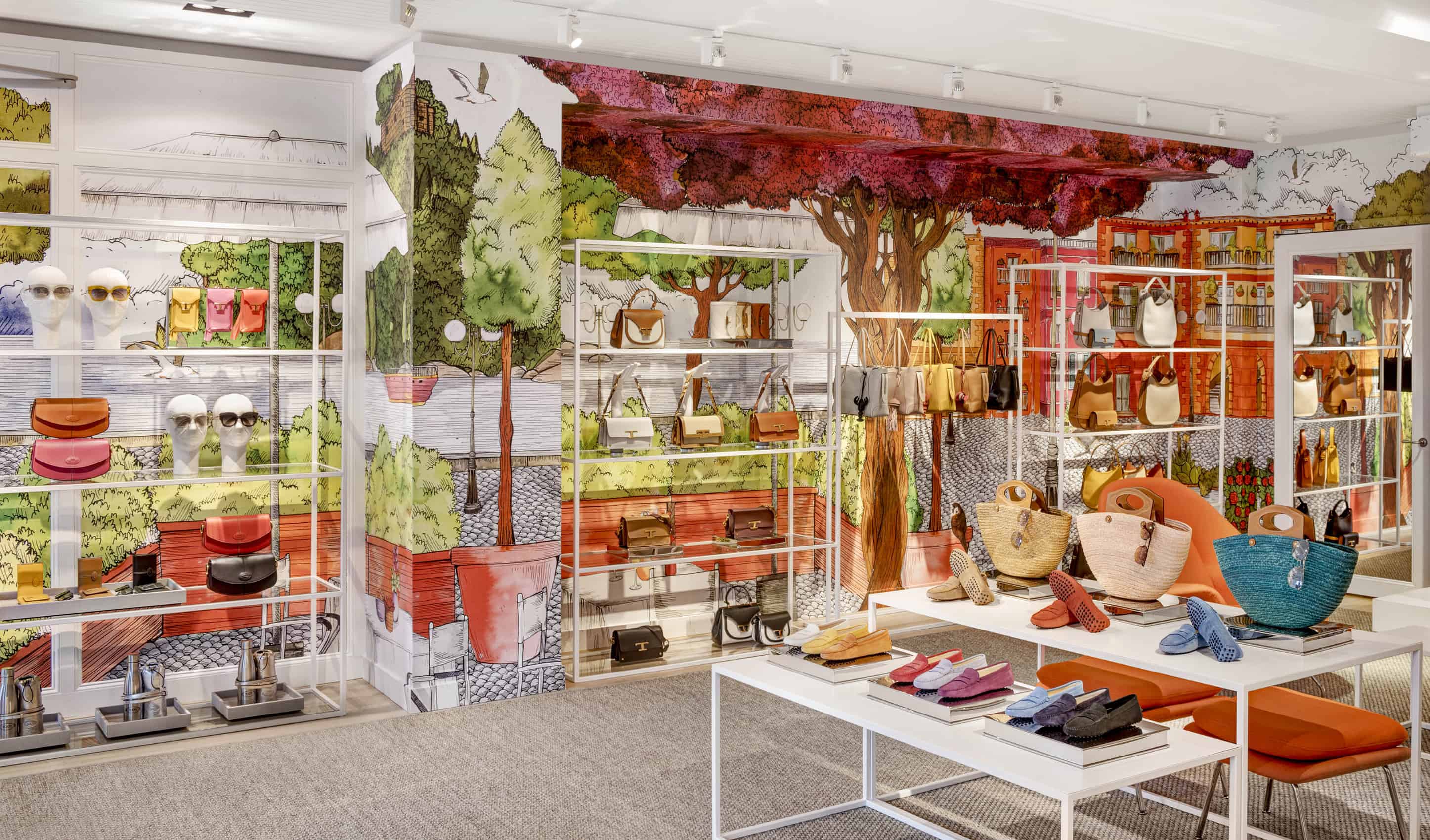 Following suit with the growing list of designers who plan on in-person shows this September, Michael Kors has announced that he will present his Spring 2022 collection to a live audience. The show, which is scheduled for September 10 at 10 AM, will likely be staged in an intimate setting—though the location is TBD. For those not in attendance, fear not—a digital experience will be offered during the live runway too. The upcoming return to IRL comes after Kors’ 40th anniversary show in April, when the devout theater fan rounded up a team of “Broadway legends” to record a preview in Times Square. When the time comes, be sure to tune in here for the live event!

Ring the bells—Grande and Dalton Gomez have wed! The couple said “I do” in their very own living room among an intimate crowd of family and friends on May 15. The even better news? The photos have been released to the world—and they’re making a convincing case for getting hitched at home! The couple, who began dating in January 2020 and were engaged last December, decided early on that a wedding at home was non-negotiable. The ceremony at their Montecito home—which was romantically decorated with candles and whimsical flower arrangements—didn’t skimp on glam either. The groom dressed in Tom Ford, while Ariana donned custom-made Vera Wang, who had promised Grande a white gown at a Met Gala a few years back!

In celebration of the LGBTQIA+ community, and the defining moments in a queer person’s journey, Calvin Klein released a Pride-inspired update to the #proudinmycalvins campaign. The continuation of the #proudinmycalvins movement is coupled with the release of the brand’s new Pride capsule—a collection of limited edition styles of rainbow-accented underwear, apparel, swim and accessories for her, him, and them. To commemorate the launch, the brand debuted an anthem video montage that features eight individuals, each of whom share their “moments of pride” in intimate settings. As part of the campaign, a series of short films will continue to be released throughout the year. Calvin Klein has also committed itself to a two-year partnership with The Trevor Project, the world’s largest suicide prevention and crisis intervention program for the LGBTQIA+ community, along with other pride-focused organizations to help promote them and inclusion within the community.

Vogue Scandinavia is coming soon—and with it, a brand new masthead. Announced earlier this morning, the 28th edition of the fashion bible has appointed a team of executives to head the publication, which is scheduled to be unveiled this August. The team includes: editor in chief Martina Bonnier, Shoe Expert Sandra Hagelstam (of 5 Inch and Up fame), Watch Expert Kristian Haagen, Sustainability Expert Celine Aagaard, Nature Expert Ása Steinars, Handbag Expert Marianne Theodorsen, and Music Expert Doris Daga. Coupled with the exciting announcement, a digital flagship was launched and will serve as a one-stop shop for readers, as the site will be the only destination to exclusively read and buy the publication—a nod to the new team’s commitment to sustainability. Plus, there will be a collector’s edition for Vogue subscribers—some Scandi decor for that underdressed coffee table of yours! The first issue is currently available for pre-order here.

The Italian fashion designer has always had bold—perhaps rebellious—taste, which makes his latest collaboration with unapologetically bold Italian wine label Ecco Domani undoubtedly apropos. The duo teamed up to commemorate the wine company’s 25th anniversary with a reimagined limited edition label, which is sure to make a colorful statement this summer! The label, which blends Scott’s signature irreverent aesthetic and ’90s-inspired tendencies (a nod to the era in which both brands were born), flaunts bold shapes, bright colors, and abstract graphics—designs Scott often turns to as creative director at Moschino. The exclusive Jeremy Scott x Ecco Domani label will be available for a limited time nationwide beginning June 2021, and will retail for $11.99. Cheers!

What: As part of its Summer ’21 offering, which was inspired by free-spirited and effortless...

What: Inspired by the beauty of spring and the wonder of nature, ETRO’s new White Magnolia...