Are Johnny Depp Friends Turning Their Backs On Him?


Johnny Depp certainly went through it in 2020 and now that the new year is here, he has hope things will get better. The award-winning actor is embroiled in a bitter legal case with his ex-wife Amber Heard and tabloids continue to run stories of how Depp’s career is over. In the upcoming January 11, 2021, issue of Star magazine, an article states that Johnny Depp‘s friends have abandoned him. The article cites Johnny’s friends such as Leonardo DiCaprio, Jude Law, and Channing Tatum as not having anything to do with the Black Mass actor now that he is at a low point. The article quoted a source who stated the following.

A lot of his former costars and friends are abandoning Johnny. The likes of Jude Law, Leonardo DiCaprio, and Channing Tatum have been back peddling on Johnny — and it’s making him furious.

The article continued to discuss Jude Law’s relationship with Johnny and went on to say that Johnny was very hurt about the way their friendship has turned out.

For a time, he and Johnny were brothers-in-arms as they filmed the second Fantastic Beasts movie. From Johnny’s perspective, Jude hasn’t lifted a finger to defend him.

Though Star reported that Johnny Depp’s friends were turning on him, there is one person who has faithfully stood by his side — Shane MacGowan.

Not only has Shane and Johnny been friends for over 30 years, but Johnny also produced the movie that looks at Shane’s life, Crock of Gold – A Few Rounds with Shane MacGowan.

Whether Star’s report is true remains to be seen, but Johnny’s friendship with Shane is rock solid.

Shane MacGowan recently shared the following photo of himself with Johnny Depp with this caption on his official Instagram account.

I can see a better time when all our dreams come true. #shanemacgowan #happynewyear #2021 📷 @victoriamaryclarke 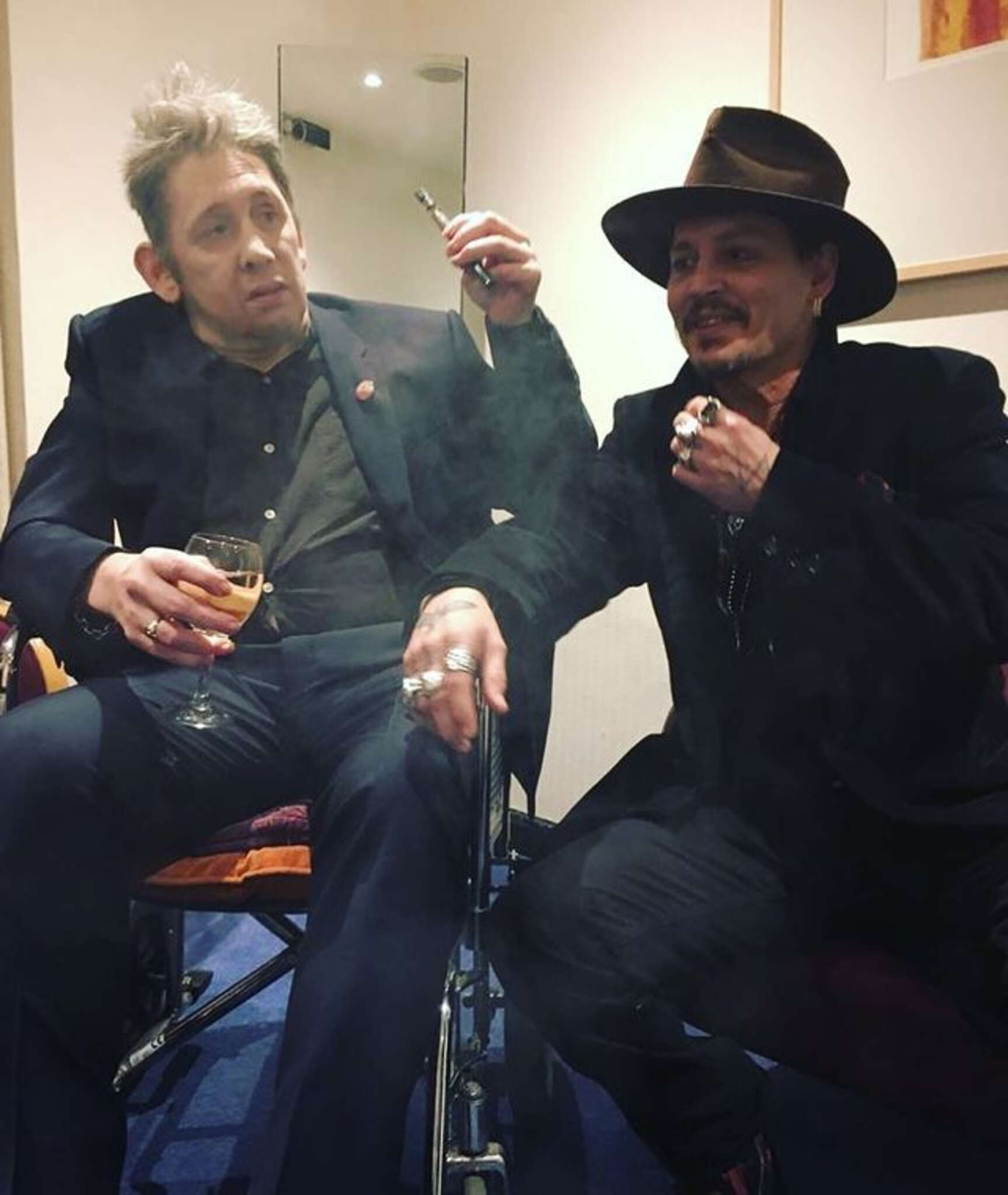 What do you think about Star’s report? Do you think Johnny Depp’s friends are abandoning him? Many people say that Johnny Depp’s career is ruined and he’ll never work again; but his new documentary, Crock of Gold – A Few Rounds with Shane MacGowan has been nominated for multiple awards.

What do you think about Johnny Depp’s legal issues with Amanda Heard? Do you want to see Johnny Depp star in movies again?

Tiny Harris is praising this new music and fans are in awe. Check out the post that...

August 4, 2021, No Comments on Toya Johnson Shares Pics From The Sunday Brunch – Check Them Out Here